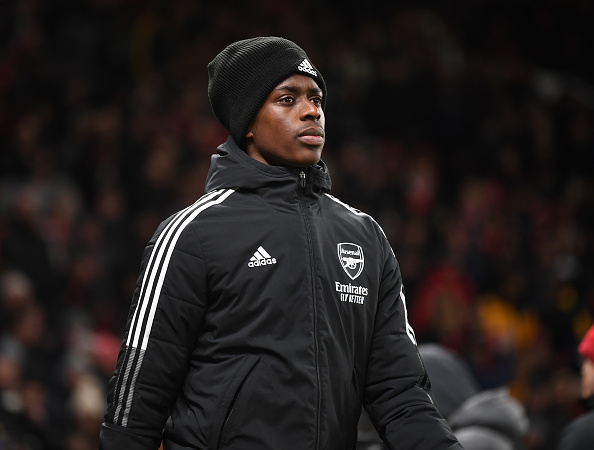 Albert Sambi Lokonga has tested positive for Covid and misses Arsenal’s clash against Leeds United, the club have confirmed.

The meeting at Elland Road is the only Premier League match taking place on Saturday due to coronavirus outbreaks at multiple clubs.

Aston Villa were due to take on Burnley at Villa Park on Saturday, but the clash was called off just hours before kick-off.

A total of six games have been postponed this weekend, with only three currently set to take place on Sunday.

Meanwhile, Mikel Arteta has named an unchanged starting XI to take on a depleted Leeds side hit by injuries.

Emile Smith Rowe remains a substitute despite coming off the bench to score in the 2-0 victory over West Ham in midweek.

Gabriel Martinelli retains his place in the side after his goal broke the deadlock against the Hammers.

There is no place for Pierre-Emerick Aubameyang in the squad again after the striker was stripped of the club captaincy earlier this week.

The Gabon international was left out of the win over Southampton after failing to return on time from a trip to France to visit his mother.

Arteta took action for the latest disciplinary breach by removing Aubameyang from his post, with the Spanish boss set to rely on a leadership group until a new skipper is selected.