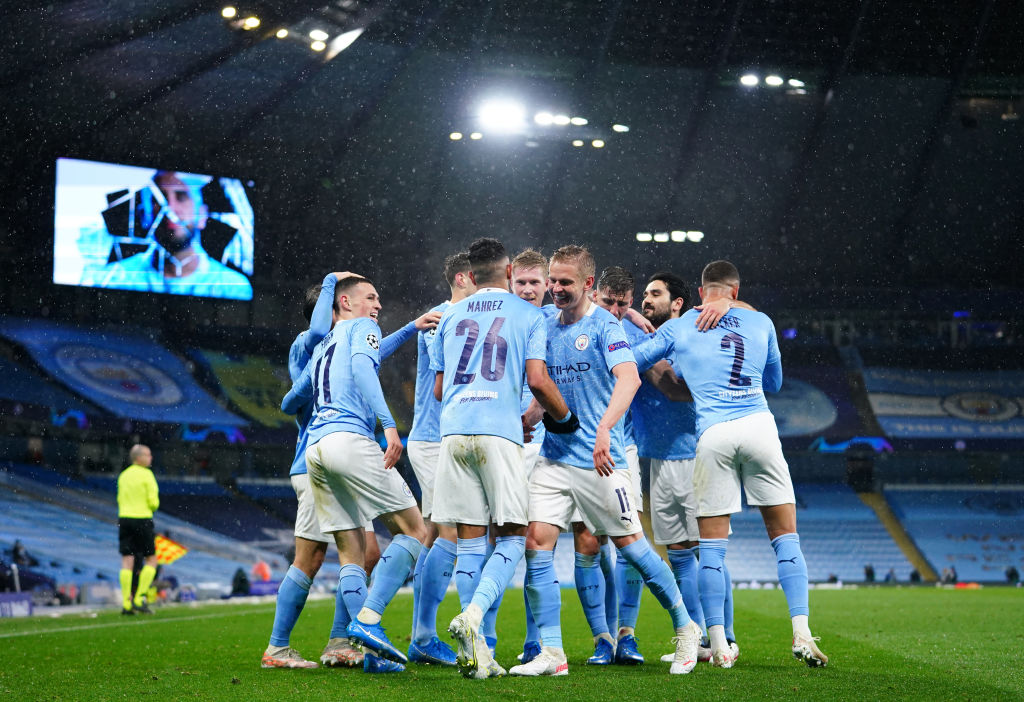 Having won the semi-final first leg 2-1 in Paris, Premier League champions-elect City produced another dominant performance at the Etihad, winning 2-0 to secure a 4-1 aggregate victory.

The win means Manchester City remain unbeaten in this year’s Champions League and manager Pep Guardiola has the chance to win the competition for the first time in ten years.

Man City, who are on the verge of becoming Premier League champions, will face either Chelsea or Real Madrid in the final on May 29.

Heavy rain battered the Etihad ahead of kick-off and hailstone covered the pitch as the semi-final tie began, with PSG immediately on the front foot as they searched for an away goal.

They believed they had been given the perfect chance to level the tie after only six minutes when referee Bjorn Kuipers pointed to the penalty spot for a handball, but the decision was correctly overturned through VAR after replays showed the ball had hit Oleksandr Zinchenko’s shoulder.

While the Manchester City midfielder failed to test PSG shot-stopper Keylor Navas, his effort was blocked into the path of Mahrez, who slotted through the legs of Abdou Diallo and Navas to extend the Premier League club’s lead.

Paris Saint-Germain, currently second in Ligue 1, attempted to reduce the deficit – Marquinhos hit the bar with a towering header and Angel di Maria almost caught Ederson off his line with a long-range strike – but Man City continued to look dangerous on the break and maintained their healthy advantage at half-time.

If the opening 45 minutes was an even affair, City dominated after the break and Phil Foden was twice denied by Navas before Mahrez scored his and the hosts’ second of the night.

De Bruyne and Foden combined superbly in the build-up and the England international squared a perfect cross for Mahrez to covert at the back post.

French champions PSG, bidding to becoming only the sixth Champions League runner-up to reach the final again following season, began to lose their cool and Di Maria was shown a straight red card for kicking out at Fernandinho.

Ahead in goals and personnel, Manchester City pushed for another goal, with Foden hitting the post after a brilliant run before being denied by the impressive Navas.

While City were unable to extend their lead, they were good value for their victory and will be confident of ending their wait for a Champions League, although in-form Chelsea and prolific winners Real Madrid still stand in their way.