Match report as Man City beat Arsenal 5-0 at the Etihad; Ilkay Gundogan, a Ferran Torres double, Gabriel Jesus and Rodri all on target for the hosts; the Gunners have Granit Xhaka sent off before half-time; City go top, while the visitors drop to the bottom of the Premier League 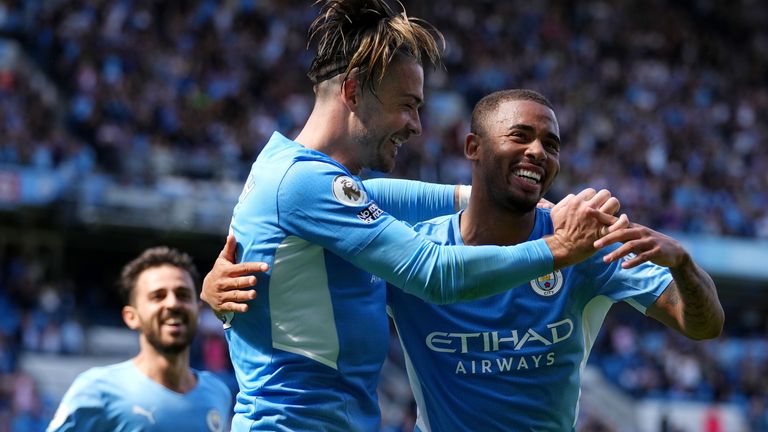 Arsenal’s difficult start to the season continued as they lost 5-0 at Manchester City on Saturday, with Granit Xhaka’s first-half red card only compounding the pressure on under-fire manager Mikel Arteta.

The Gunners, who arrived at the Etihad having lost their previous eight Premier League fixtures against City, made a terrible start after falling behind to Ilkay Gundogan’s seventh-minute header.

Gabriel Jesus added a third two minutes before the interval after fine approach play from Jack Grealish to end the game as a contest, with Torres heading in his second to complete the scoring six minutes from time.

Arsenal – who failed to have a shot on target in the match – drop to the bottom of the table after losing their opening three league fixtures of a season for the first time since 1954, while the champions go top ahead of Saturday afternoon’s contests.

City take on Leicester City at the King Power, while Arsenal face newly promoted Norwich City at the Emirates, with both Premier League games kicking off at 3pm next Saturday.