An 18-match unbeaten run stretching back to April has been supplemented by Klopp’s side rediscovering their clinical streak as they are averaging 2.8 goals per game this season, having scored three or more in their last six matches.

City, the team who dethroned Liverpool as Premier League champions last season and won at Anfield for the first time since 2003, have shown some fallibility.

They have already lost to Tottenham and Paris Saint-Germain but they remain formidable opposition, having conceded just one Premier League goal so far and scored five-plus goals on four occasions in all competitions.

But Liverpool are the league’s leading scorers and eight-goal Mohamed Salah is back on top form having scored in every match bar one this season.

“I’m not sure ‘easier’ is the right word but it is better,” said Klopp of their current form. “You don’t have to boost the confidence during the week so even when it’s not good on the training pitch you tell them: ‘It’s great, you look outstanding,’ which is what you have to do from time to time to get a more positive view on things again.

“We have a positive view at the moment and we like the football we play. We will use the pictures from the Chelsea [whom City beat last weekend] and PSG games but it is different to play Man City.

“It is a really special game of the season, every year, it is always the same. It has to be really high intensity because if it is not high intensity then City are really difficult to play against. 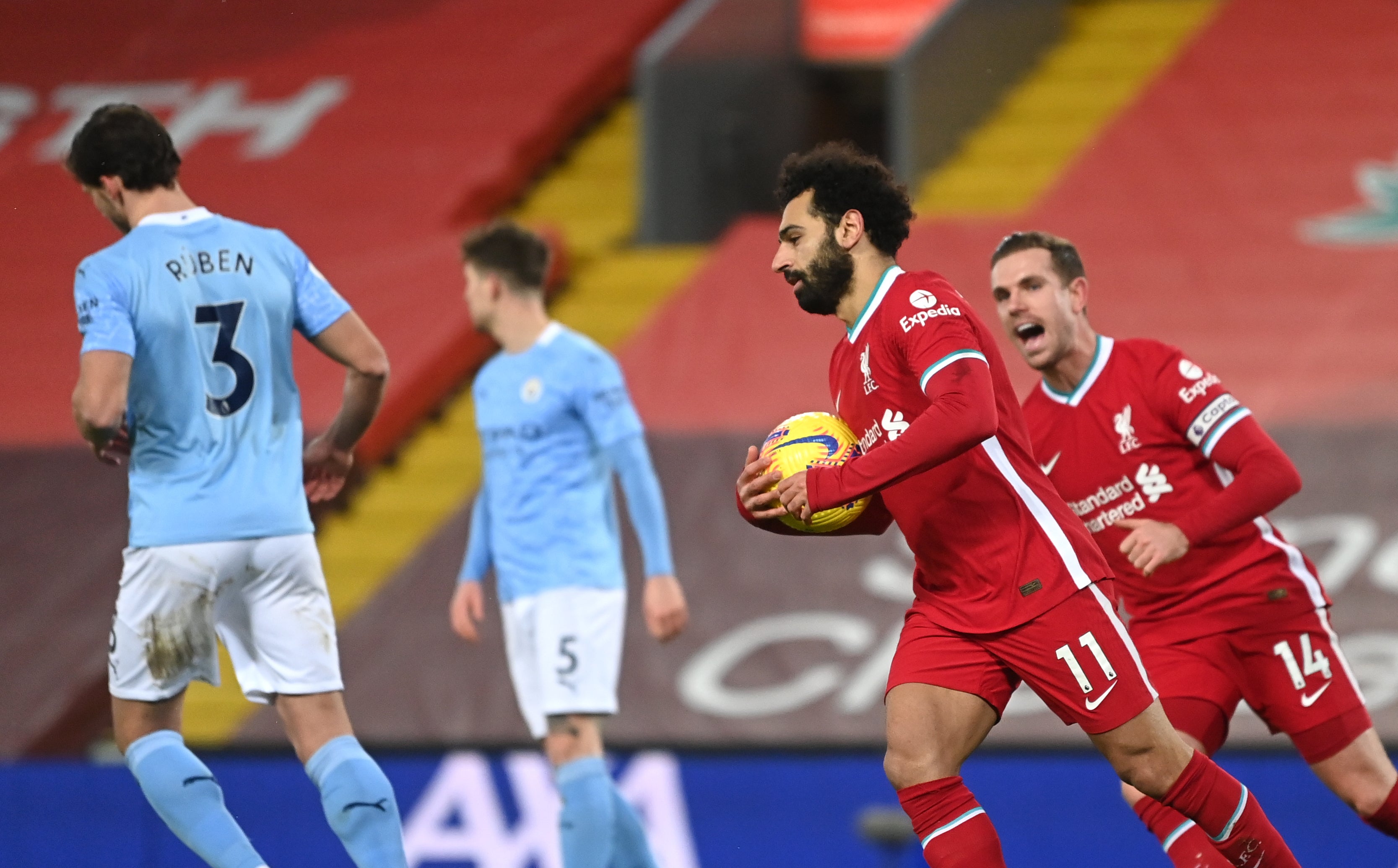 “You have to be brave, front-footed, cheeky in moments and be your best version and then you have a chance.

“Whatever we did a few days ago [beating Porto 5-1] is okay but it is not the one point which will make the difference in the game.

“We are in a good moment but that’s what we have to be to have a chance against them as they are still, for me, probably the best team in Europe at the moment. It is a complex football challenge – but thank God for both teams, that is what makes it so exciting.”

Liverpool, top of the table heading into the weekend, are the Premier League’s only unbeaten team and staying that way into the international break would be no bad thing.

But Klopp is unwilling to accept a point now when he knows his side at their best can beat Pep Guardiola’s side.

“A draw would mean we would be unbeaten but taking the point now already I would say is a little bit early. Let’s play the game and then ask me after that,” he added.

“This is matchday seven and so far the start is obviously okay, but it is not that we think we couldn’t have done better.

“I know if we win I would think: ‘Okay, that now looks like a proper start,’ but I’m not too much interested in the start, I’m interested in us playing our best season.

“I don’t want to draw any line under any specific part of the season. It is so far, so good, but it is only a few games in.

“To win the game we have to score goals so what we did the last few weeks is helpful but we have to defend on our absolute highest level, to stay in the game and make sure the goals we scored make the difference.”