Foden put in a man-of-the-match display at Wembley on Sunday.

The teenage midfielder was at his dazzling best in City’s 2-1 win over Aston Villa, having been given a rare start by Guardiola.

The youngster has seen his first-team minutes limited this season, and he has only started twice in the league.

But in the domestic cups, its’s been a different story 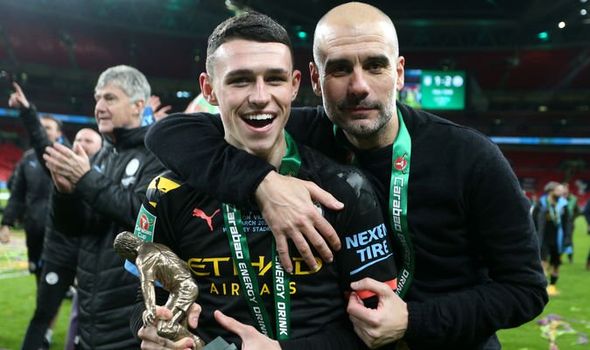 The 19-year-old has started four of City’s five Carabao Cup games this season, and has played 90 minutes in both FA Cup wins.

Foden got an assist for the first goal of the game, as he met Rodri’s cross with a cushioned header down to Sergio Aguero, who hammered it in.

And Sutton was full of praise for the midfield ace, as he wrote in his Daily Mail column that he needs to be given more game time.

“For City, Phil Foden stood out, and it is hard to remember a time when he was thrown in and did not play well,” he wrote.

“This 19-year-old had played a total of five minutes of first-team football since January.

“Then he starts in a cup final and is named man of the match.

“That tells you a lot about his attitude.

“The reliability of this young talent is something Guardiola values greatly. 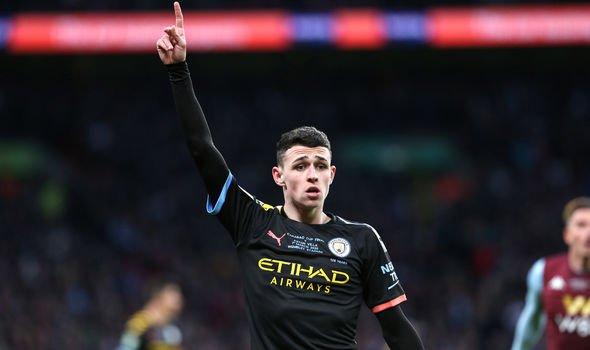 Guardiola, too, sang the praises of the 19-year-old, who was named man of the match.

“The way he fought and the way he’s ready to compete, I’m more than pleased with the way he played,” he said of Foden.

“He’s so clever in the small spaces. He can be here without a problem and I never doubted that he can do it. It was perfect for me and for him to let him play.”