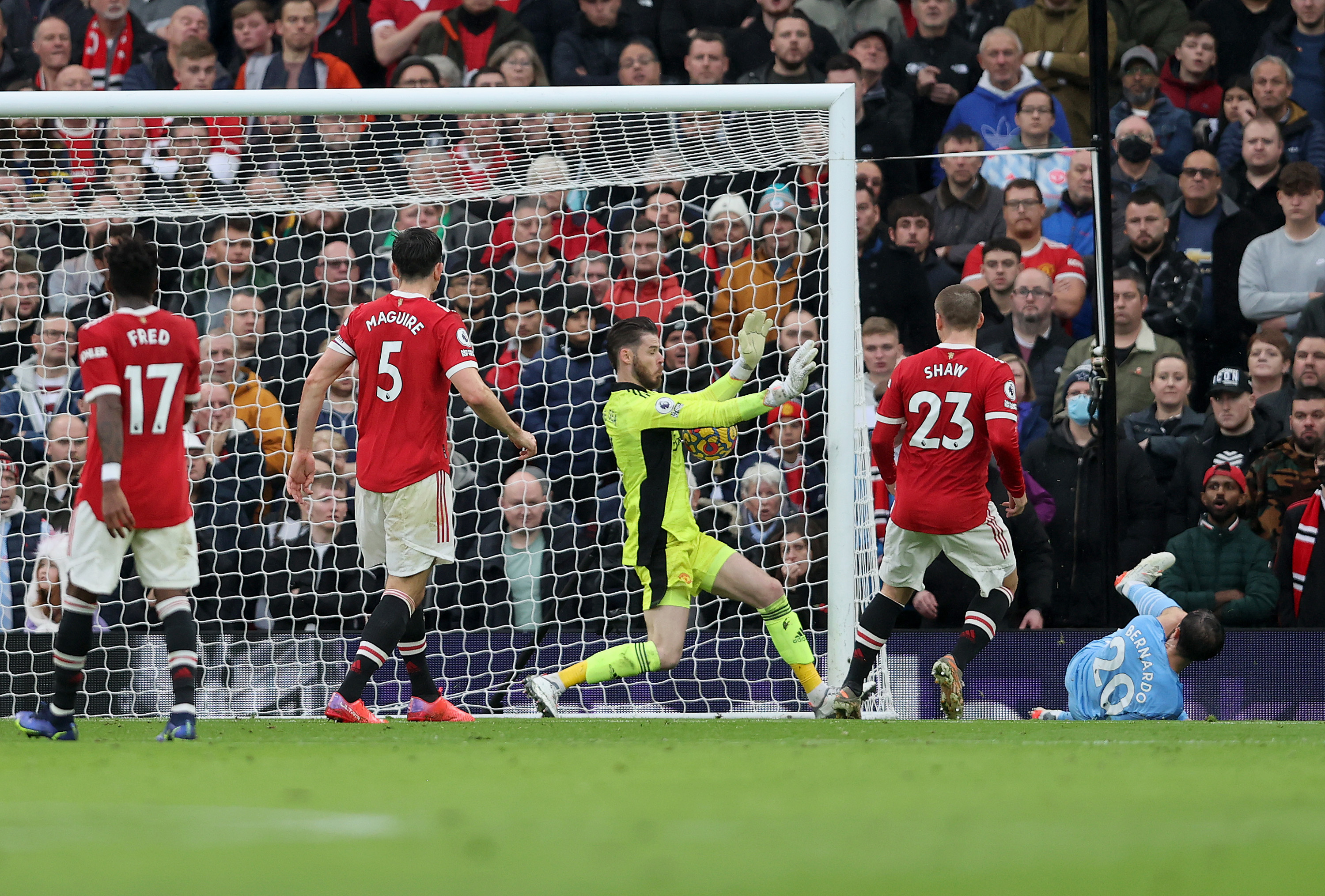 Ole Gunnar Solskjaer needs to get tougher with his Manchester United players by bringing in more experienced and vocal coaches.

That’s the view of former Red Devils defender Paul Parker, who highlighted David de Gea as being the only player to recently call out a mistake by one of his teammates.

Last time out United suffered a humiliating 2-0 defeat to rivals Manchester City as Pep Guardiola’s side played them off the park.

Solskjaer’s time at the helm continues to be scrutinised and Parker feels the Norwegian and his coaching staff such as Michael Carrick and Mike Phelan need to be more vocal when dealing with players making mistakes.

Parker credits the assistant managers Sir Alex Ferguson worked with, along with characters in the squad such as Roy Keane, in ensuring they got the best out everyone on the pitch.

Parker also highlighted how an error from Shaw in the derby saw only De Gea call him out while the rest of the staff and his teammates didn’t stayed silent on the pitch.

‘He needs someone to come in next to him who can help him improve that squad. Start calling out the individuals. Start telling people,’ Parker told BetfredTV.

‘We’re in a world now where people can’t shout at people because they get upset. Find out about them. Get them upset. Tell them the truth about their game. It hurts.

‘Roy Keane would have told you that you were crap on a Monday morning. In this current United side, none of them are shouting at one another.

‘Luke Shaw made a massive mistake in the derby which he should have dealt with. It didn’t start from him but it finished with him.

‘He could have dealt with that and then turned round, saw where it came from and then pointed his finger. The only one having a go was David De Gea. You need someone in there to call players out. It’s your job.

‘Ole needs to be stronger but he needs someone experienced, with more stature, in that dressing room working as his assistant. He’s Head Coach.

‘In all the great teams that Manchester United have had, look at the assistants that sat next to Alex Ferguson. It didn’t bother him having different people around him.

United will hope to get back to winning ways when they travel to Watford on Saturday, November 20.