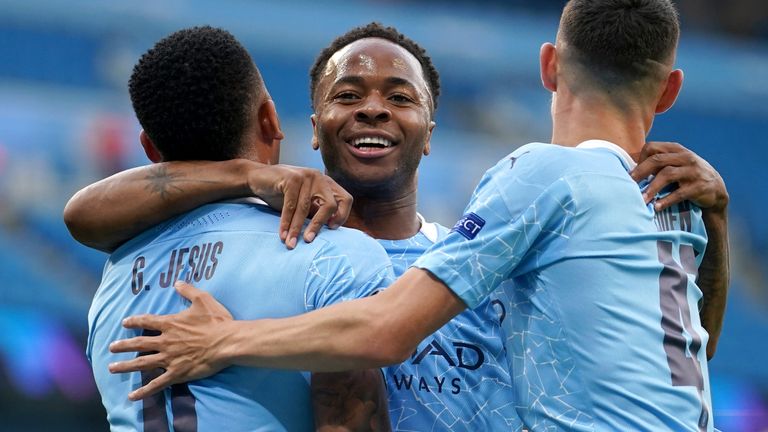 Manchester City were too good for Real Madrid and isn’t that a statement for the club’s supporters to drink in. The Spanish champions – the 13 time European champions – ousted from the competition they made famous after being beaten at home and away.

That has not happened to Madrid in both legs of a Champions League knockout tie for over a decade. After 18 games unbeaten in Europe when level at the interval, City have now done them twice in two attempts – adding another 2-1 victory to progress to the last eight.

Lyon await and while Guardiola and City know that this competition is capable of throwing curve-balls their way, their status as favourites is well deserved. A memorable end to what has been an epic – but at times underwhelming – season is still there for this team.

City’s first-leg victory in the Bernabeu feels like something from a different era now – a lockdown if not a lifetime ago. Much has happened since then, from the horrors of the coronavirus crisis to the more mundane stresses and strains of a title relinquished.

City had walked from the field in February with a one-goal advantage thanks to Kevin De Bruyne. They were full of the confidence that comes with the most significant European away win of Guardiola’s reign, a breakthrough triumph against the continent’s kings.

But as the days, months and weeks passed and Zinedine Zidane presided over an upsurge in Madrid’s form, any sense that vanquishing the Frenchman from the competition that he has come to call his own ceased to feel like such a fait accompli. The job was not quite done yet.

Robbed of real home advantage against a side that had been looking like the real deal once more, this night was fraught with difficulty. There was no Sergio Aguero for the big occasion and no guarantees – even if Zidane was without his own talisman leader in Sergio Ramos.

Raphael Varane was expected to step up in the Madrid’s skipper’s absence. Instead, one of the world’s most respected defenders, a man who has won everything, lost the tie for Madrid. Not only was he culpable for both goals, but it was Aguero’s deputy who got the better of him.

Gabriel Jesus won possession off Varane near Thibaut Courtois’s goal-line to feed the ball to Raheem Sterling for the game’s opening goal, then intercepted an attempted header back to the goalkeeper to finish brilliantly to score the second himself. What a performance over the two legs.

The Brazilian has been questioned but this has been his best ever season at City in front of goal. His tally of 23 has included none more important than his two against Madrid.

That he was even in position to win the ball for the first here owed much to a trademark Guardiola tweak to his team’s line-up. Rather than operating as the centre-forward in Aguero’s absence, Jesus was switched to the left flank with Phil Foden playing up top. 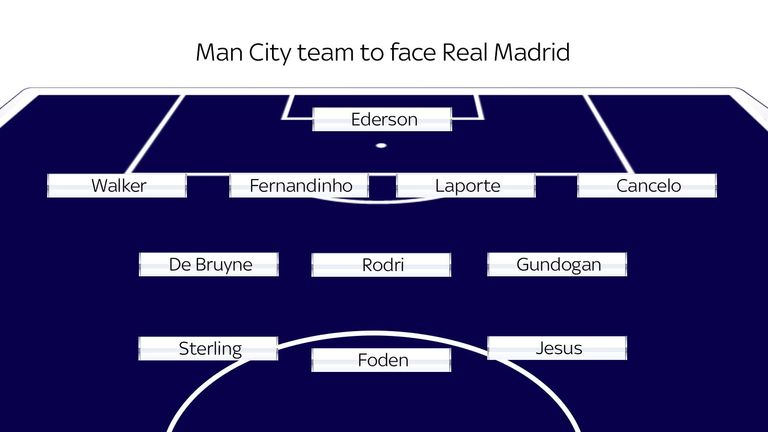 This match must have been at the back of Guardiola’s mind even as the formalities of the Premier League season were being played out. For a man harshly accused of overthinking the biggest of matches – especially in the Champions League – that added to the intrigue.

While this competition made his name as a coach when he won it in 2009 and cemented his legend back at Wembley two years on, it has brought Guardiola as much strife as success. In search of an edge, the perception is that he has inserted himself into contests too readily.

There was the semi-final with Bayern in 2014 when Philipp Lahm, then the world’s best full-back, was moved to midfield. There was the attempt to man-mark the game’s best forward line before abandoning the strategy after 15 minutes when losing to Barcelona one year on.

Even at Manchester City there have been missteps. The decision to go with Aymeric Laporte at left-back and Ilkay Gundogan on the right of midfield against Liverpool in 2018. Leaving De Bruyne on the bench for the first leg of the quarter-final against Tottenham last year.

A toxic level of scrutiny now surrounds Guardiola on evenings such as this, but while he could not resist that change to the forward trio against Madrid, it was the right selection.

Joao Cancelo had earned his opportunity at left-back after encouraging performances against Watford and Norwich. Foden, meanwhile, deserved to be entrusted with his starting spot after shining in a cup final and the crushing of Liverpool already this past season.

He led the City press in the opening stages and helped set the tempo for the evening. Right from the kick-off, Madrid’s defence never looked comfortable when put under pressure. 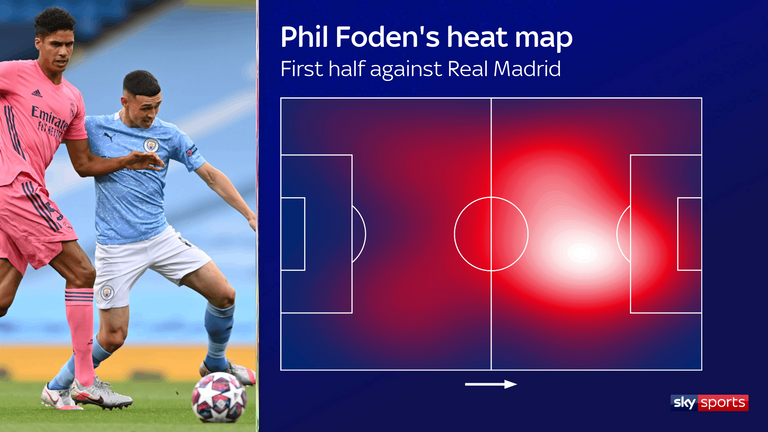 Foden even had the chance to add City’s second goal of the night and fourth of the tie when Courtois’s poor pass was intercepted by De Bruyne only for the youngster to fire wide.

By that stage, Cancelo’s uncertain defending had threatened to prove costly as he allowed Rodrygo to find space on the right and cross for Karim Benzema to head in the equaliser. Briefly, there was concern.

There is no denying that City’s squad has been expensively assembled but the weaknesses remain all too clear at the back. Left-back, whether makeshift or otherwise, is a problem. The centre of defence still seems susceptible when up against world-class movement.

But they are not alone in that as the Spanish champions demonstrated here. Tentative throughout, City had enough quality to carve Madrid open even when they weren’t being gifted their chances. 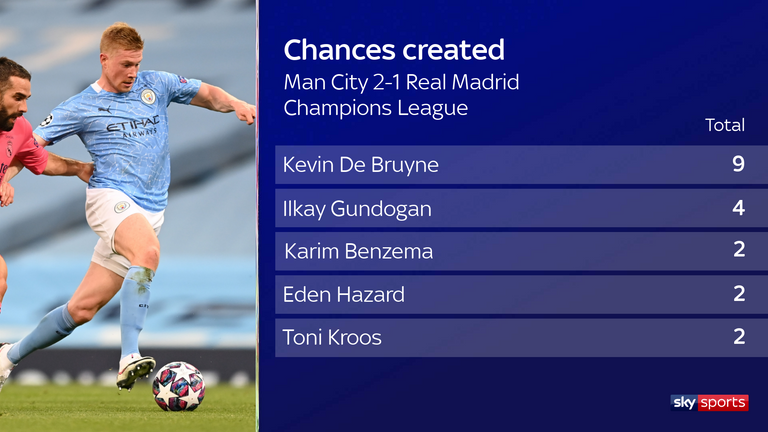 De Bruyne has had more obviously incredible evenings than this one but creativity supreme is the norm for him now. He finished this match having created nine chances for his team-mates – twice as many as anyone else on the pitch and more than the entire Madrid side combined.

Some of them should have been taken.

Sterling shot wide early in the second half from a good position on the left and was denied soon after when Gundogan might have taken the shot himself. De Bruyne went close himself too.

In the end, it was Jesus, moved back to his favoured central role for the second half, who finished it and finished off Madrid to complete a feat that should not be downplayed.

Guardiola himself will seek to keep the lid on expectations, cautious in the knowledge that City have been eliminated at the quarter-final stage in each of the past two seasons.