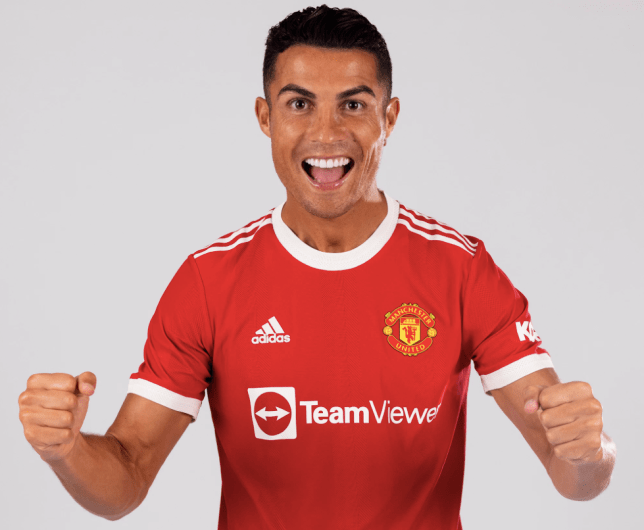 Manchester United have announced that Cristiano Ronaldo will be taking over the iconic No.7 shirt this season.

Ronaldo, 36, completed a sensational return to Old Trafford last Friday – after it initially appeared he would be joining Manchester City – and there has been uncertainty surrounding which number the Portuguese will be wearing, given Edinson Cavani occupied his favoured No.7.

There had been rumours circulating that Cavani was reluctant to simply step aside for his new team-mate, but the Red Devils confirmed this evening that the Uruguayan will be switching to the No.21 jersey, which he wears at international level.

The No.7 shirt is a special shirt for most clubs but especially at United, with the likes of George Best, Bryan Robson, Eric Cantona and David Beckham donning it before Ronaldo.

Ronaldo took over the No.7 shirt from Beckham at the start of his first spell with United back in 2003 and had become synonymous the number by the time he left for Real Madrid in the summer of 2009.

The veteran forward has since built his CR7 brand around the number, making it his own at the Bernabeu and, subsequently, across his three-year stint in Turin with Juventus.

Cavani takes over the No.21 shirt from Daniel James, with the latter completing a £25million move to Leeds United on deadline day. Ander Herrera, Angelo Henriquez and Rafael wore the number before the Welshman.

Speaking to MUTV earlier this week, Ronaldo revealed how Sir Alex Ferguson, who first lured him to United from Sporting 18 years ago, was the ‘main key’ behind his return this summer.

‘As everybody knows, since I signed for Manchester [United] at 18, Sir Alex Ferguson was the key,’ the Portugal superstar explained.

‘I remember when we played against Manchester when I was at Sporting Lisbon. For me, Sir Alex Ferguson is like a father in football for me.

‘He helped me a lot, he taught me many things, and in my opinion of course he had a big role because the relationship that we had, we keep in touch all the time, and he’s an unbelievable person.

‘I really like him a lot and he was the main key for me to be in the position that I am, that I signed for Manchester United.’