The tie saw Wayne Rooney line up against his old side and he almost gave the Rams the lead with a signature free-kick, forcing Sergio Romero into a smart diving save.

However, United broke the deadlock shortly afterwards as Luke Shaw’s volley flicked off Jesse Lingard’s back and looped into the far corner.

The Nigerian striker then confirmed United’s victory, thrashing the rebound from Juan Mata’s shot into the top corner to set up a last-eight tie against Norwich. Here are our United player ratings from the match: 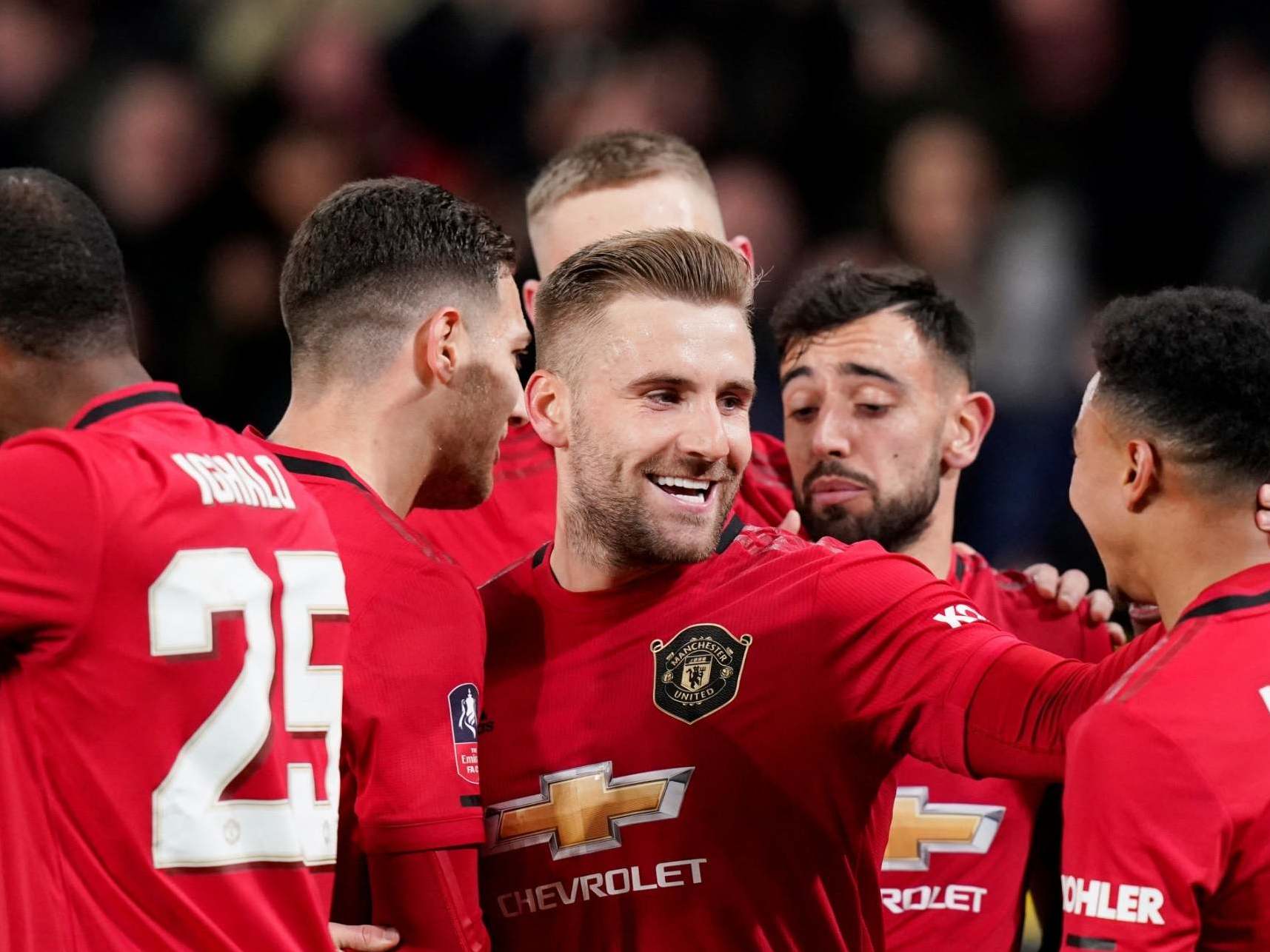 Diogo Dalot – 7: Full-back was composed in defence, although was rarely tested, and added a dangerous presence on the overlap.

Victor Lindelof – 7: One of the easier night’s work for the Swede, who faced few tests but dealt with any threats well.

Eric Bailly – 6: Was booked for a rash tackle on Louie Sibley but otherwise kept his cool.

Luke Shaw – 8: One of the full-backs best performances in recent memory, constantly providing a danger in attack, and it was his deflected volley which opened the scoring.

Fred – 7: Another typically impressive performance from the Brazilian, who dictated the pace of play and broke up play on the Rams rare charges forward.

Scott McTominay – 8: Showed why United missed him so dearly during his injury; an imposing leader at the base of midfield, making the most tackles (4) and barely misplacing a pass, although did spend the majority of the second half intimidating 18-year-old Sibley.

Bruno Fernandes – 7: Midfielder has transformed the entire dynamic of this United side and was the constant creative threat, holding possession longer than any other player, with the majority of attacks funnelling through him.

Juan Mata – 7: Combined well with Fernandes, who are blossoming as a pair. Completed more dribbles (4) than any other player on the pitch.

Odion Ighalo – 8: Took both his goals extremely well, was strong in the air, and could well have had a hat-trick.