Anthony Martial revealed that he suffered cuts to his shins after colliding with a goalpost in Manchester United’s derby win on Sunday.

Martial found United’s breakthrough in a 2-0 victory over rivals Manchester City at Old Trafford, scoring his 16th of the season in all competitions.

The 24-year-old came close to adding another in the second half when City goalkeeper Ederson accidentally sent the ball towards his own goal-line.

Martial chased Ederson down and attempted to divert the loose ball into the net, only for the ‘keeper to clear the danger with a sliding challenge.

The force of Ederson’s challenge caused Martial to collide with the goalpost and the France international spent some time writhing on the ground in pain.

Martial eventually played on and completed the 90 minutes without needing to be substituted, but later revealed the extent of his injuries on Instagram. 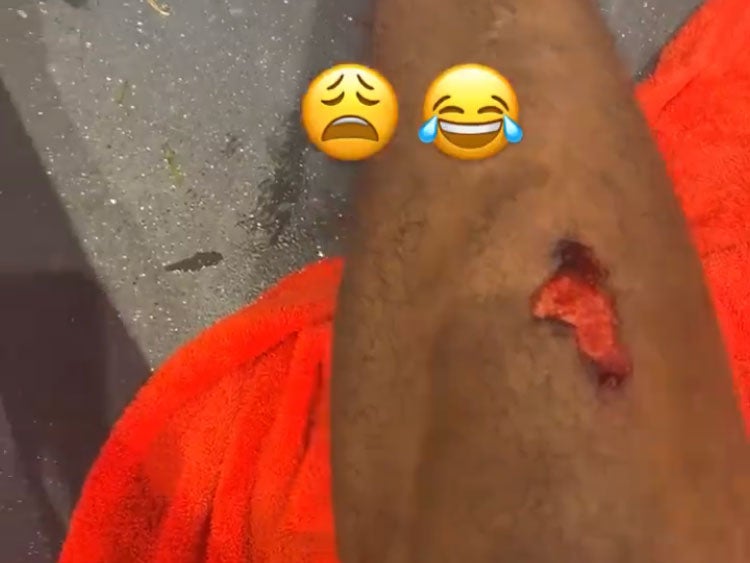 The United striker suffered mild cuts to both of his shins, though neither appeared serious enough to rule him out of United’s forthcoming fixtures.

Ole Gunnar Solskjaer, the United manager, was pleased with Martial’s display in the derby win and particularly his link-up play with new signing Bruno Fernandes.

Fernandes’s quickly-taken free-kick led to Martial’s opening goal and Solskjaer believes the pair are playing on the same wavelength, despite only being team-mates for a short time.

“Anthony [Martial] and Bruno [Fernandes] have hit if off,” he said. ”It is a privilege to be a manager of a squad with this attitude. You can’t ask for more. They are going to improve as players as well.

“Those little things will come but it is a privilege and they want to listen to advice. For our players to beat a team like Manchester City is fantastic, I am delighted for them.”