MARK CLATTENBURG: Harry Kane’s tackle on Andy Robertson was WORSE than the one the Liverpool star was sent off for – where is the consistency? My take on the FIVE decisions that divided fans and pundits

If Harry Kane’s lunge on Andy Robertson isn’t a red card then I’m not sure what is. The tackle is high, it’s above the ankle, studs are showing and it’s late. It didn’t have a good look to it from any angle.

Andy Robertson sees the challenge coming from Harry Kane. He knows if he leaves his leg planted then there’s a good chance he’ll be getting stretchered out of the Tottenham Hotspur Stadium and spending Christmas in a moon boot.

By jumping out of the way, Robertson avoids serious damage. Kane gets away with his lunge as referee Paul Tierney shows only a yellow, with VAR Chris Kavanagh deciding it was not a clear and obvious error. I’d have shown Kane red. 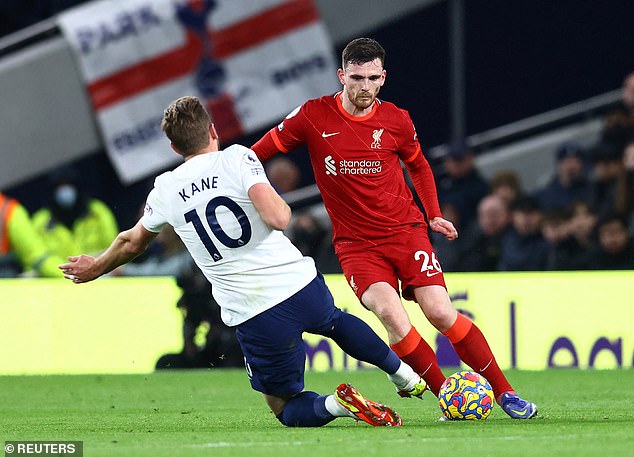 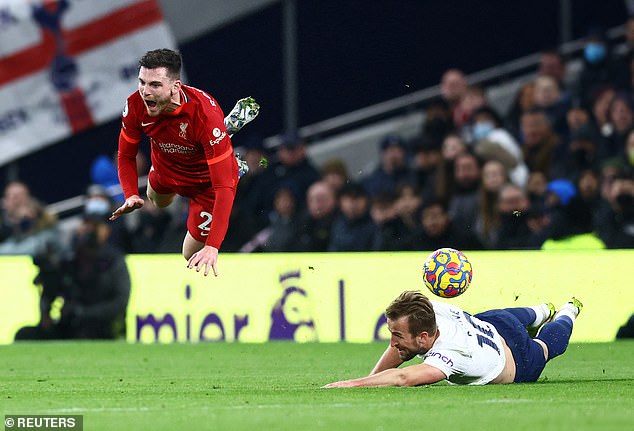 The England captain slid in, with his foot high, and Robertson jumped, avoiding a nasty injury

This should have resulted in a penalty for Liverpool. Emerson Royal barges into the back of Diogo Jota and gets nothing of the ball.

The covering defender meant Tottenham wouldn’t have been reduced to 10 men but Liverpool should have had a penalty. 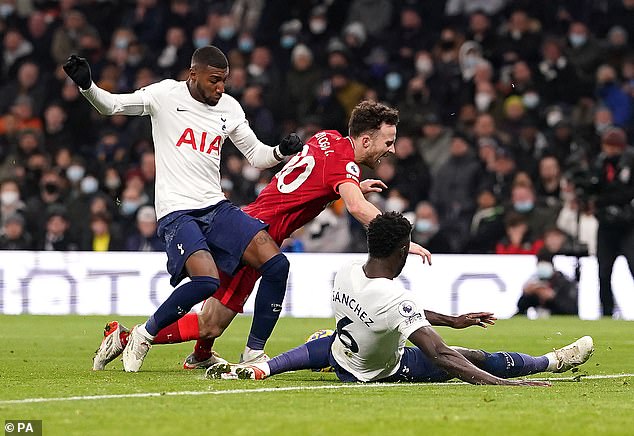 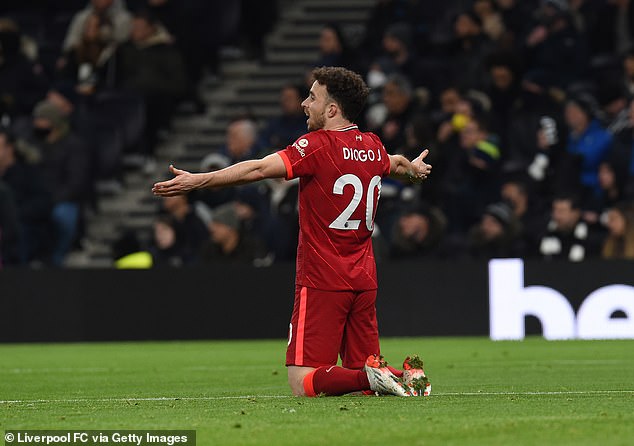 Soft. Dele Alli went down wanting a penalty after sensing Trent Alexander-Arnold behind him. Watching it back, it looks more like a dive.

Alli’s legs are giving way before there’s any substantial contact on him. Tierney had a great view of this incident from behind and was right to wave play on.

Did Mohamed Salah handle the ball? Yes, clearly, but that doesn’t matter.

The rules changed as of this season to say that even if an accidental handball immediately precedes another player scoring, the goal will stand.

It would only have been disallowed had it been Salah scoring himself. Last season this header by Robertson wouldn’t have stood because of what happened in the build-up. But the latest laws mean this had to stand. 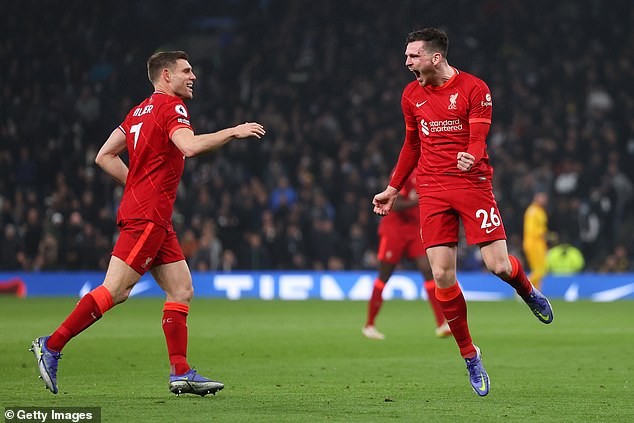 Robertson’s goal was legitimate despite Salah’s handball before it, after the rules changed

It was a fierce game at the Tottenham Hotspur Stadium, full of hot-blooded tackles, and this was a particularly angry challenge by Robertson on Royal.

It was worthy of a red, but then Kane’s indiscretion earlier in the game was worse. Where’s the consistency?

How can VAR tell Tierney to go look at this incident but not the one involving Kane? 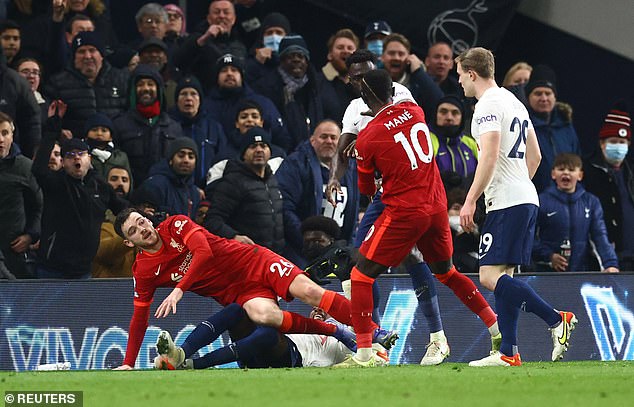