Chelsea star Mason Mount has praised football supporters for their outpouring of love and support for Bukayo Saka.

The Arsenal youngster endured a torrent of abuse this summer after missing the decisive penalty in the final of Euro 2020, as England crashed out to Italy.

Now, after the return of Premier League football, fans from rivals club Tottenham and Brentford made public shows of support for Saka – in the form of banners, applause and chanting. 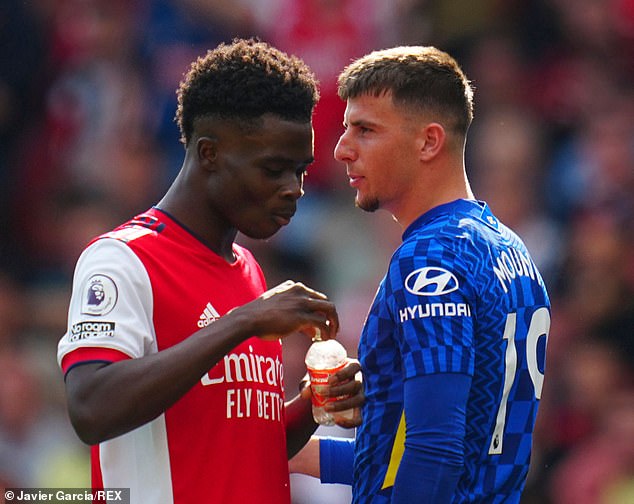 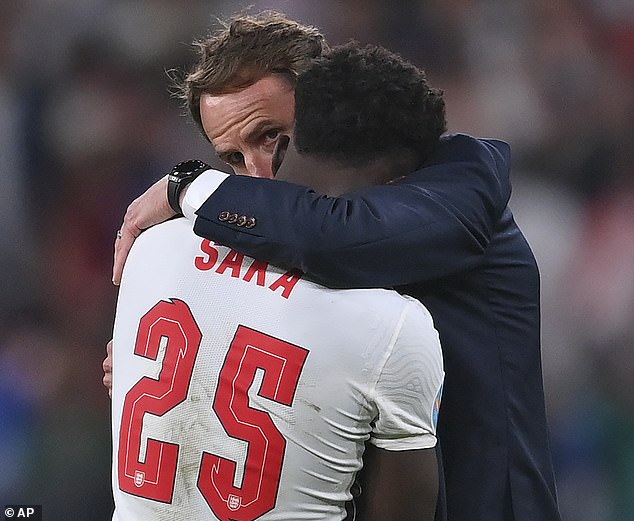 It has been noticed by fellow footballers, and Chelsea playmaker Mount feels it is a step in the right direction.

The 22-year-old told reporters following Chelsea’s recent draw with Liverpool: ‘It’s not acceptable for someone to go through something like that.

‘Straight after the game all of us got round the boys and tried to console them. You could see on their faces how much it meant to them. 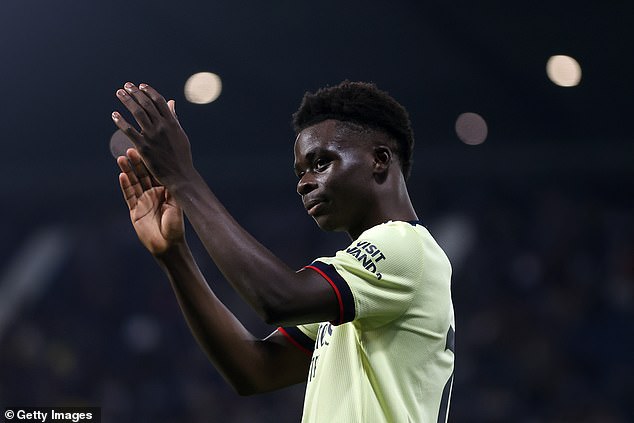 ‘Then I look at what has happened since. The games he has played in since.

‘To play away at Tottenham in pre-season and see him get a standing ovation when he came on… and at Brentford, too.

‘That is what football’s about. Everyone coming together to get behind someone like Saks, one of the best guys I have met in football. That is special. It gives you hope.’