Wrexham’s co-chairman Rob McElhenney hit out after Wrexham’s match at Aldershot was abandoned because of a waterlogged pitch.

The Hollywood star regularly watches a live feed of their National League matches at home or on film sets across the Atlantic.

The Reds were leading 2-0 in the second half when referee, the ironically named Sunny Sukhvir Gill, brought the game to an end in the 52nd minute due to a waterlogged pitch. 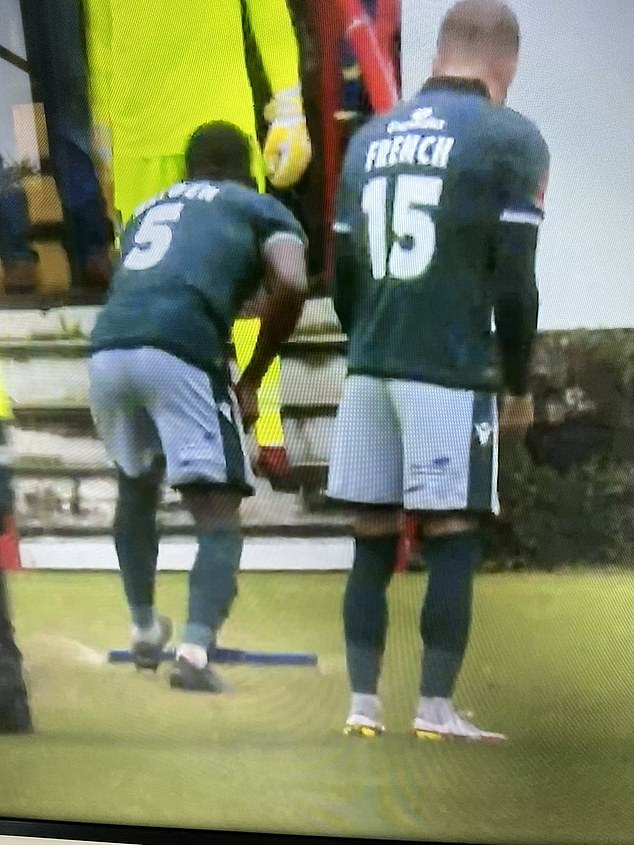 Amazingly, Wrexham’s players were then seen trying to use mops and towels in a bid to clear the standing water from the pitch on Saturday.

He tweeted: ‘I’m watching our PLAYERS MOP THE FIELD to continue the game. 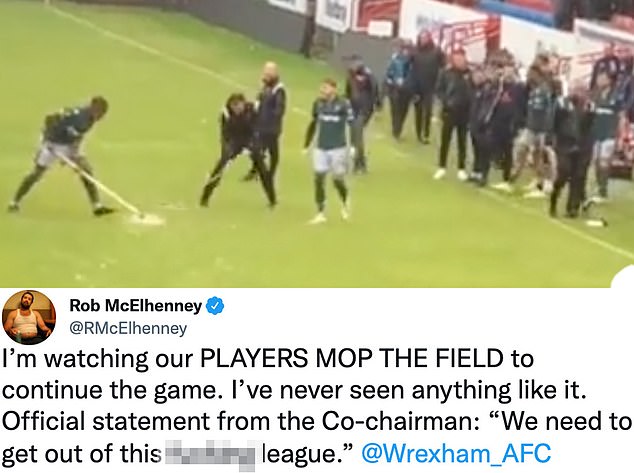 A few hours later McElhenney had a more sunny disposition as he thanked their opponents for trying to get the game back on.

He said: ‘I’ve been assured that the groundskeepers of Aldershot did everything they could to keep the game on. Yes, it’s frustrating.

‘But a lot of those people are volunteers who work really hard in brutal conditions. Thank you to them and to @OfficialShots. We’ll see you again soon :)’