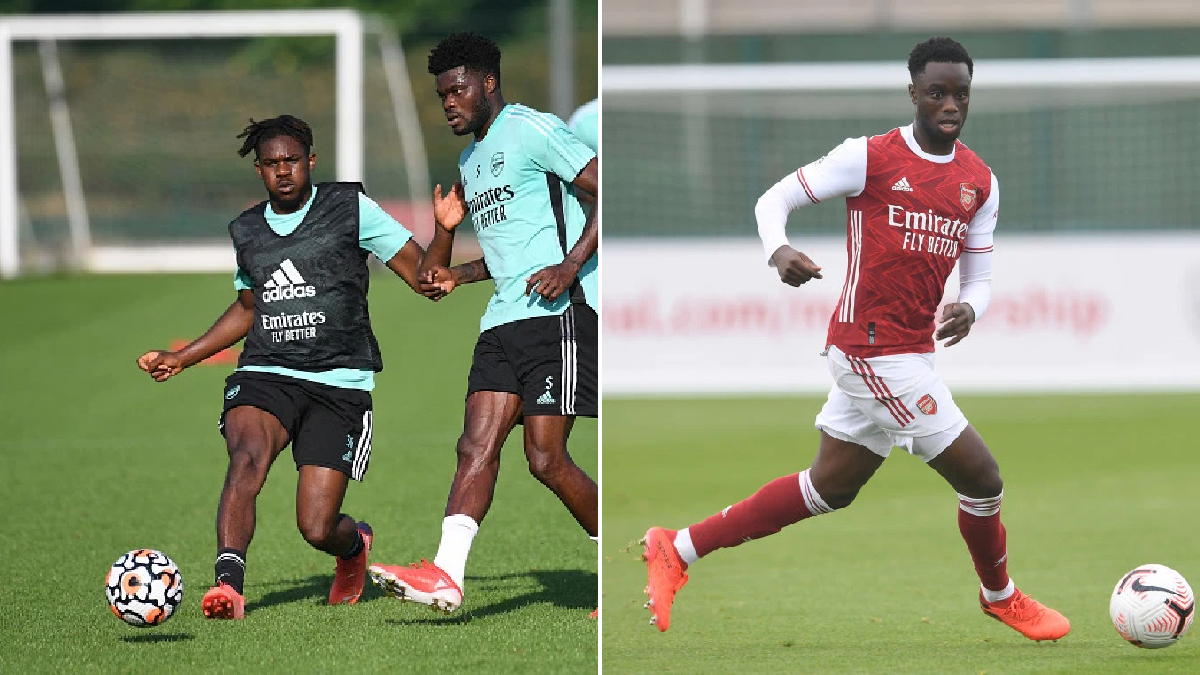 Central midfielder Olayinka spent last season out on loan at League Two Southend United, but his two goals in 20 appearances couldn’t stop The Shrimpers from being relegated out of the football league.

Meanwhile, Akinola, who joined the club last year after coming through the youth ranks at Huddersfield Town, is another midfielder who is yet to make his first team debut.

Akinola was expected to be sent out on loan this summer but a move never materialised and he now finds himself in the first team fold at the Emirates with Mikel Arteta keen to have a look at the next wave of young talents coming through the club.

Arteta has included the two 20-year-olds in training with many of his current first team members still away on international duty, including Granit Xhaka, who’s suspended for the Norwich game and Albert Sambi Lokonga who is away with Belgium for the first time in his career.

Elsewhere, one player that could be on his way out of the club is Egyptian midfielder Mohamed Elneny, who is linked with a move to Turkish giants Galatasaray before their transfer window shuts.

Gala have already had an enquiry rejected for Elneny, who has one year left on his current deal in north London and could go in again before Tuesday evening’s deadline, but the Gunners want to keep the central midfielder, according to Football.London.

However, If Elneny was to leave, it could open the door for a spot for either Olayinka or Akinola should they impress Arteta in training.

The Gunners play host to Norwich on Saturday in desperate need of a win after struggling at the beginning of this season.

Emphatic defeats to newly-promoted Brentford, Chelsea and current Premier League holders Manchester City in their opening three Premier League matches has led to speculation that a poor result against the Canaries could pile the pressure on Arteta’s job at the Emirates.