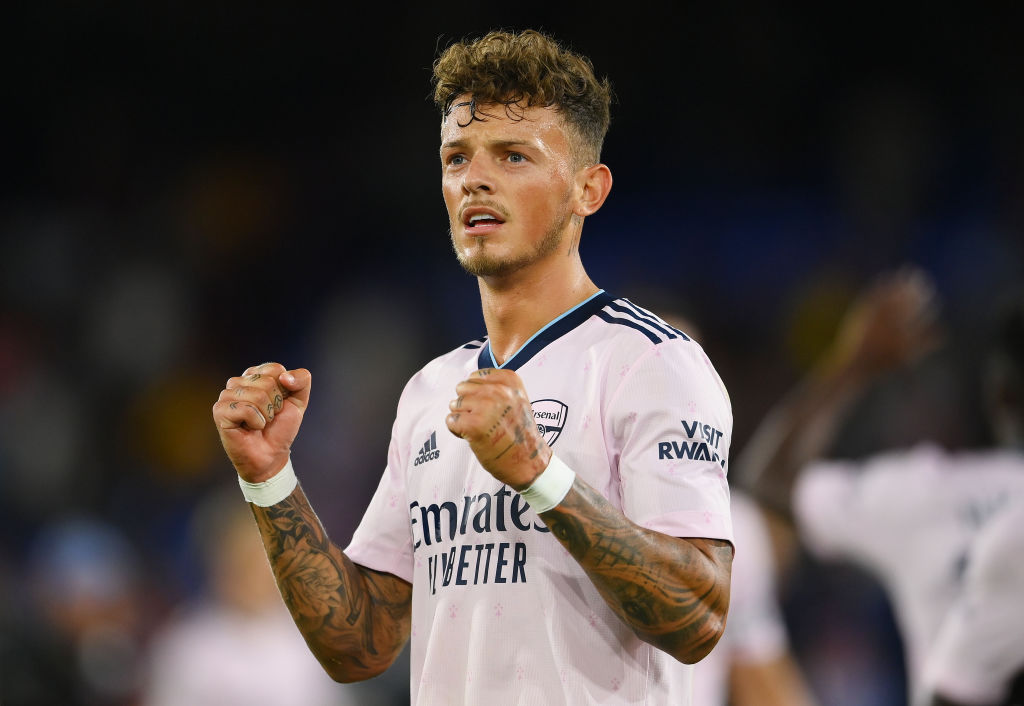 Mikel Arteta has praised Ben White for his display at right-back following Arsenal’s victory over Crystal Palace on Friday night.

The Gunners got their season off to the best possible start – with a maximum three points in a hard-fought encounter at Selhurst Park.

Arteta’s side started in the ascendancy, with new signings Gabriel Jesus and Oleksandr Zinchenko impressive early on.

Gabriel Martinelli opened the scoring with a header from a corner routine, and while Palace got back into the game, they couldn’t find a way past Arsenal stopper Aaron Ramsdale.

The Gunners wrapped up the win in the 85th minute when Marc Guehi inadvertently headed in Bukayo Saka’s cross.

With 21-year-old Takehiro Tomiyasu out through injury and William Saliba coming into the side to make his debut at centre-back, White was deployed at right-back.

The former Brighton defender had a tricky opponent to face in Wilfried Zaha for Palace, but he managed to make eight successful tackles on the night.

‘He did really well,’ Arteta said of White’s performance.

‘We all know individually even when you are toe to toe with him how difficult it is to win the ball off him [Zaha]. The way he tries to play the game is really tricky.

‘Ben has the capacity to play in different positions and that’s a big plus for any player.’

Speaking before the match on White’s versatility, Arteta said: ‘At Brighton he played a lot in a back three, at Leeds he played as a holding midfielder.

‘Obviously, we have spoken about it a lot with him, he is very comfortable playing there, he really likes it, especially for the role and the demands we put in that position.

‘Overall really happy because he knows that accommodating and having the versatility in the team is really important.’