NATIONS LEAGUE ROUND-UP: New Man City striker Erling Haaland secures priceless 1-0 win in Serbia for Norway… but there’s no such joy for Northern Ireland as they are defeated 1-0 at Windsor Park by Greece

Manchester City fans will hope for more of the same come the start of the new Premier League season after their new signing Erling Haaland produced a matchwinning display for Norway in Serbia.

The £51million summer acquisition from Borussia Dortmund netted the only goal of the game to give Norway a crucial 1-0 win in the Nations League encounter.

By Haaland’s standards this was one of his more routine finishes from close range.

After some smart work in the build up by Arsenal playmaker Martin Odegaard, the ball found its way to Haaland who was on hand to make it 1-0. 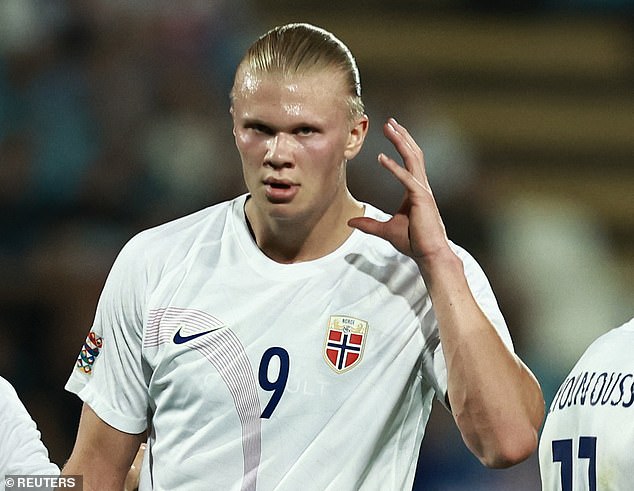 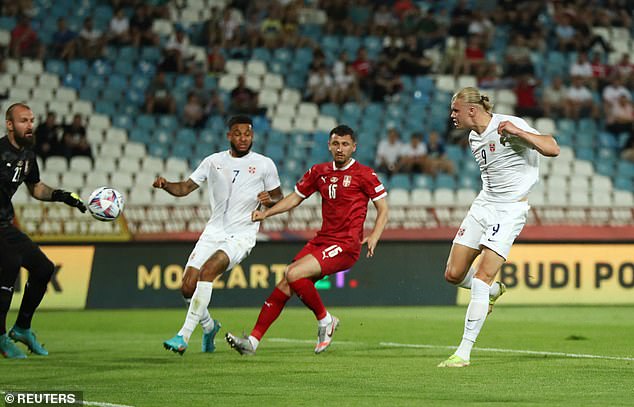 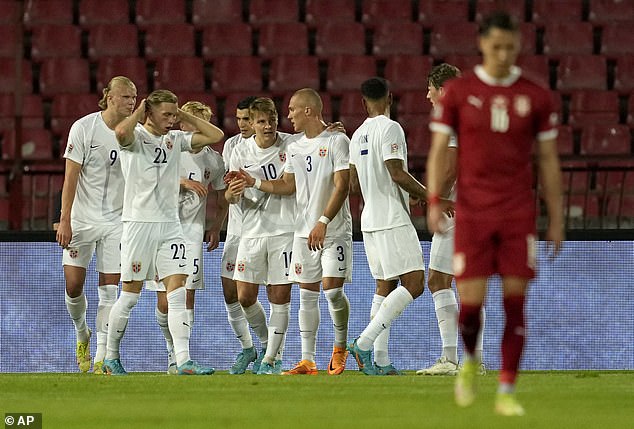 Despite Haaland’s impressive volley in the first half – Norway’s only shot on target in the opening 45 minutes – they needed goalkeeping heroics from Orjan Nyland to secure the win.

Serbia dominated possession and put the Norwegian defence under tremendous pressure in the second half, but Nyland pulled off a string of fine saves to keep his clean sheet intact and secure the three points for his team.

In the other match in Group B4, Sweden made light work of Slovenia, finishing off a 2-0 win with a brilliant solo goal from Tottenham loan star Dejan Kulusevksi.

Emil Forsberg’s first-half penalty set Sweden on their way before a superb solo goal by Kulusevski.

Striker Alexander Isak hit the post with an early header as Sweden started strongly, and they took the lead in the 39th minute when Forsberg calmly converted a spot-kick after Viktor Claesson was fouled. 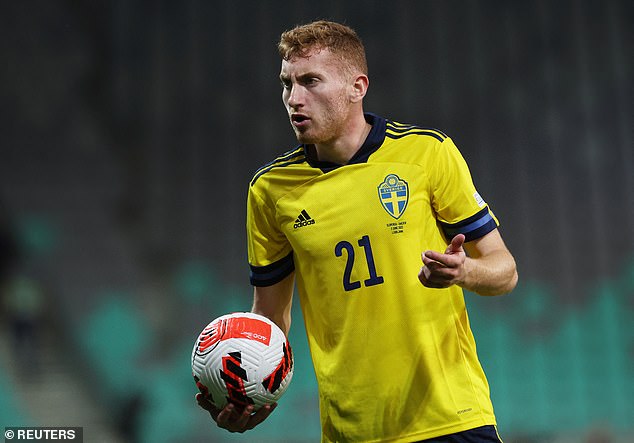 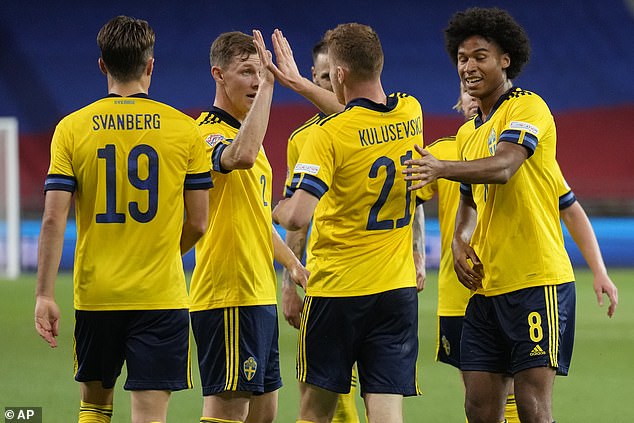 Kulusevski almost doubled the Swedes’ lead on the hour mark, cutting in from the right and unleashing a brilliant curling shot, but Jan Oblak made a superb one-handed save to push the ball away for a corner.

Kulusevski did better in the 88th minute, breaking away on a solo counter-attack and hammering the ball home from a tight angle to secure victory for Sweden ahead of their home game against Norway on Sunday. Slovenia next travel to Belgrade to play Serbia.