Jadon Sancho’s lively cameo against Everton shows he can put ‘frustrating’ start at Man United behind him, says Gary Neville, after £73m star was ‘anonymous’ in his first few games 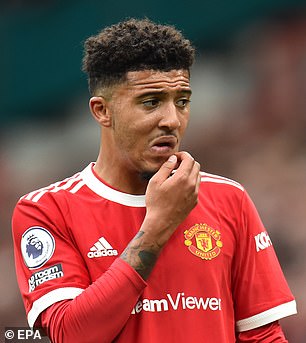 Gary Neville believes Jadon Sancho can put his ‘frustrating’ start to life at Manchester United behind him after an impressive cameo in Saturday’s draw with Everton.

The England forward, signed from Borussia Dortmund for £73million over the summer, has made an underwhelming start to life at Old Trafford and has failed to score or register an assist in nine outings.

But Sancho was lively when he came on for Anthony Martial in the second half of the 1-1 draw at Old Trafford and Neville is confident he can now kick on.

‘Everyone came off after that game feeling disappointed but I thought Sancho gave his best 20 minutes in a United shirt,’ he told Sky’s Gary Neville Podcast.

‘I thought that was the one big positive of that match – that and not losing. They’re still up there in the league and that Sancho got onto the pitch. 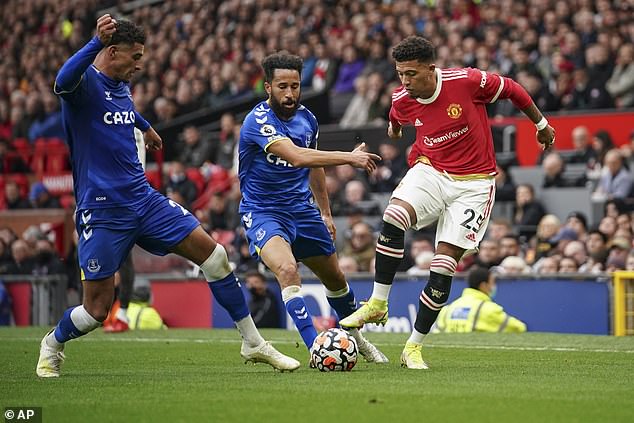 However, the England star was lively when he came off the bench during the Everton draw

‘He is a £70million-odd signing and he has been overtaken by the likes of [Raphael] Varane and [Cristiano] Ronaldo in terms of the publicity and furore.

‘He has almost slipped into the club and he has been a little bit anonymous in his first few weeks and probably frustrated.

‘But I thought he did really well and you saw glimpses of what he can deliver such as little passes with Ronaldo in that left channel, slide passes like we see from [Mohamed] Salah to [Sadio] Mane at Liverpool.

‘I think he’ll go into the international break, where Gareth Southgate said he was fortunate to be selected because he hasn’t been at his best, and it will give him a good little bit of confidence and sends him off in a happier mood than maybe he would have been if he hadn’t had that 20 minutes.’ 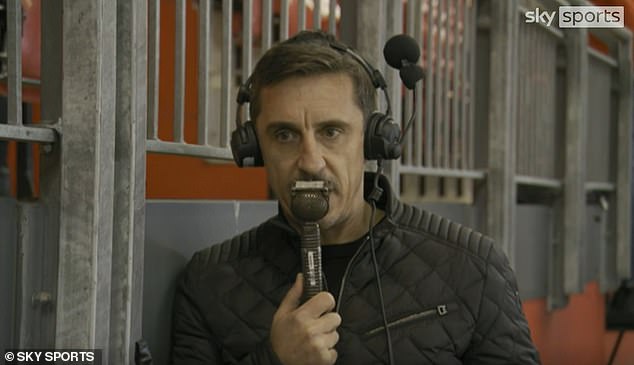 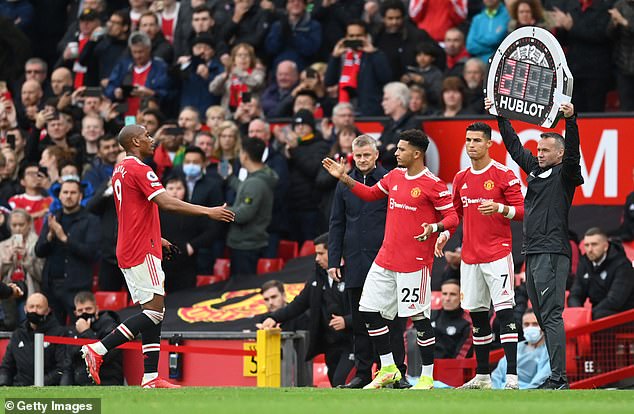 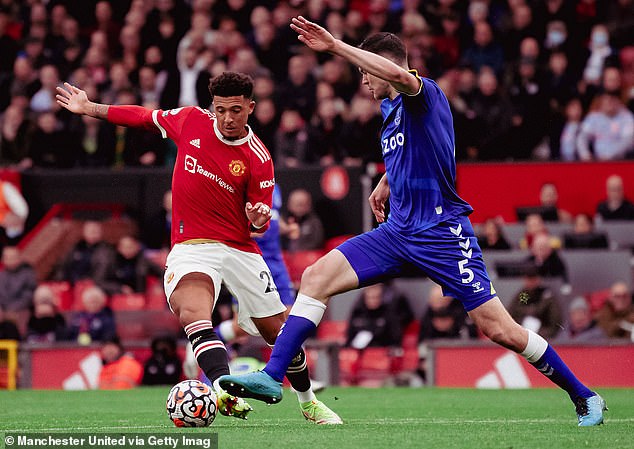 United have failed to win in four of their last six games in all competitions and dropped two points in the league after Everton’s Andros Townsend cancelled out Martial’s goal on Saturday.

There won’t be any respite for United after the internationals, with matches against Leicester, Atalanta, Liverpool, Tottenham, Atalanta again and Manchester City in quick succession.

Neville was also outspoken about Ronaldo’s storming down the tunnel after the Everton draw, insisting the Portuguese superstar would have known he was piling huge pressure on boss Ole Gunnar Solskjaer by doing so.

Neville said: ‘I watched him walk off and I can’t say I like it.

‘We know those things. He doesn’t have to prove that.

‘He walked off the pitch muttering to himself, which throws the questions up in the air – what’s he saying? Who is he annoyed with?

‘It can only come back to the manager. Actions like that – and Cristiano is smart enough to know this – will bring real pressure on the manager, more pressure than Ole Gunnar Solskjaer is already under.’ 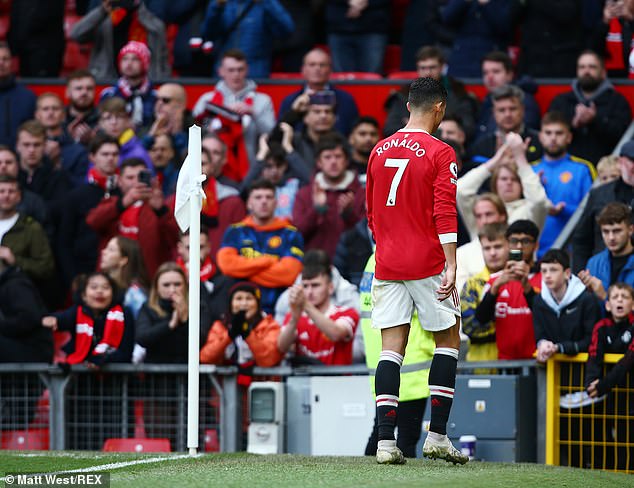