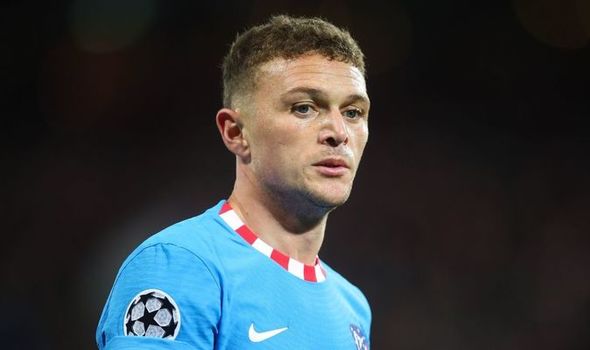 Kieran Trippier has been given the green-light to fly to Tyneside to complete his return to the Premier League with Newcastle after Atletico Madrid reluctantly accepted an offer from the Magpies. Diego Simeone and the Wanda Metropolitano board have been desperate to keep the England international as the La Liga champions battle to get their season back on track but Trippier, understandably, wants to take up Newcastle on their lucrative mega-money contract that will see him become the club’s top-earner.

Express Sport understands Newcastle are set to include a relegation clause in Trippier’s contract that will allow him to leave the club this summer in the event of relegation, while protecting the wage bill.

The 31-year-old is rolling the dice in trading Champions League knockout football in favour of a relegation dogfight that could effectively see him become a Championship player in a matter of months, if Eddie Howe’s side fail to keep their heads above water.

Trippier has previously worked under his new boss Howe during his time at Burnley and has been asked to make his experience count in the St James’ Park dressing room.

Newcastle are in desperate need of leaders in their quest for survival and Trippier is set to become one of several new faces this month.

Lille have rejected a £30million offer for defender Sven Botman in the past 48 hours while James Tarkowski is another name under consideration.

Following confirmation that a bid has been accepted, there has been some confusion regarding the final fee for Trippier.

Reporters with club sources at Newcastle suggest the deal was agreed at just £12m plus add-ons.

However, Express Sport understands negotiations on Monday – when Atletico finally conceded defeat in their bid to keep Trippier – were pointing more towards a figure of £25m.

Nonetheless, Trippier and Atletico have now accepted the proposals tabled by Newcastle, who are now on course to unveil their new signing later this week.