Northern Ireland have been relegated from Nations League B after a UEFA panel awarded Romania a 3-0 win for the cancelled game against Norway.

Norway were prevented from travelling after defender Omar Elabdellaoui tested positive for coronavirus. The Norwegian FA has five days to appeal the decision and is yet to decide if it will do so.

Ian Baraclough’s side have lost four of their five Nations League games so far in this campaign, picking up their only point in a 1-1 draw away at Romania in their opening game.

Norway, who are three points behind group leaders Austria, have called up a completely new squad to fulfil Wednesday’s fixture between the two.

The outcome of the game in Vienna will determine which nation is promoted to League A, with the team of uncapped foreign-based Norwegians needing to win by any scoreline other than 1-0 to finish top on head-to-head away goals.

Romania, who cannot top the group, must win in Belfast to have a chance of being seeded in Pot 2 in the World Cup qualifying draw.

The Nations League has not proved a happy hunting ground for Northern Ireland, having finished bottom of their group and without a single point in its first maiden campaign in 2018. 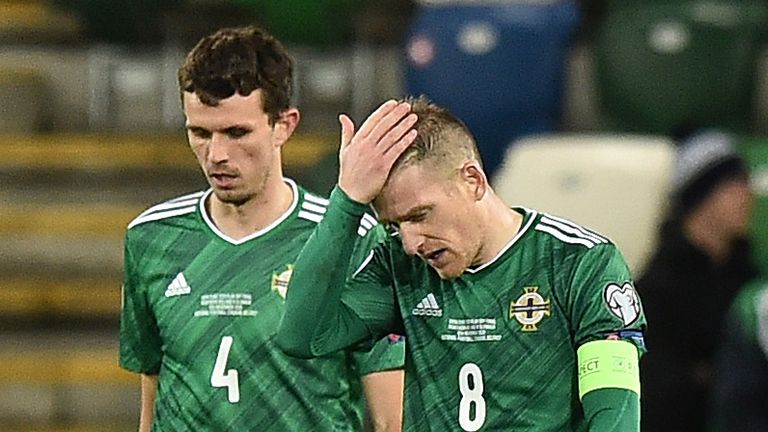 They were spared relegation on that occasion following a competition revamp, which saw groups expanded from three teams to four.

Relegation adds to a terrible week for Northern Ireland after they missed out on Euro 2020 qualification with last Thursday’s 2-1 extra-time defeat to Slovakia in the play-off final.