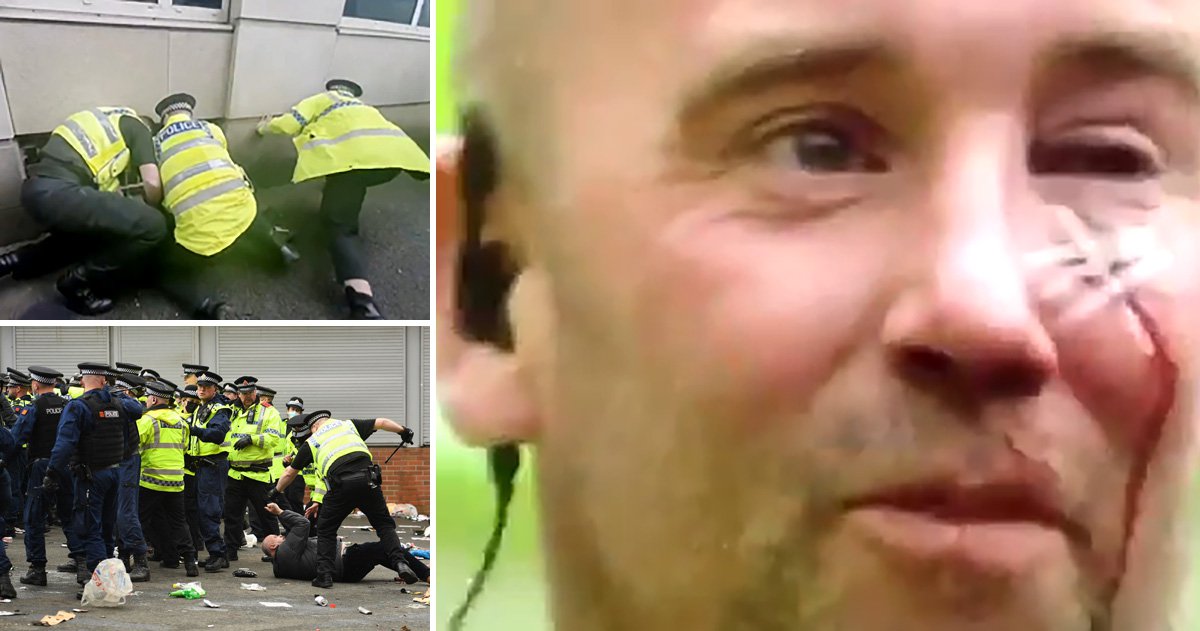 An officer who had his face slashed during a confrontation with protesting Manchester United supporters was ‘lucky not to have lost his sight’, according to the Greater Manchester Police Federation.

It’s understood that the officer was attacked with a bottle and required emergency treatment at hospital for the significant slash wound to his face.

Another five officers were also injured as United supporters, who were protesting against the club’s Glazer ownership, clashed with police outside Old Trafford on Sunday.

United supporters also gathered outside The Lowry hotel, where the team’s players were staying before their match against Liverpool, which was subsequently cancelled.

According to Greater Manchester Police (GMP), fans outside the stadium ‘became especially aggressive and antagonistic towards police’ and ‘many of those present were not intending to exercise their right to peaceful protest’ with flares and bottles thrown. 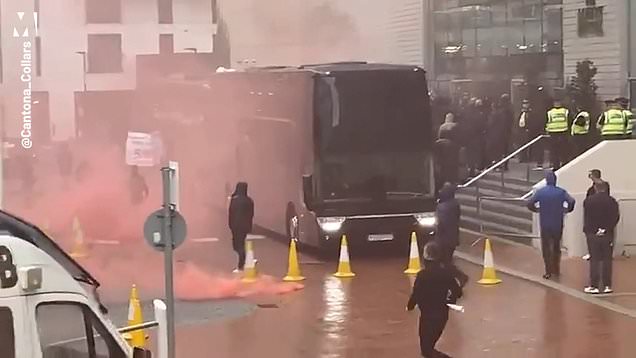 ‘He is incredibly lucky not to have lost the sight in an eye.

‘This is not right. Police officers are mothers, fathers, husbands, wives and partners. They are sons and daughters. They are human beings who should be able to go home to their families in one piece at the end of their shifts. Not be rushed to hospital.

‘We are offering support to our injured colleague and will continue to do so as he recovers from his injuries.’

‘Officers were just trying to do their job and facilitate a peaceful protest, however a number of those present became hostile and aggressive towards officers and forced entry to the football grounds, making it very clear that this protest was not peaceful and ruining it for the majority of protesters who had not intended for the protest to become violent.

‘Our officers tried to engage with protestors, but were met with violence and aggression which resulted in enforcement action being taken.

‘Enforcement will always be a last resort, but in these circumstances it was deemed necessary in order to maintain safety during a situation that was rising in hostility. 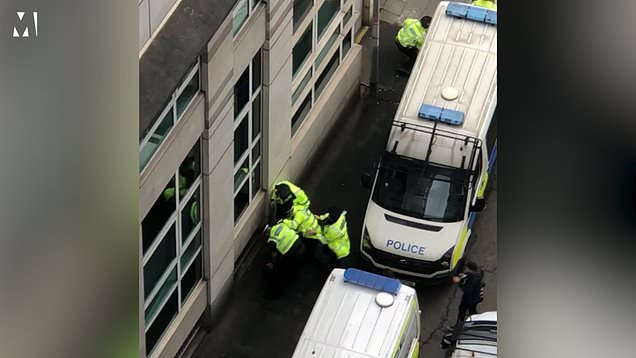 ‘No officer should have to come to work and face these conditions.

‘This violence was completely unnecessary and resulted in officers being taken from front line policing and neighbouring forces to prevent the disorder getting worse, putting increased pressure and strain on our service and ultimately taking away resources from those who may be in desperate need of our help.

‘We are reviewing all obtainable evidence and following all lines of enquiry available to us in order to identify the organisers of this protest as well as those responsible for the officer assaults.

‘If anyone has any information at all in regards to this, or any mobile phone footage from the event itself, please do get in touch with police as soon as possible.’