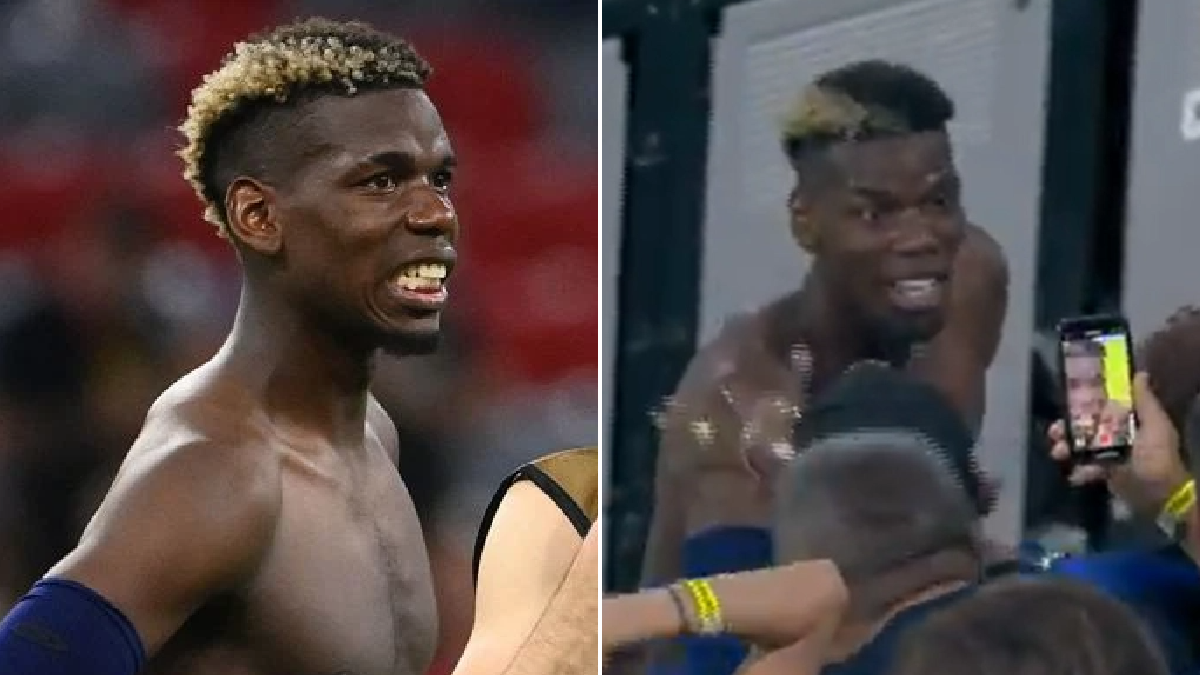 Paul Pogba could be in hot water with UEFA after appearing to breach coronavirus protocol by going into the crowd to hug a spectator after France’s Euro 2020 victory over Germany on Tuesday.

The Manchester United midfielder was named Man of the Match for his performance in Munich, dominating midfield and playing a sublime pass from which the game’s only goal was scored, as Mats Hummels netted an own goal in a 1-0 win for Les Bleus.

After the game, Pogba made a beeline for a French-supporting corner of the ground and handed his shirt to someone – believed to be his mother – before exchanging a long hug.

But all the players at the tournament are in very strict, biosecure bubbles and have been instructed not to come into contact with fans outside their bubble – even if they are family members.

Even shaking hands with opposition players is banned and Pogba could be handed a warning for his actions.

BeIN SPORTS anchor Richard Keys spotted the infringement following France’s victory over Germany and was very critical, with pundit Andy Gray suggesting he will be ‘reprimanded’.

‘It might be a nice gesture but the point here is the players live in a bubble,’ said Keys.

Did Paul Pogba break COVID protocols by getting into the crowd at full time?

Our pundits expect the French midfielder to get in trouble!#beINEURO2020 #EURO2020 #FRAGER

‘And this happened in Qatar recently in a tournament where players left the field, climbed into the stands and two Covid cases resulted.’

Gray chimed in: ‘He’ll at least get reprimanded for that. He must. It’s delicate still, very delicate.’

Fellow pundit Ruud Gullit was more sympathetic towards Pogba, arguing: ‘But have these people also been checked [tested]? So therefore he knows that everybody is okay.’

But Gray was having none of it, replying: ‘He assumes that everybody is okay. He’ll probably get a slap on the wrists and told, “Don’t do it again”.’

Gianfranco Zola, who was also in the studio, added: ‘If I’m Didier [Deschamps], I wouldn’t be very happy about that.’

France are only in second spot after their 1-0 victory over Germany, with Portugal leading Group F following their 3-0 win over Hungary; Les Bleus take on the minnows in their next outing on Saturday.