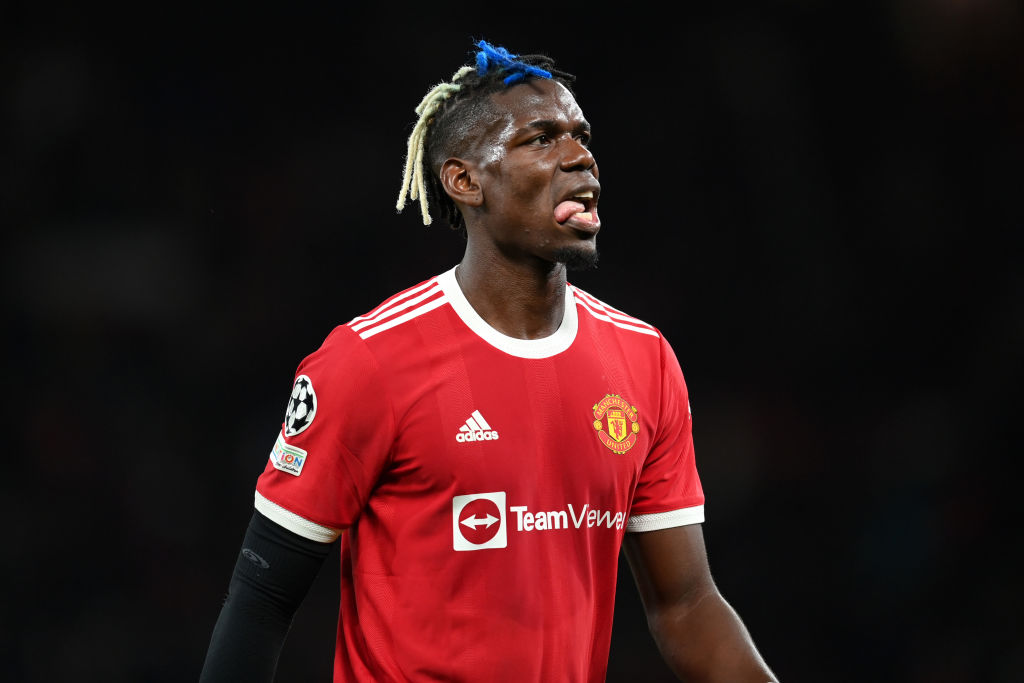 Manchester United midfielder and contract rebel Paul Pogba has moved to dismiss rumours he has been offered a mammoth £500,000-a-week deal to remain at the club.

The Frenchman is out of contract in the summer when he can leave on a free transfer and he can hold talks with foreign clubs over a Bosman from this month onwards.

Pogba is widely expected to leave Old Trafford at the end of this season after renewal talks with United stalled, with Real Madrid, PSG and Juventus all interested in signing him.

But The Sun reported this week that United bosses had made one final attempt to convince Pogba to stay and were prepared to make him the highest-paid player in the Premier League.

The World Cup winner, who is currently sidelined, was rumoured to have been offered a base salary of £400,000-a-week with bonuses and add-ons adding on another £100,000-a-week – a total package worth significantly more than he can earn elsewhere.

But now a spokesman for Pogba has denied the claims of a new contract offer and insists there have been no new talks with the club since negotiations broke down months ago.

In a statement to the Daily Mail, a spokesman for Pogba said: ‘To clarify media reports, Paul has not been offered a new contract in recent months.

‘Paul is fully focused on his recovery from injury with the aim of helping the team as soon as possible.’

Pogba, who has been out of action since the last international break in November with a thigh injury, has already left United on a free transfer once in his career and looks increasingly likely to do so again in the summer.

Speaking about the Frenchman last month, interim boss Ralf Rangnick sounded pessimistic about the chances of Pogba staying, saying: ‘I wouldn’t say he’s not worth keeping but, of course, players have to want to play and stay for a club and a big club like Manchester United.

‘If a player does not want to play for a club like Manchester United medium or long-term, I don’t think it makes sense to convince him to change his mind.

‘This is such a massive club with such fantastic support from the supporters, I don’t think anyone in the club should try to convince a player to stay. But on the other hand, let’s wait and see.’