‘Always there are many things off the pitch’: Pep Guardiola admits sheer amount of distraction at Manchester City is unique…. and believes champions would have retained league title in any other season

Pep Guardiola admitted the sheer amount of distractions at Manchester City this season have proven unique – but still believes his team could have defended the title in any other campaign.

City head into Sunday’s Carabao Cup final against Aston Villa hoping to lift a fourth consecutive domestic trophy but their manager has had to contend with a raft of problems.

Injuries have mounted – with Aymeric Laporte now out for up to a month with a hamstring complaint – while UEFA issued a two-year Champions League ban for breaching Financial Fair Play regulations. 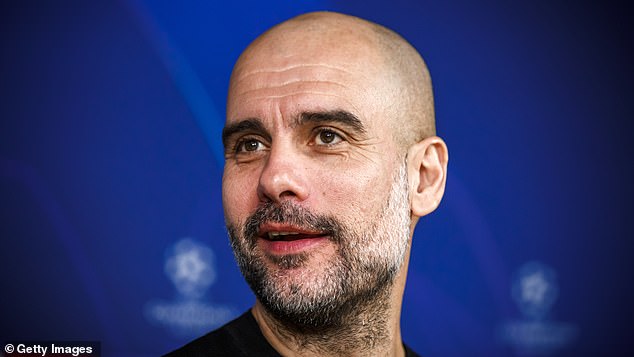 Guardiola’s emails were allegedly hacked by a former contractor and the manager’s future has been a common theme this term. Assistant manager Mikel Arteta also left for Arsenal and the Premier League continue a three-pronged investigation, which could lead to further sanctions.

Asked if the problems to deal with had been unique for a manager, Guardiola replied: ‘A little bit, yeah. Always there are many things off the pitch – managers today sometimes (have to) focus more on that.

‘Johan Cruyff told me once that the problem with the managers at the big clubs is that 70 or 80 per cent is issues off the pitch and just 20 on the pitch.

‘At the time I thought, “he’s crazy”. But it was true. We have to handle it, help the club and focus on what we love.’ 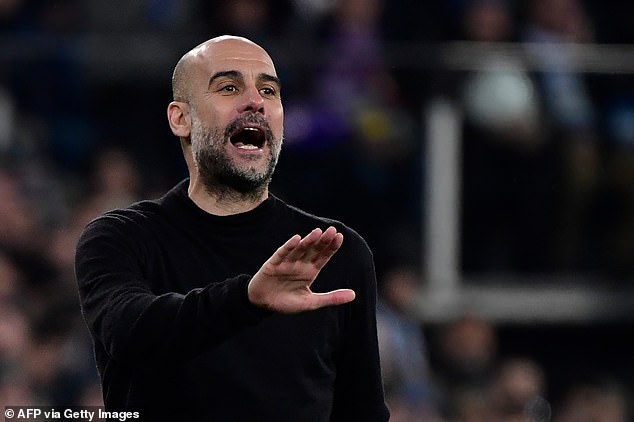 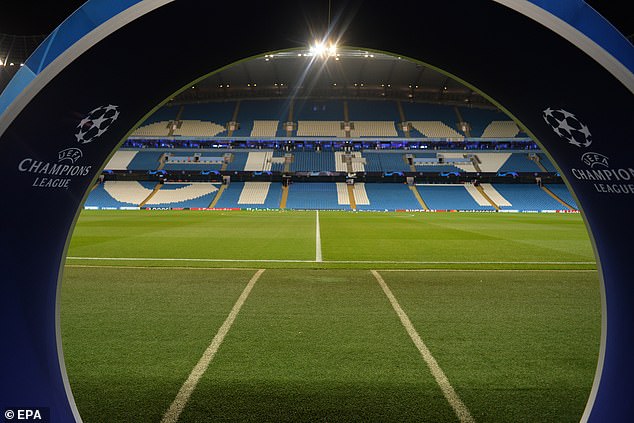 City find themselves 22 points adrift of champions-elect Liverpool but their boss insists that any normal season would have seen his team challenging.

‘We have a good points average to be Champions, it’s not far from the points tallies of Sir Alex Ferguson and Arsene Wenger, it’s just we have an incredible opponent. Wow, nothing to say.

‘We can only learn from them. Our target is to imitate them. But to be in there again is good, the mentality is the same, to be starving, hungry to win another one.’

Guardiola spoke glowingly of the prospect of winning six titles in a row – an assessment that includes the two Community Shield victories in 2018 and 2019 – and believes a winning mentality manifested itself among his squad. 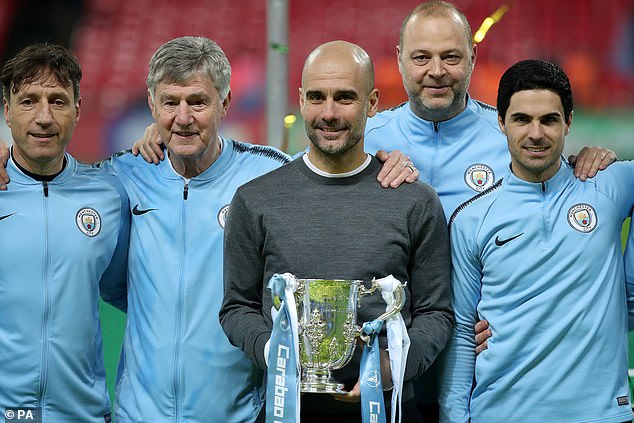 ‘I am pretty sure that the Manchester City fans are going to remember it,’ he added. ‘Since we won the Carabao Cup as our first title together (in 2017), we have played 11 competitions.

‘If we win against Villa, we will have won eight. Eight out of 11 at this level is incredible. And it would be the last six domestic titles.

‘There are no words to express my gratitude to these players. It is honestly so difficult to do it and to maintain that. Now we have played 10 titles and won seven, so that is massive.’