‘I definitely could not have imagined it’: Pep Guardiola admits surprise at Manchester City’s domestic dominance after third-straight Carabao Cup triumph

Pep Guardiola predicted no team will match Manchester City’s domestic dominance after lifting the sixth major trophy of his reign on Sunday.

City were in control against Aston Villa through goals from Sergio Aguero and Rodri, but Mbwana Samatta struck back for Dean Smith’s side and they almost forced extra-time.

The Premier League champions held on to seal a third consecutive Carabao Cup title and sweep the last four domestic competitions on offer. 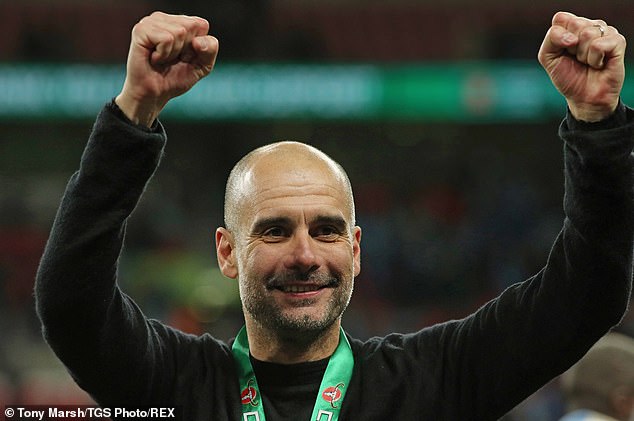 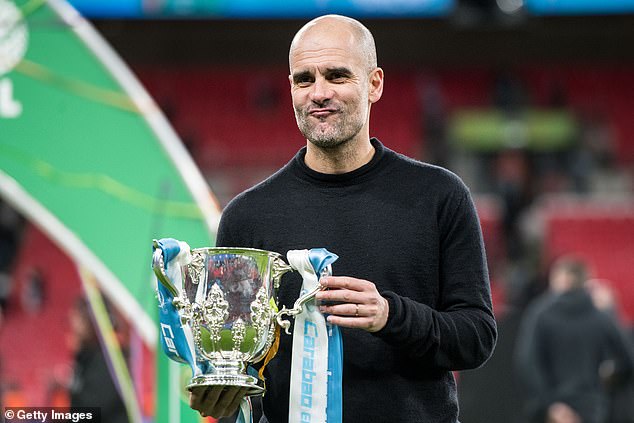 Guardiola poses with the Carabao Cup trophy, which City have won for the third year in a row

‘I think it is remarkable, to win eight of the last nine titles (including the Community Shield) and it will be so difficult for anyone to do it again – not just us, but our opponents,’ Guardiola said.

‘It means consistency. When you remember and review it, you know this group of players are so special.

‘It’s about showing that we are there in every game. That is the best thing we can give to a club. I think it is important that everybody knows that we have a responsibility to win titles.

‘Sergio has won 13 titles here, that is amazing. The legacy of the new striker will be compared to that high level and that is good.’ 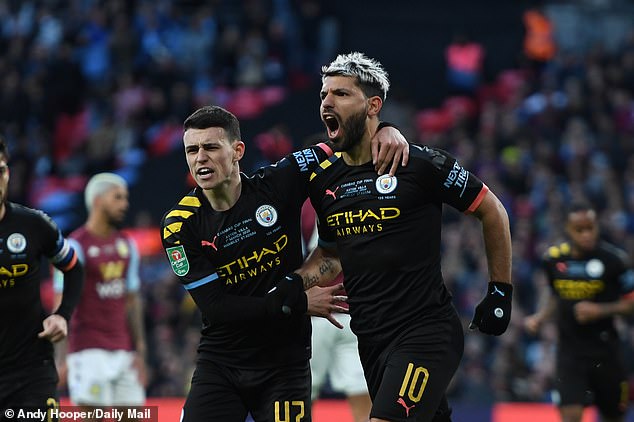 Sergio Aguero, who scored in Sunday’s final, collected his 13th winners’ medal at the club

Guardiola believes his four seasons at the Etihad Stadium have left a lasting legacy – and claimed the amount of silverware has elevated City to a different level.

The Catalan did, however, predict surprise at his club’s success. ‘I definitely could not have imagined it,’ he added.

‘The most remarkable thing is that so many Premier League champions drop after winning the league – they finish fifth or sixth or seventh – but we are still there in second, seven points clear from third, so that counts for something.’

Guardiola had insisted his squad still had the hunger and desire to continue succeeding despite falling behind Liverpool in the title race, and Raheem Sterling laid that bare. 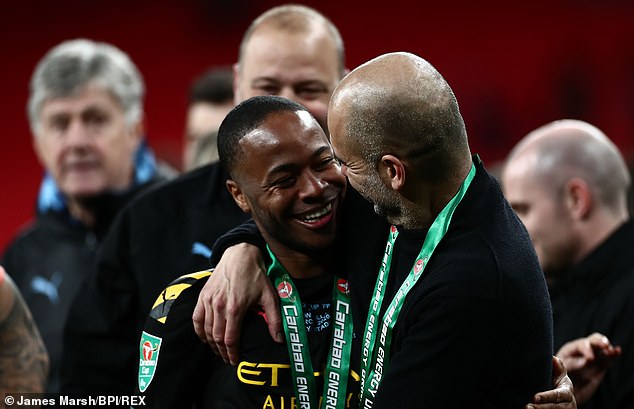 ‘I can never get enough of it,’ Sterling said. ‘We’ve done the job and we were professional. The league was difficult this year.

‘We’ve won one title so far but we’re still in the running for two more. We’re fully focused and ready to do the business.

‘It’s so hard to do that for three years on the bounce and that’s what we’ve done, so we’ll just keep doing it, keep trying to win trophies.’

Guardiola praised John Stones for the way in which he reacted to a mistake for Samatta’s goal and was indebted to Claudio Bravo’s stunning late save.

Smith was perplexed that City were awarded a corner before Rodri’s header but believes Villa have shown enough that they can stay in the top flight. 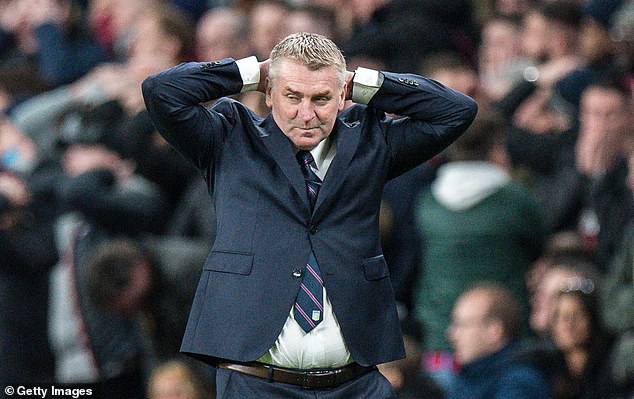 ‘We can’t hide from the fact we’re in the bottom three after the results on Saturday,’ Smith said.

‘But we can take a lot of heart from that performance and if we play like that against many teams in the league, we will get out of that relegation spot.

‘Today’s performance was the standard. We were written off after last week at Southampton [a 2-0 defeat] but there haven’t been too many of those.’