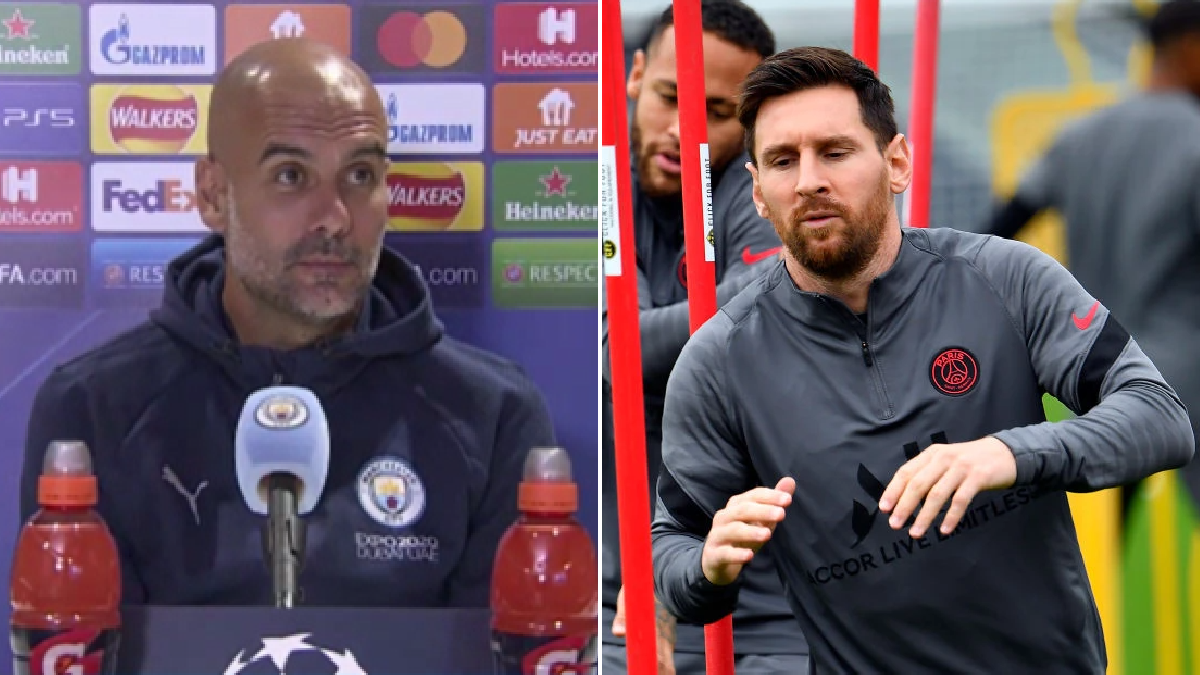 Pep Guardiola hopes Lionel Messi manages to shake off his injury niggle so he can play against Manchester City in Tuesday’s Champions League clash and claims he ‘does not know’ how to stop PSG’s lethal front three.

The French giants strengthened their squad enormously this summer, bringing in Messi, Georginio Wijnaldum, Sergio Ramos and Gianluigi Donnarumma on free transfers and spending big to prise Achraf Hakimi away from Inter.

They came up short against City at the semi-final stage of last season’s competition – losing 2-1 in the first leg at the Parc des Princes, and 4-1 on aggregate – but will be hoping their new recruits can change their fortunes.

Messi, who spent four trophy-laden years under Guardiola at Camp Nou, is undoubtedly the star attraction of PSG’s summer splurge but his career in Paris is yet to really ignite, failing to score or assist in his three appearances so far.

He has missed the last two Ligue 1 matches with a minor injury but has been back in training in the build-up to Tuesday’s clash and Guardiola has no doubts about how dangerous a player Messi still is despite his inauspicious start to life after Barcelona – though is still keen to face him.

Asked about the six-time Ballon d’Or winner at his pre-match press conference, Guardiola replied: ‘Well I think this type of player, Messi especially, speaks for himself on the pitch, so I don’t have to add anything else.

‘We are fortunate to have seen him during this 15- or 16-year career, I don’t know how many years he’s been a professional. Messi speaks for himself, we don’t have to describe him or talk about him. Just what he has done in his career is more than exceptional and hopefully tomorrow he can play for the benefit of the game.’

On PSG’s dangerous front three, he continued: ‘They are exceptional players, everybody knows it. All of them are so good individually and they can combine and connect with each other.

‘They are a fantastic team. What can you say about the players that they have? Marquinhos, I’m a big fan of him, Hakimi and all the midfield players: Paredes, Danilo, Herrera’s in good form and Verratti especially.

On how he intends to stop PSG’s front three, Guardiola added bluntly: ‘I don’t know. With this amount of quality I don’t know what we should do to stop them, honestly.

‘I don’t know, they are so good. This amount of talent all together to be controlled is so difficult. We are going to try. We have to defend well when we don’t have the ball and try to let them run when we have the ball. This is what we have to do, but it’s difficult.’