PLAYER RATINGS: Suarez looked his age after a drab display in attack – but staunch defending from Gimenez and Godin kept Son quiet in Uruguay and South Korea’s forgettable stalemate

The World Cup’s tally of lacklustre 0-0 stalemates continued in Group G as Uruguay and South Korea played out a goalless affair at the Education City Stadium on Thursday.

Both sides were forced to settle for a share of the spoils after Diego Godin and Federico Valverde each struck the woodwork for Diego Alonso’s side, after Hwang Ui-jo squandered a glorious chance to take the lead for South Korea.

Sportsmail has rated both teams’ players following the drab affair in Al Rayyan. 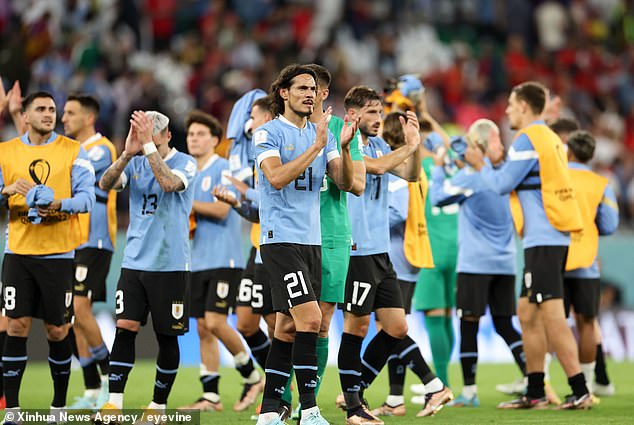 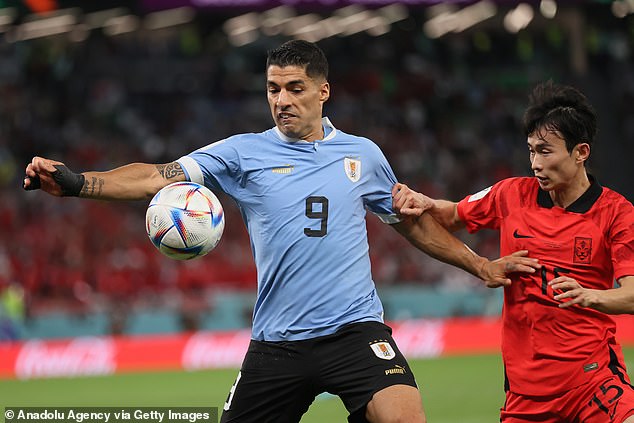 Solid when called upon. His error late on could have been punished if Son Heung-min had his shooting boots on.

Reliable performance from the 35-year-old veteran, who dealt with South Korea well despite the yellow card. Offered little going forward.

Best player on the pitch with dominance in the air and leadership at the back. Peppered South Korea with threatening diagonal passes in the first-half.

Unlucky to see his header crash the post. Dealt with South Korea’s long ball strategy well despite his ageing legs. 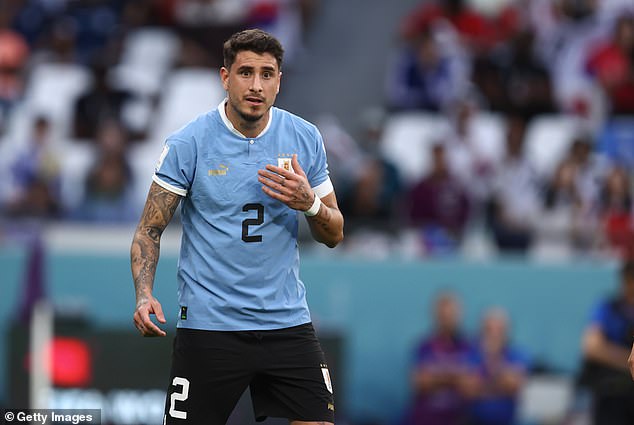 Missed a glorious chance to slot Darwin Nunez through in the first half. Was more useful in defence.

Nearly snatched the win with a well-struck effort from distance. Defended admirably in midfield but never questioned South Korea with the final pass.

Hooked off early after an inconsistent performance. Could have been far more progressive with his passing.

Did the basics really well until he misplaced a couple of passes in the second-half. 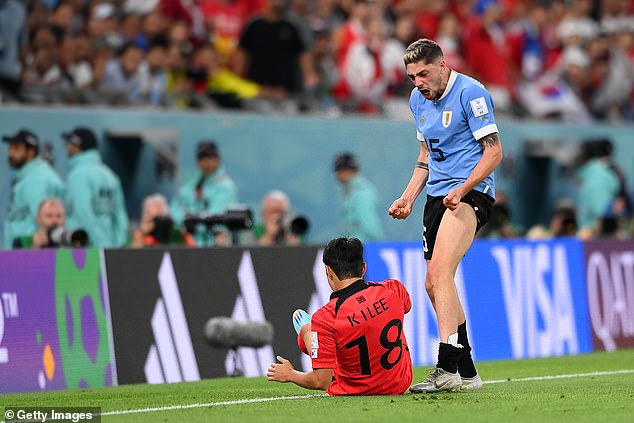 Showed why Manchester United haven’t trusted him yet. Made the right runs but lacked potency in the final third. Never gave up running until his substitution.

Vacant until Diego Alonso hooked him off. Relied too much on the midfield creating for him and lacked the street fighter mentality he once had.

Missed a solid chance in the first-half and looked lost on the left flank. Showed flashes of promise but ultimately failed to deliver. 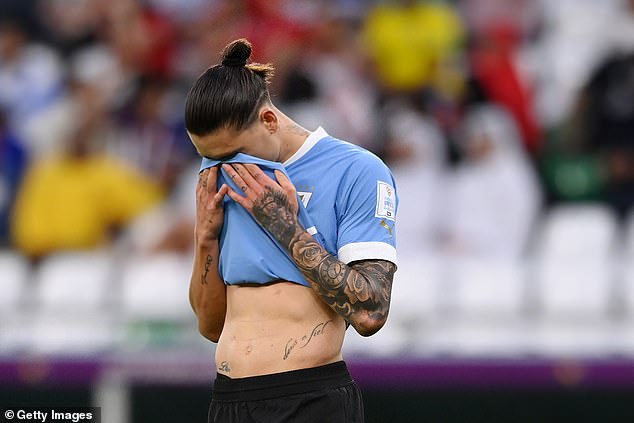 Took pressure off the defence with a solid display between the sticks. Made saves when called upon and was confident from crosses.

Adapted well to deal with Pellistri after letting him through early in the first-half. Offered good width when Son Heung-min cut inside.

Stayed compact and showed experience by keeping Luis Suarez quiet. Made a number of important blocks in the latter stages.

Emerged a key leader at the back for the team. Nearly fashioned a good chance form a corner with a nifty flick. Shook off his knock and carried on stoically. 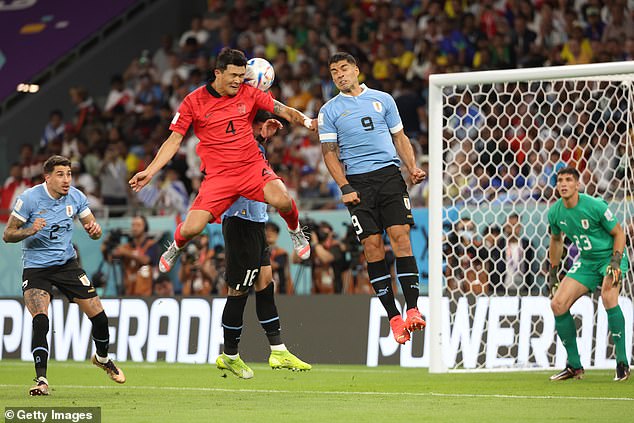 Had a quiet afternoon in defence thanks to Darwin Nunez’s inefficacy on the left. Stayed compact and supported the attack well on occasion.

Looked desperate for a wondergoal. Too many long shots blighted promising positions for South Korea. Firmly anchored the midfield.

Lacked his usual cutting edge. Still looked most like scoring but squandered decent half chance in the closing stages. 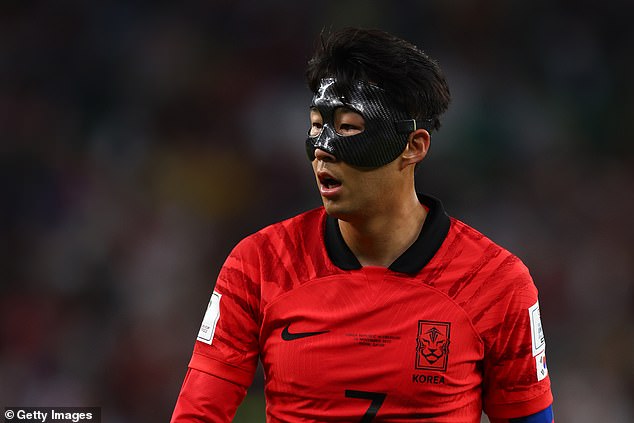 Couldn’t find a way around the Uruguay wall. Rarely took on the defence with direct running.

Started well in the first-half but faded away in the second half.

Fluffed the best chance of the game. Cannot be missing those opportunities at major tournaments. 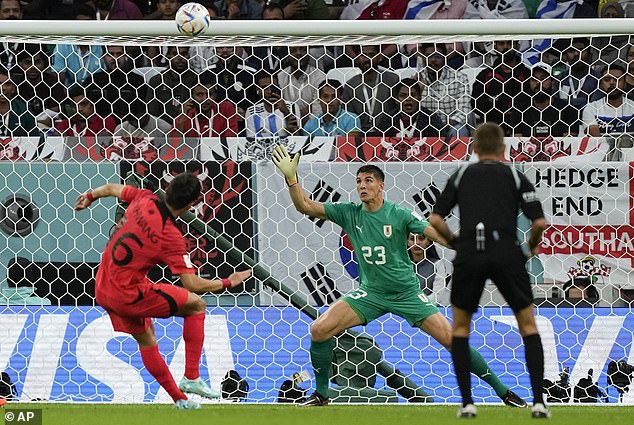