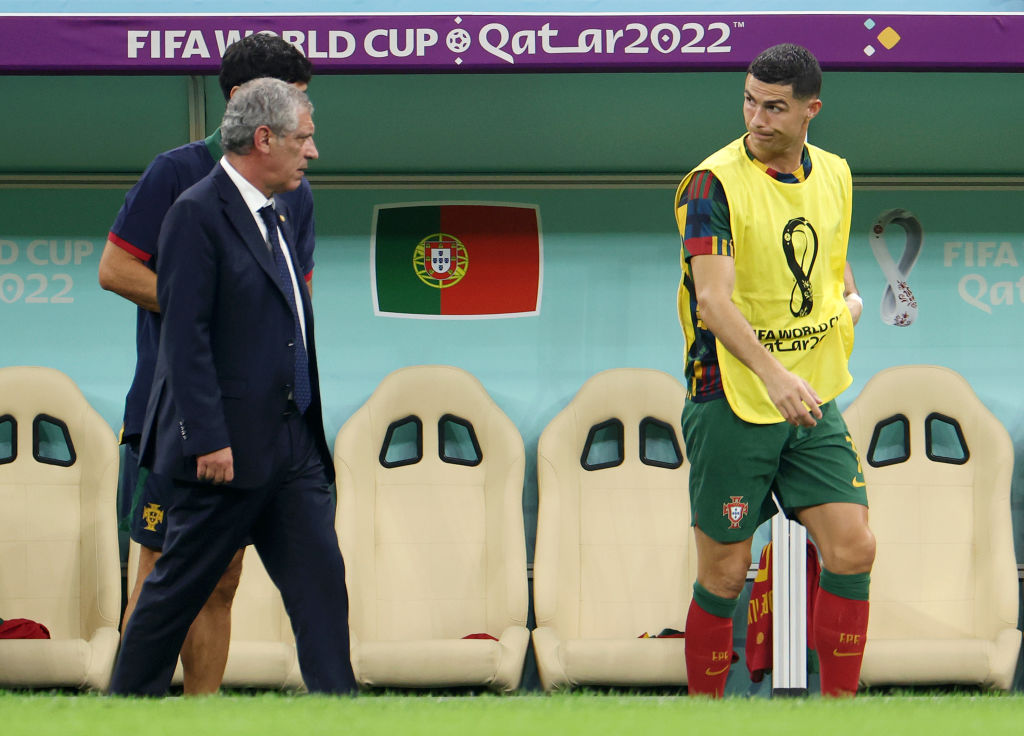 Portugal manager Fernando Santos says Cristiano Ronaldo was not dropped for the World Cup round of 16 win over Switzerland because of his conduct in a previous match.

Ronaldo began Tuesday night in Qatar on the bench and only came on for the final 17 minutes as Portugal thrashed their opponents 6-1 to advance to the quarter-finals.

It was believed that Santos decided to drop his star player and captain after he sulked after being subbed off in the defeat to South Korea in their last group game.

The decision was surprising to say the least, but perhaps equally shocking was the striker replacing Ronaldo, with 21-year-old Goncalo Ramos selected ahead of the likes of Andre Silva and Rafael Leao.

It was Ramos’ very first start for his country, but the risk paid off after the Benfica star netted a stunning hattrick.

Post-match, Santos was asked why exactly he benched Ronaldo and the manager firmly denied that it was over the South Korea incident.

‘Cristiano and Ramos are different players. There is no problem with the captain of the national team,’ he said.

Cristiano Ronaldo is going to struggle to re-gain his spot in the team after this performance… ð¬#ITVFootball | #FIFAWorldCup pic.twitter.com/ChntVtONCx

‘It was strategic. Players are different. I also started [Diogo] Dalot, Raphael [Guerreiro], however [Joao] Cancelo is a fabulous player.

‘That’s what I thought for the game against Switzerland, in another game it might be different.

‘There is no problem between Fernando Santos and the captain of the national team. We’ve been friends for many years and things don’t affect us.

‘Coaches make decisions. I already explained, that part was completely resolved and he set an example of a great captain.’

Ronaldo looked understandably upset at not being in the XI, the first time he has not started for Portugal at a major tournament since Euro 2008.

But he happily celebrated with his team after every goal against Switzerland, while fans cheered his name and urged Santos to sub him on during the second-half.