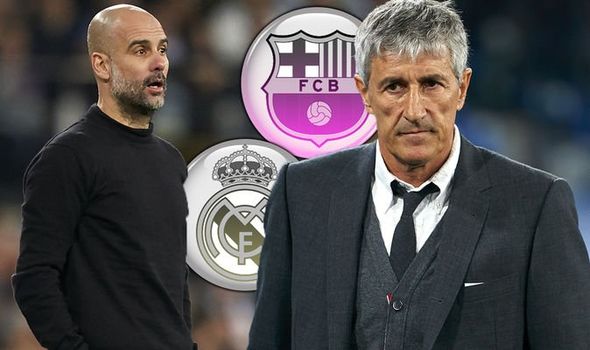 Barcelona boss Quique Setien has admitted he spoke to Pep Guardiola after Manchester City’s win over Real Madrid in midweek – and could even take pointers from how City prevailed at the Bernabeu.

Barca travel to Madrid to take on their arch-rivals in the 244th Clasico just days after Real were stung in the Champions League.

Having led 1-0 in front of their own fans, the 13-time European champions were beaten 2-1 after goals from Gabriel Jesus and Kevin De Bruyne.

Zinedine Zidane’s side will also be without captain Sergio Ramos for the return tie at the Etihad due to suspension.

Real will be looking to bounce back tonight (8pm) against Barca, who they trail by two points in the La Liga table. 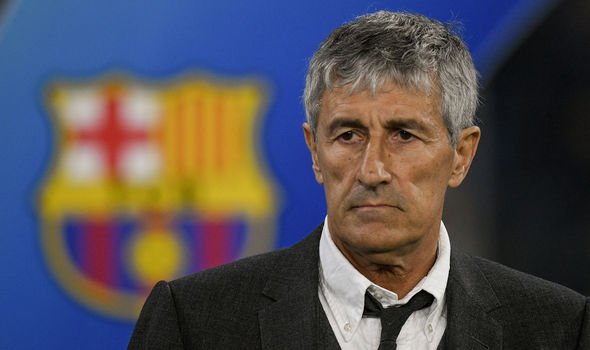 An away win would open up a five-point advantage for the Catalan outfit, who have not lost at the Bernabeu since October 2014.

And Setien has revealed he spoke to former Barca boss Guardiola, whose win with City in the Spanish capital was his 10th in 20 career games against Real.

Former Real Betis coach Setien was present for his latest triumph over Los Blancos, sitting in the stands to witness the different tactical approach adopted by his countryman.

Guardiola used a traditional 4-4-2 formation with De Bruyne and Bernardo Silva operating as false No 9s with natural striker Gabriel Jesus on the left-hand side of midfield. 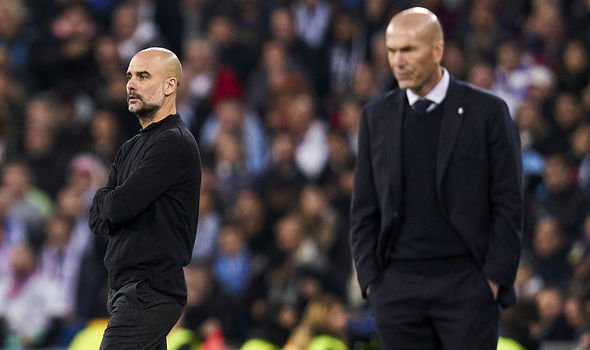 Setien admitted City’s performance gave him some things to think about in terms of Barca’s set-up.

“I didn’t go to watch Guardiola, I went to watch the game and Real Madrid,” he said of his Bernabeu trip.

“We were drawing conclusions. Then we had the chance to speak [to Guardiola] a bit, we spoke about different things.

“We’d already seen the plan that he designed to win the game and play it.

“There were things that City were able to do that will do us good, and there are others that we can’t do and that don’t interest us.

“[Guardiola and I] have a good relationship, nothing else.”

Setien has sought to heap the pressure on opposite number Zidane, insisting the pressure is all on Real in the Clasico.

He said: ”It’s a key, maybe not decisive, game for them, but it’s more important for them than it is for us because if we win then we’ll go five points clear.

“I know it will be an even game which will have alternatives. It will be like what Clasicos are usually like.

“Until now, I’d always watched these games from the sofa or the stands. 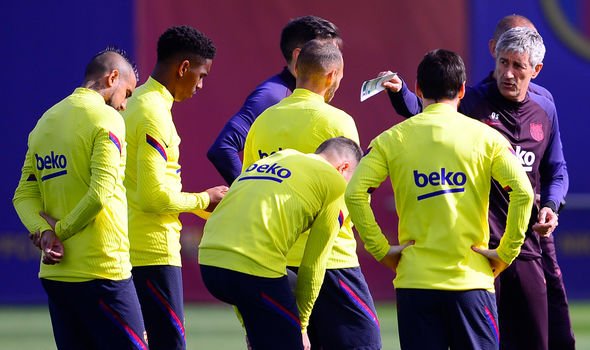 “It has a tremendous emotional component for a lot of people. We all want to win for our team and play well. These are very special games.

“It’s always dangerous at their home, where they play,” he said. “When the game starts, everything will be forgotten.

“You know what you’re going to get from Barcelona or Real Madrid and you think about playing and doing the best possible.

“When it starts, everything is in the hands of the players.”