Edinson Cavani has told Ralf Rangnick that he wants to stay at Manchester United and help improve the team’s fortunes.

The 34-year-old joined the Old Trafford giants in October 2020 and was strongly tipped to leave after just one season, only to agree to stay for a further campaign.

There was more speculation about his future heading into the January transfer window but Rangnick told Cavani that he had no intention of letting him leave as Barcelona reportedly eyed a move. 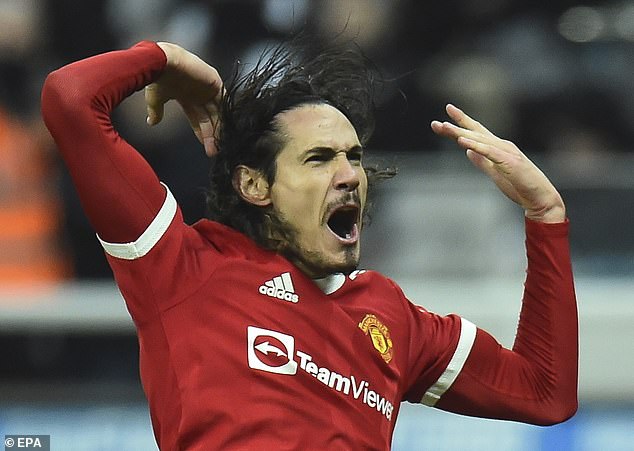 Asked if he had told any players they can leave this month following last week’s comments about the veteran striker and Donny Van De Beek, the interim United boss said: ‘No, but I also didn’t tell Edi that he cannot leave.

‘I told him that if it was up to me I would want him to stay and I had a conversation with him [on Thursday].

‘He came to my office and we spoke for almost half an hour and he told me that he will definitely stay, he will want to stay until the end of the season.

‘Not only because I told him that he should stay or has to stay, but he did it on his own behalf. 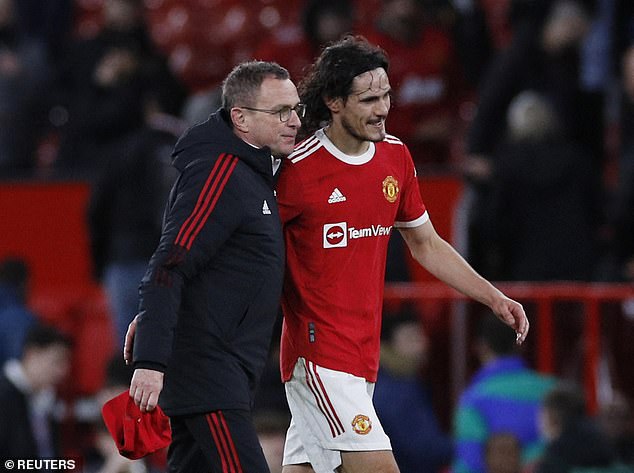 ‘He told me that I can rely on him to stay until the end of the season and give his very best, be a role model for the young players.

‘If he should play from the start, he’s available and he’s happy to play.

‘Even if he’s not playing, he will be trying to be the best possible role model for the other players.

‘This is, for me, good news because Edi is one of those players with his vast amount of experience, his mentality, his work ethic, who could really be a perfect role model for all the other players.’ 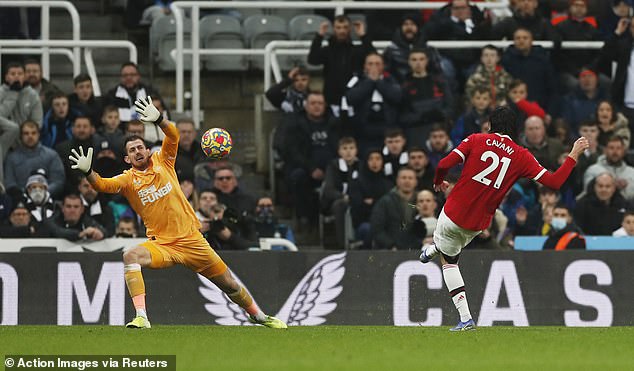 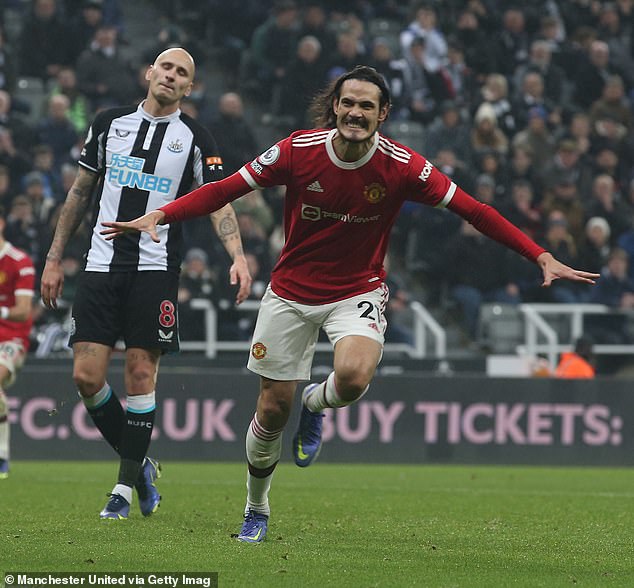 The goal at St. James’ Park was Cavani’s second in the Premier League so far this season

United need all the knowhow and quality they can get as they look to end what is now a five-year wait for a trophy.

Their Premier League title hopes have long since evaporated and Rangnick’s side welcome Aston Villa on Monday in the final FA Cup fixture of the third round.

‘I’ve always been a big fan, supporter and admirer of the FA Cup,’ the 63-year-old said.

‘I remember back in 1980 or 1981 when I spent my year abroad in Brighton I watched the FA Cup final at Wembley. 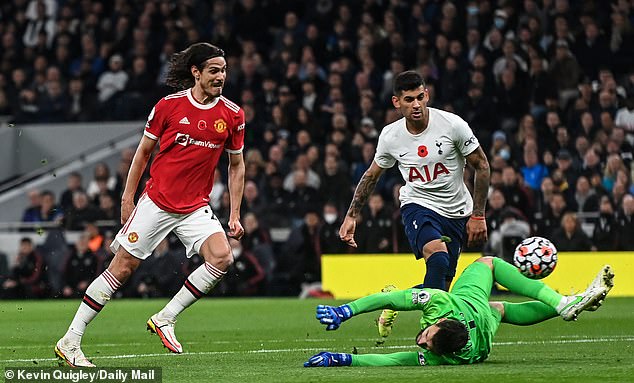 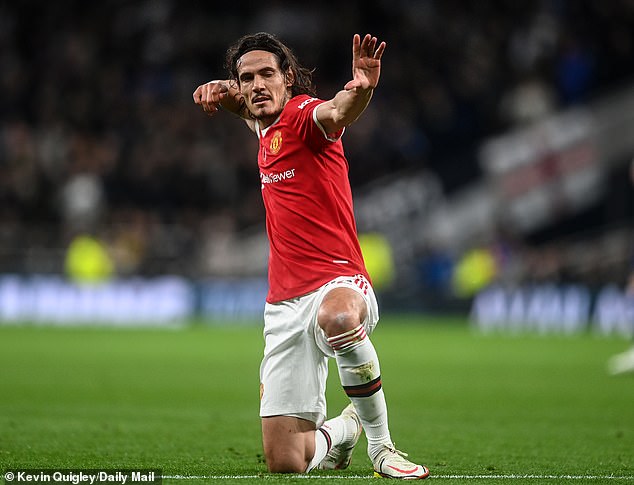 ‘It was West Ham against Arsenal, it was my farewell present from my team-mates at Southwick.

‘I’ve always been a big admirer of the atmosphere, that was obviously the old Wembley stadium.

‘For me it’s a very important competition. We will definitely try to play with our best possible team in that game and a strong team. 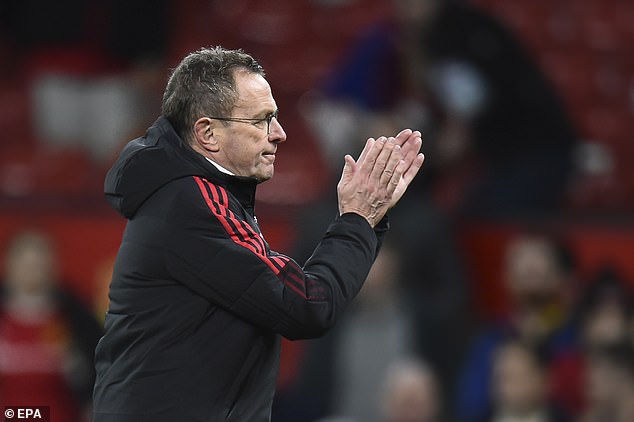 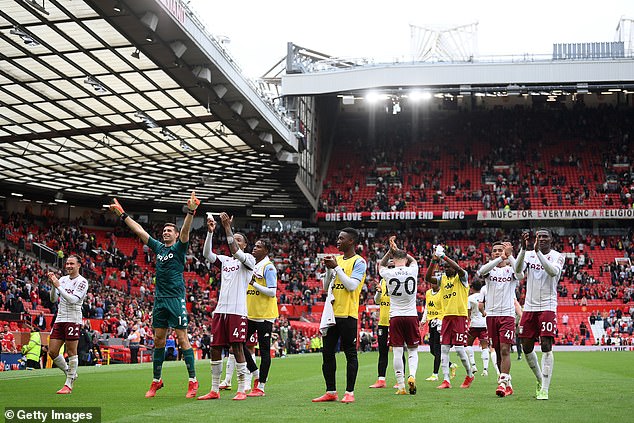 ‘We take the game as seriously as we can and hopefully get one round further ahead but in order to do that we have to be successful against Aston Villa.

‘We know it will not be an easy game because especially since they change managers they have been doing well.

‘They won four games and lost four games, three of them against the top team. It needs a top performance from us to be successful.’