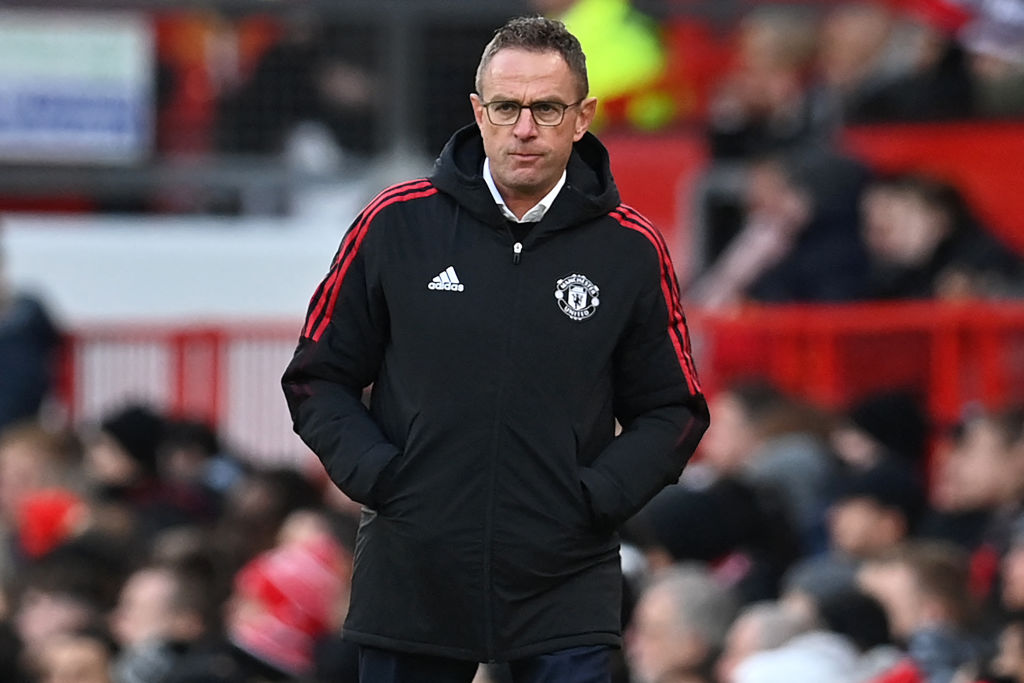 Rangnick took charge of United for the first time in their Premier League match against Crystal Palace last Saturday, a game they won 1-0.

Speaking after the match, the 63-year-old praised the performances of holding midfielders Fred and Scott McTominay, but urged them to cut out the sloppy square passes from their games.

‘They did one or two or three mistakes, especially in the first half there were two square passes; one from Scott, one from Fred,’ he said.

‘I don’t like those kinds of balls in midfield in those positions. But overall, when the other team is in possession of the ball, both Fred and Scotty they are almost perfect for that kind of football.’

But it seems that Rangnick already had his eyes on replacing one, or both of the players before he joined the club.

The German boss told United bosses that he sees the midfield as an area of weakness during his interview for the job, according to ESPN.

Rangnick also reportedly singled out Bellingham’s Dortmund teammate Erling Haaland as a player that United should look to sign.

United have had a long-standing interest in Haaland, who has scored 74 goals in 72 appearances for Dortmund, and could be part of a bidding war for the Norway international in the summer with some of Europe’s top clubs also interested in signing him.

But although Rangnick has identified the players he wants to bring in, both he and the club expect a quiet January window, with outgoings the priority.

In the meantime, Rangnick will be looking for results on the pitch, with United’s Premier League trip to bottom of the table Norwich on Saturday the first of five games between now and the end of December.