Raul Jimenez has backed Wolves to complete a remarkable three-year journey from the Championship to the Champions League.

This is only Wolves’ second season in the top flight since promotion yet ahead of Sunday’s vital clash at Tottenham, they are fighting for a top-four finish and have also reached the last 16 of the Europa League, with the winner of that competition qualifying for the Champions League.

Jimenez is set to return to the starting XI at Spurs after being rested at Espanyol in midweek, where Wolves lost 3-2 but progressed 6-3 on aggregate to face Olympiacos. 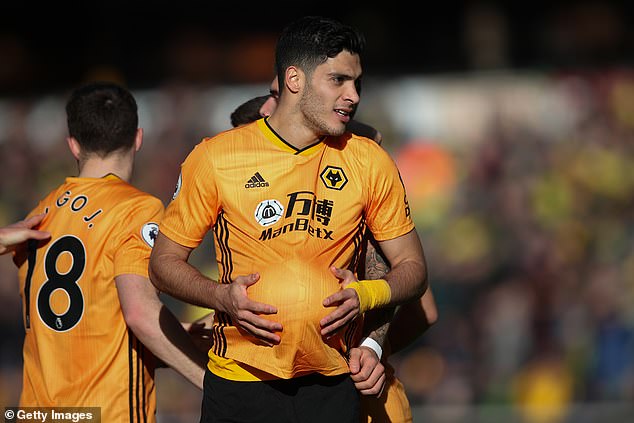 ‘It’s a very big step for the club because less than two years ago this team was in the Championship and now we’re fighting to be in the Champions League,’ said Jimenez.

‘We know that we have to be proud of ourselves because we are fighting for that.

“I’m proud of the team and what we are doing. The Champions League is achievable.

‘It’s very important for us, knowing that we can be disappointed if we don’t achieve it but knowing that we are now in the frame to achieve these kind of things. We have to be patient, intelligent in all the games.

‘Tottenham are close to us. They beat us at home this season and last season but we beat them away from home. It’s important for us to win this game to keep going up the table.

‘It has gone much better [than I thought I would since I joined Wolves]. Now I know we can achieve great things.’

This match will be Wolves’ 46th competitive encounter of a season that started on July 25 against Northern Irish club Crusaders, in the first round of the Europa League qualifiers. 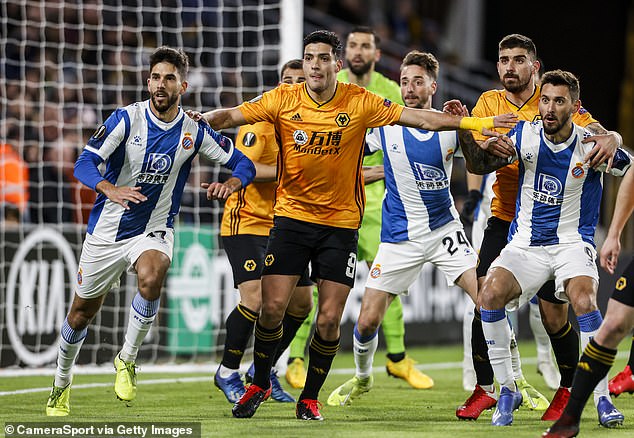 But they have been impressive in Europe and Jimenez is starting to believe they can go all the way.

He added: ‘We have to think of that. We have to be thinking we can touch the sky.

‘We are confident aganst anyone. If we want to be the champions of the tournament then we have to be confident.’