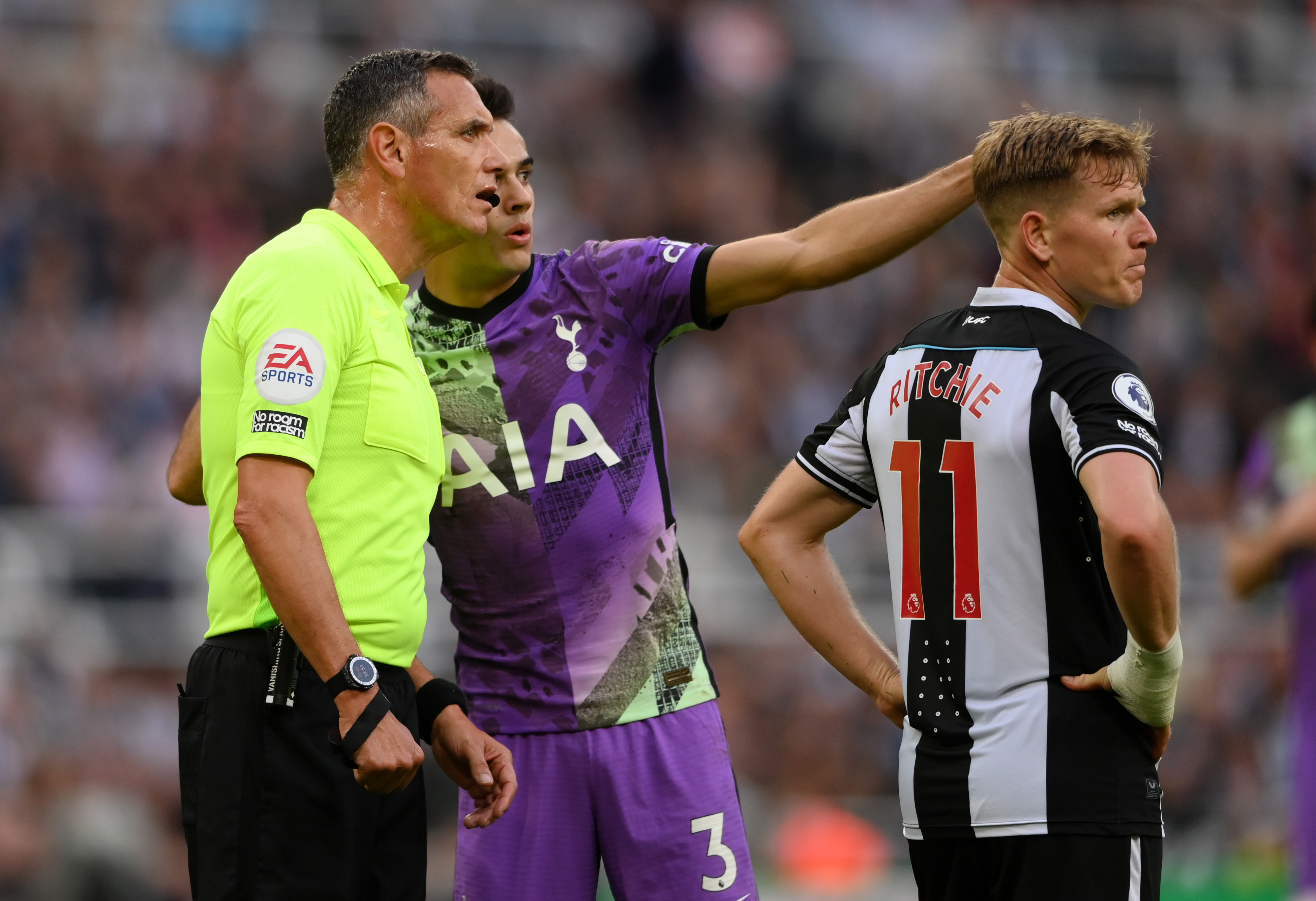 The pre-match party atmosphere turned to deep concern in the 40th minute as players from both teams alerted the officials to a disturbance in the East Stand of the ground.

Newcastle’s club doctor Paul Catterson sprinted across the pitch with a defibrillator to tend to the fan and play was briefly suspended before Son Heung-min extended the visitors’ lead.

It’s since been confirmed that the individual in question is awake and responsive at Newcastle’s Royal Victoria Infirmary hospital.

Asked about the incident in his post-match interview, Spurs full-back Reguilon told Sky Sports: ‘I saw one guy lying down and one man was doing like this (chest compressions). I was very nervous.

Harry Kane passed on his best wishes to the supporter and thanked fans and medical staff for their quick response.

‘First and foremost, we want to obviously send our best wishes to the guy in the stands,’ the Tottenham and England striker said.

‘Obviously, it was not a good sight to see and we’re hearing that he might be stable now so we’re thankful to the emergency teams and the fans that were doing the CPR.

‘Hopefully he’s okay and we wish him all the best, from all the players and Tottenham.’

Kane brought his Premier League goal drought to an end with his strike in the 22nd minute, but was disappointed Spurs failed to extend their lead after Son’s third.

‘The game itself didn’t start great. We knew they were going to come out fast and they got their early goal,’ he added.

‘After that, I thought we really composed ourselves, kept the ball well and created some good chances. We took them well.

‘The only disappointment is that once we were 3-1 up in the second half, we should have saw the game out and got the fourth and fifth.

‘They made it quite difficult at the end there.’