REVEALED: England remain on UK time in Qatar in a bid to cope with the heat and unusual 10pm kick-offs at the World Cup… with players eating breakfast at midday, having lunch at 6pm and training in the afternoon

The England camp are keeping their body clocks on UK time to combat the heat and help adapt to the unusually late 10pm kick-off times here at the World Cup.

From the four matches Gareth Southgate’s side have played here in Qatar, three of them have kicked off at the later time of 10pm.

Sunday’s quarter-final against France at the Al Bayt Stadium is also scheduled to start at 10pm – as are the semi-final and final. 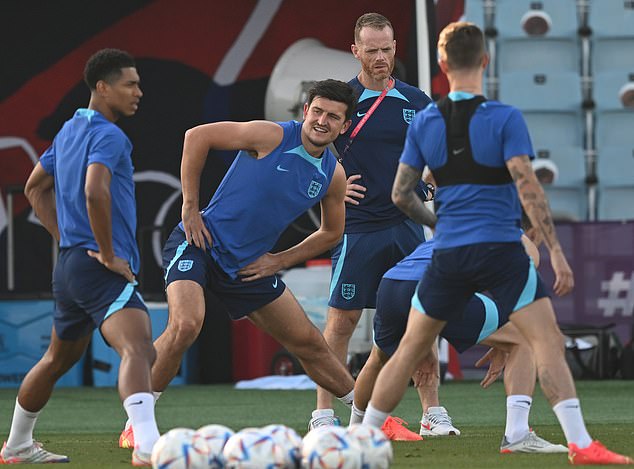 Premier League matches kick-off no later than 8.15pm and the later start times here in Doha is a scenario the players are unaccustomed to.

And the England contingent have taken steps to remain on a UK time zone as they adapt their preparations for the later 10pm matches.

The team are training at a later time of 3pm here in Qatar, who are three hours ahead of the UK, because they believe it will aid their preparations for matches.

Indeed, one of the key reasons behind the later than usual training schedule is avoiding the scenario of players being exposed to energy-sapping temperatures during the hottest part of the day. 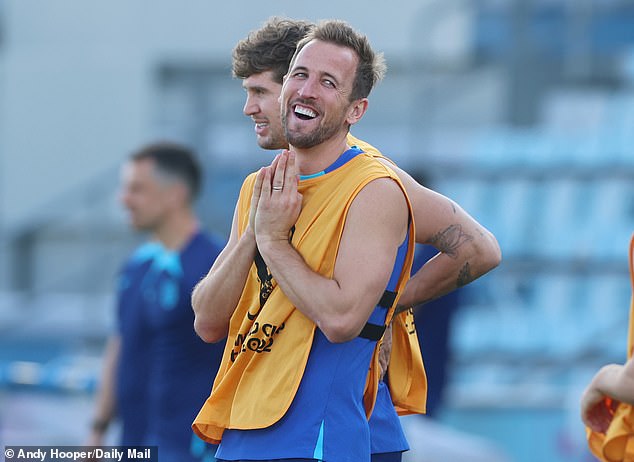 While temperatures have dropped here in Qatar since the start of tournament, England staff still feel training before 3pm is too hot for players, triggering concerns their exertions could hinder performance on match-days.

Staying on UK time also means it should be easier for players to adapt back to UK time when they arrive home after the World Cup.

The first set of Premier League fixtures after the tournament will take place on Boxing Day – just eight days after the World Cup final. 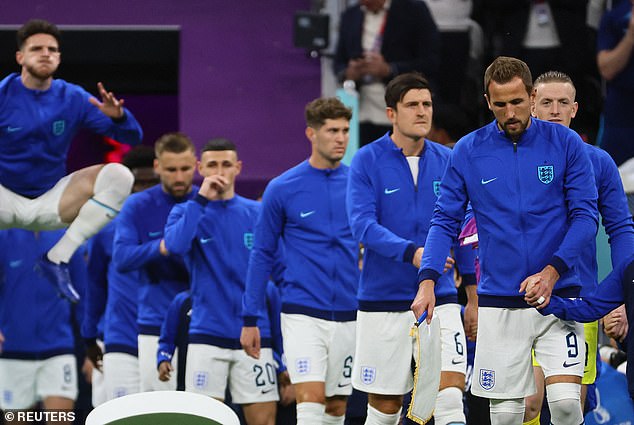