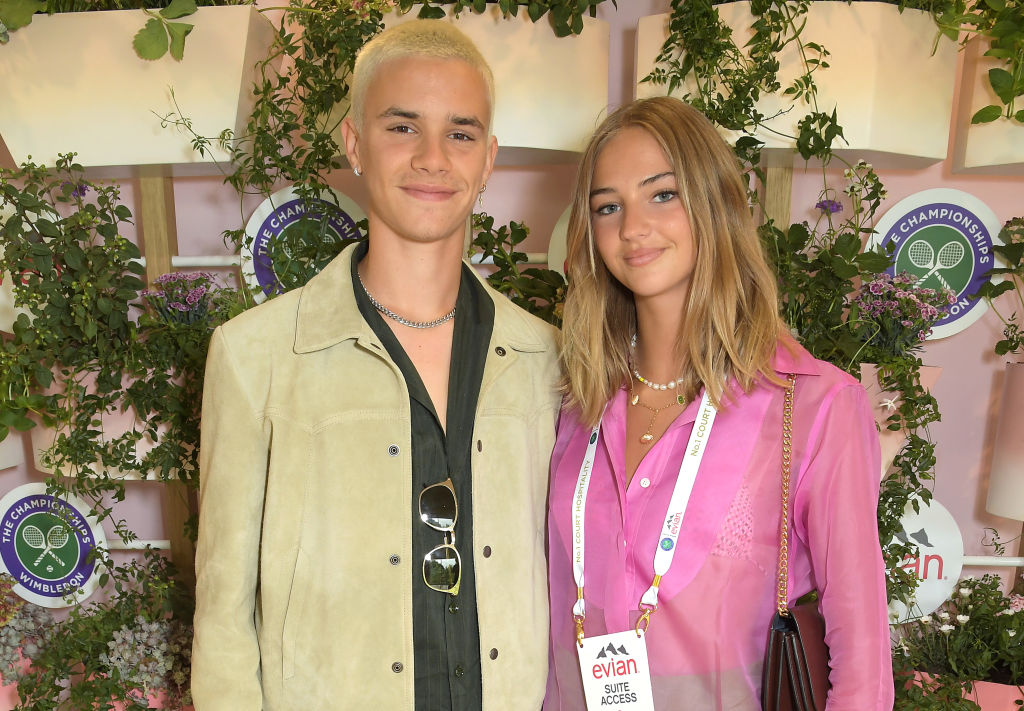 Romeo Beckham made his professional debut on Sunday night, starting for Fort Lauderdale alongside Harvey Neville in a 2-2 draw with Tormenta in USL League One.

The sons of David Beckham and Phil Neville saw their side twice take the lead and twice get pegged back as Romeo played 79 minutes and Harvey the full 90.

Beckham was playing on the right-wing, just like his dad, in his debut for the club, while Neville, operating in central midfield, was making his 16th appearance for the side since moving to the States with his father earlier this year.

Fort Lauderdale play in the third tier of football in America and act as a feeder club to Inter Miami in MLS – part-owned by David Beckham and managed by Phil Neville.

The younger Beckham and Nevilles, who are both 19, have trained with the Inter Miami squad, including star names like Gonzalo Higuain and Blaise Matuidi, but will remain with Fort Lauderdale for now.

Romeo wrote on Instagram after the match at DRV PNK Stadium: ‘ Blessed to have made my pro debut tonight for @fortlauderdalecf ❤️ full focus onto the next match.’

It was a debut of little note, with Beckham struggling to make much of an impact on his first appearance with the first team.

Both teenagers will be hoping to be in action again when Fort Lauderdale go to Greenville Triumph in their next match on 2 October.

Inter Miami suffered a very difficult start to the season under Neville Sr, but results improved from August onwards and they now sit ninth in MLS after five wins and a draw in their last seven matches.

The impressive turnaround sees them within touching distance of making the play-offs despite losing six games on the spin earlier in the campaign.