The good news: Scotland are in the form of their lives and will be seeded for the World Cup play-offs. The bad news: those matches are four months away and Italy or Portugal could yet lie between them and a place in Qatar.

But let us enjoy this brave and brilliant performance for just a moment, a sixth straight victory thanks to John Souttar’s first-half header and Che Adams’ late strike bringing closure to the 100-per-cent record of group winners Denmark.

Steve Clarke’s side are getting better with each round of fixtures and saved their best of this campaign until last. At least, that is, the last of this phase of qualification. 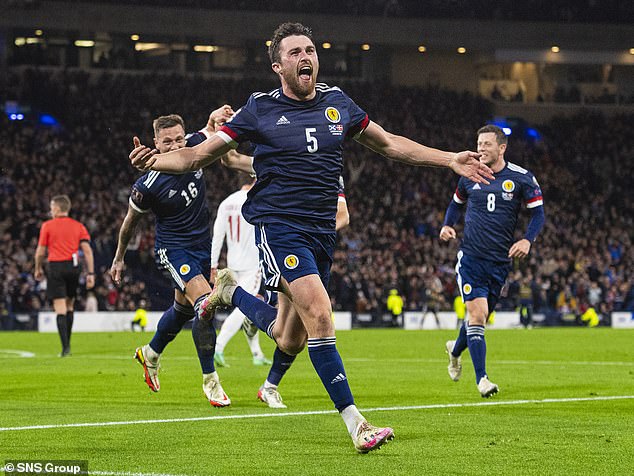 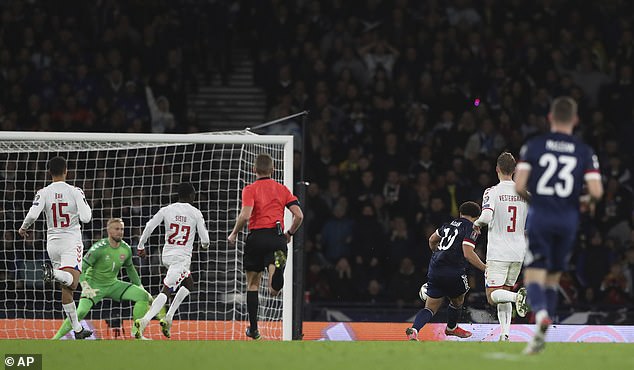 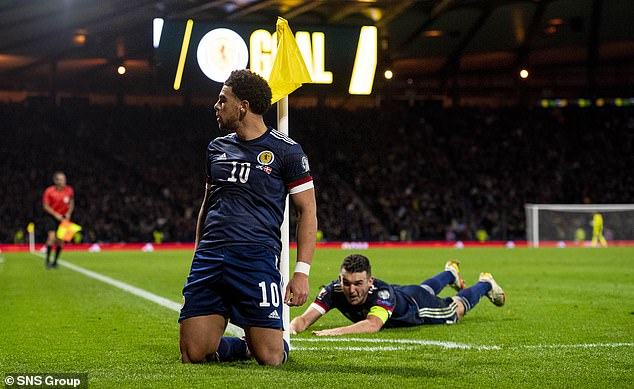 Next up is March’s play-offs, for which they are now guaranteed a home semi-final tie against an unseeded nation.

Another night like this in front of a sold-out Hampden Park and you would fancy them to advance to the final, where another one-off match awaits.

But the fate of the balls during next Friday’s draw in Zurich is perhaps just as significant as those kicked during qualification, especially when a fair wind could, theoretically, leave North Macedonia and Finland between them and a first World Cup in 24 years.

There is also another far-less attractive scenario. Serbia’s Aleksandar Mitrovic was the toast of Scotland last year when his missed penalty sent the Tartan Army on their way to Euro 2020.

Those same fans were chucking their Brew Dog at the TV on Sunday as the striker’s 90th-minute winner in Portugal sealed qualification at the expense of Cristiano Ronaldo and Co. 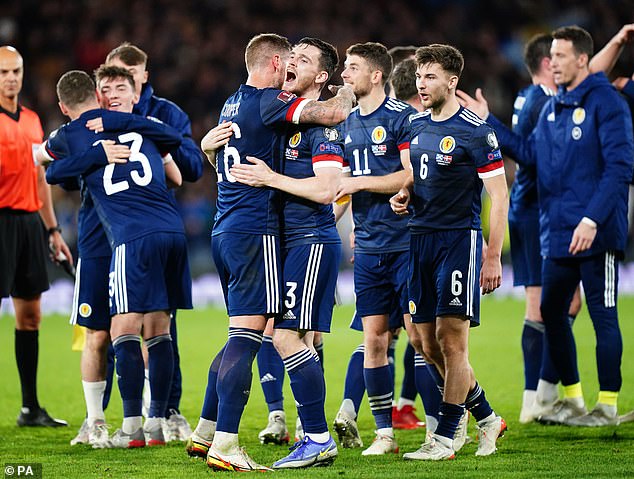 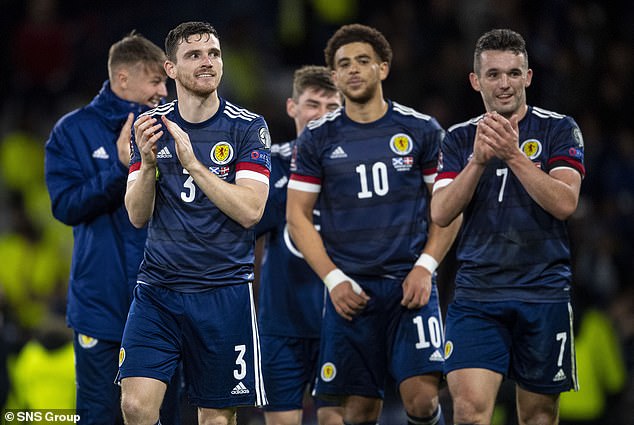 Then came news on full-time here of European champions Italy dropping into the play-offs.

For Scotland to be drawn in the same pathway as either of those big guns would, like air escaping a balloon, leave a nation deflated.

There is now a one-in-three chance of Scotland being drawn in the same pathway as Portugal and, like air escaping a balloon, such a prospect would leave a nation deflated. 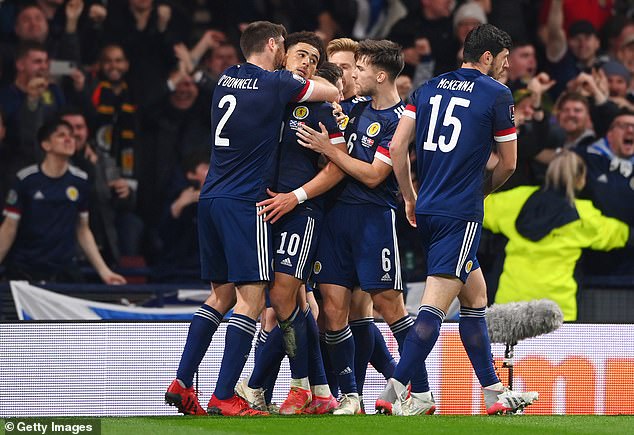 Scotland are in such good form, they’d be forgiven for wishing the play-offs were this weekend

But boy, in this mood they should not fear anyone. A chorus of ‘Super John McGinn’ was rattling around Hampden as the Aston Villa midfielder measured a corner-kick on 35 minutes.

Adrenalin pumping, McGinn’s delivery looked way over-cooked. Scotland, in fact, were just coming to the boil and, from the by-line, Liam Cooper rose to return a header onto the brow of Souttar to power in from six yards.

And a deserved victory was sealed four minutes from time when Adams scampered clear and finished with a confidence befitting his team’s wonderful display.