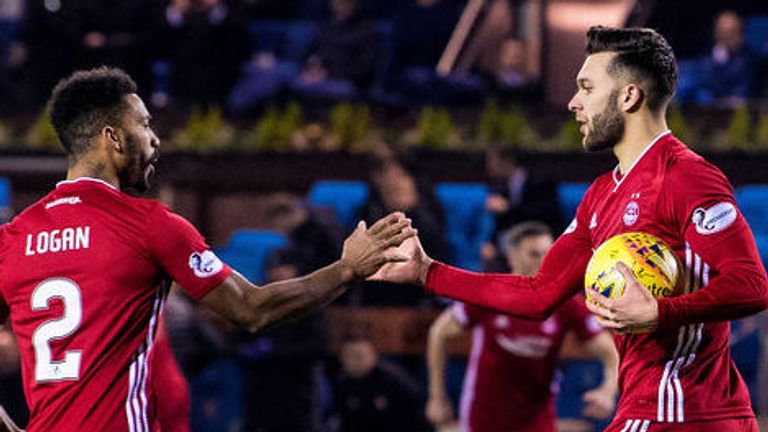 Aberdeen battled back from two goals down to claim an entertaining 2-2 draw with Kilmarnock at Rugby Park.

The hosts looked set for their first Rugby Park win over the Dons since 2011 when an Eamonn Brophy penalty and Greg Kiltie’s strike gave them a two-goal lead inside the opening 23 minutes.

But Niall McGinn pulled one back for Aberdeen before the interval and Connor McLennan drew them level five minutes into the second half.

Allan Campbell scored twice as Motherwell hit back from behind to thrash Ross County 4-1 and earn their first win in nine matches.

Liam Fontaine fired the visitors in front after just three minutes but Motherwell responded and goals from Mark O’Hara and Campbell gave them a first-half lead.

St Mirren fought out a dour goalless draw against St Johnstone, who were reduced to 10 men late on when Liam Craig picked up his second yellow card.