It has been 25 years since Arsene Wenger got his legendary stint as Arsenal manager underway.

The Frenchman departed Japanese club Nagoya Grampus to officially take charge at Highbury on 1 October 1996 – and over the next two decades he sealed a legacy as the greatest Gunners boss of all time.

In 22 years at the helm, Wenger guided Arsenal to three Premier League titles – with his 2003/04 Invincibles the first and only team in English top-flight history to avoid defeat in a 38-game campaign – while also winning seven FA Cups.

He made some terrific signings for the club, including the likes of Thierry Henry, Robert Pires and Robin van Persie.

However, there were also some absolute stinkers along the way, and we've picked out Wenger's seven worst buys below. When Arsenal captain Tony Adams picked up an injury in 2000, Wenger went out and signed the young defender from Latvian side Skonto Riga for £1.35million.

After a decent start, Stepanovs got the nod in a resounding 6-1 defeat away at title rivals Manchester United and never quite recovered, making only another 23 Gunners appearances over the next four years.

He went on to enjoy brief stints in Belgium, Denmark, Russia, Switzerland and Latvia again before retiring in 2011.

Who do you think was Arsene Wenger's worst ever signing at Arsenal? Let us know in the comments section below.

Jeffers, nicknamed 'Fox in the Box', secured an £8million move to Arsenal in 2001 after impressing Wenger in his early years at Everton.

The Gunners boss said it was a choice between signing him and Ruud van Nistelrooy, who went on to score 150 goals in 219 games for United.

It's fair to say that proved a mistake, with Jeffers only scoring eight in 39 matches amid a series of injuries and eventually being offloaded to Charlton for £2.6million in 2004. He retired in 2013 after a journeyman career with teams including Rangers, Blackburn, Ipswich and Sheffield Wednesday. 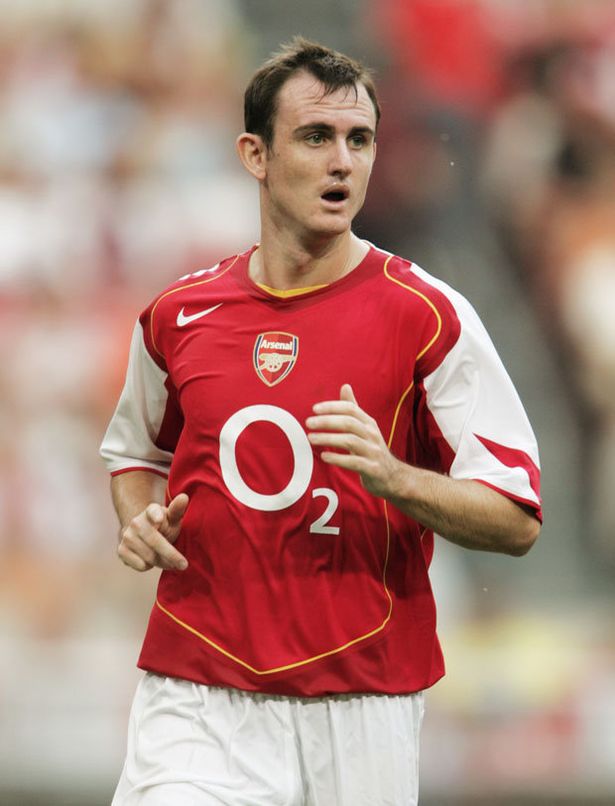 Despite only making 21 senior appearances in Brazil with Sao Paulo, Wenger forked out £3.4million to sign Denilson in 2006 and immediately branded him a mix between Tomas Rosicky and Gilberto Silva.

The midfielder went on to make over 150 appearances for Arsenal, but in that time he never managed to live up to the hype and generally frustrated Gunners fans with his lack of adventure.

After spending three years back on loan at Sao Paulo, his Gunners contract was terminated in 2013.

Without a doubt one of Wenger's strangest acquisitions, Arsenal fans were left baffled when they awoke the morning after transfer deadline day in 2008 to discover they had signed the 31-year-old defender from United.

Silvestre had fallen out of favour at Old Trafford the previous season, making just three Premier League appearances, so it wasn't a surprise that he failed to impress in his two-year spell at the Emirates.

He made a total of 43 Gunners appearances and, after stints with Werder Bremen, MLS club Portland Timbers and Indian Super League outfit Chennaiyin, retired in 2014.

Wenger's decision to snap up Chamakh on a free transfer in 2010 didn't raise any eyebrows given he had bagged 32 goals in 99 games for Bordeaux over the previous two seasons.

Yet, after netting 11 goals in his debut Arsenal campaign, the Morocco striker lost his place the following year amid Van Persie's stunning form upfront, meaning he only mustered one goal in 19 games before being sent out on loan to West Ham.

At the end of that loan spell he was sold to Crystal Palace, marking one of Wenger's most unsuccessful transfers.

The £4million defender arrived at Arsenal in 2010 with a decent reputation after featuring prominently for high-flying Sevilla in the previous couple of seasons.

But it quickly became apparent that he was not well suited to the physicality of the Premier League, making a series of costly errors that year and falling out of favour ahead of the 2011/12 campaign.

Squillaci only made seven appearances over the next two seasons and joined Bastia upon the expiry of his contract in 2013, where he brought the curtain down on his career four years later.

To this day, Chu-Young's curious three-year stay at the Emirates remains somewhat of a mystery.

The South Korean forward joined Arsenal in 2011 after recording 26 goals in 103 games for Monaco and earning himself some admirers in France, and he made a great start in England by scoring on his debut against Bolton in the League Cup.

That proved his only contribution in a Gunners shirt, as he was only afforded another five appearances that season before being sent out on loan to Celta Vigo and Watford over the next two years.

Chu-Young played in Saudi Arabia after being released by Arsenal in 2014 and is now on Japanese club FC Seoul's books.