‘It was not acceptable’: Bernardo Silva criticises Manchester City’s display against Manchester United despite Pep Guardiola insisting his side were ‘good’ in derby defeat

Goals from Anthony Martial and Scott McTominay at Old Trafford on Sunday saw City lose to United for the second time in the league this season.

The Blues also lost to their city rivals in the second leg of the Carabao semi-final. 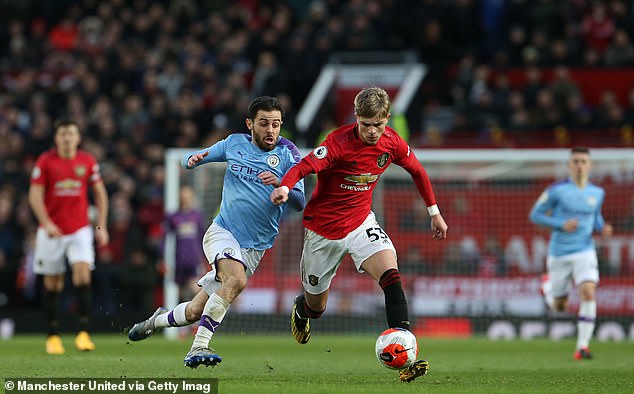 ‘It was a bad game for us. Not acceptable. We didn’t start badly and were playing quite well until we conceded,’ he said to Sky Sports after the match.

‘We know how good the Manchester United players are on the counterattack, very aggressive. So our performance was not acceptable.

‘We will have to watch the game back and listen to what Pep has to say. But a team like ours cannot lose this many games. We need to check what’s not going right and try not to make so many mistakes.’ 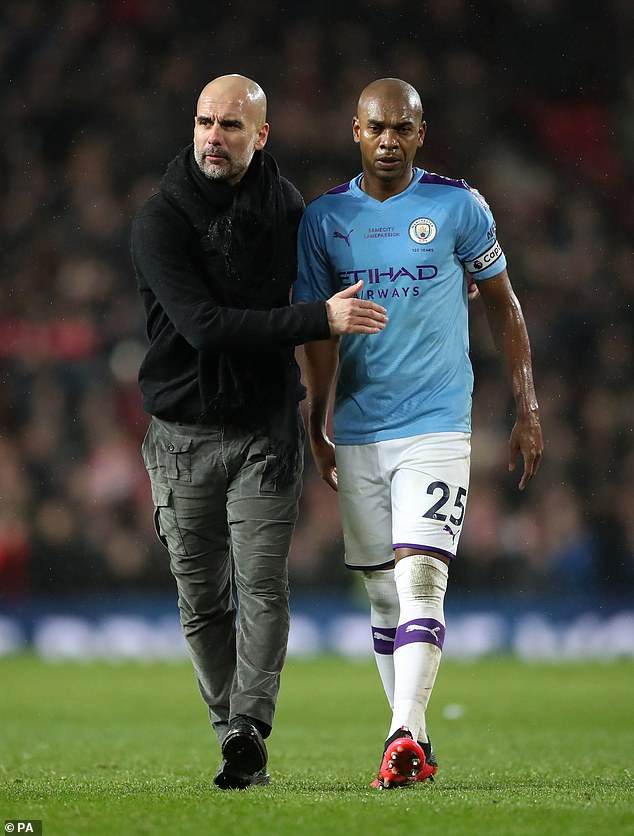 City have now lost seven games in a disappointing title defence and their latest defeat means Liverpool now need only six points from their remaining nine games to take their crown.

Despite that, Pep Guardiola was not too downbeat about the performance, disagreeing with Silva’s assessment.

‘I don’t agree with Bernardo,’ Guardiola said. ‘Over 90 minutes we played really well. In the first half we need to be a little bit more aggressive in the final third but in the second half we did it a little bit better.

‘In general we played well but congratulations United on the victory.’ 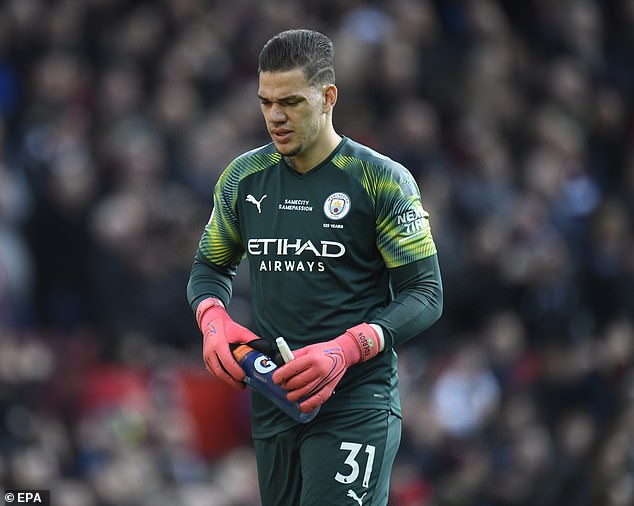 Guardiola refused to criticise goalkeeper Ederson, who was at fault for both United goals and almost gifted them another.

Guardiola said: ‘He’s an extraordinary keeper. That’s the only thing I can say. It’s part of the game so next time he’s going to do better.’

City were without the influential Kevin De Bruyne but Guardiola did not use that as an excuse.

He said: ‘What we have done the previous seasons we did it all of us, not just one or two players. Of course Kevin is so important but everyone is important.’