We won’t be rash! Tetchy Gareth Southgate insists England can’t go gung-ho in games ahead of Hungary clash and defends his side after claims Three Lions were too negative in Euro 2020 final loss to Italy

No matter how hard Gareth Southgate tries to focus on the future, he keeps getting dragged back to the past.

With England having reached their first major final for more than 50 years this summer, the country has not yet flushed it from its system.

Harry Maguire, the Manchester United captain, said on Wednesday he had not got over the penalty shootout defeat by Italy in the Euro 2020 final at Wembley. He thinks maybe he never will. 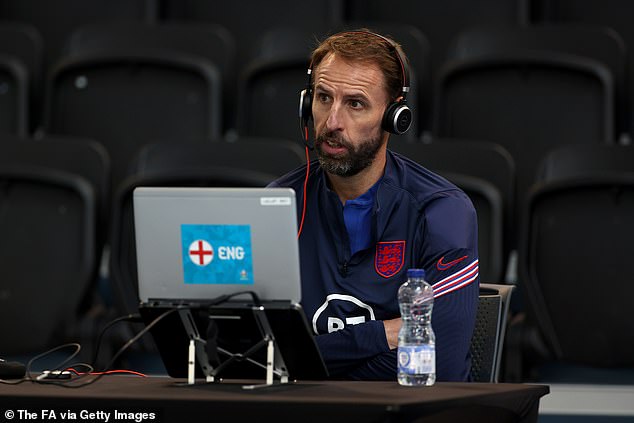 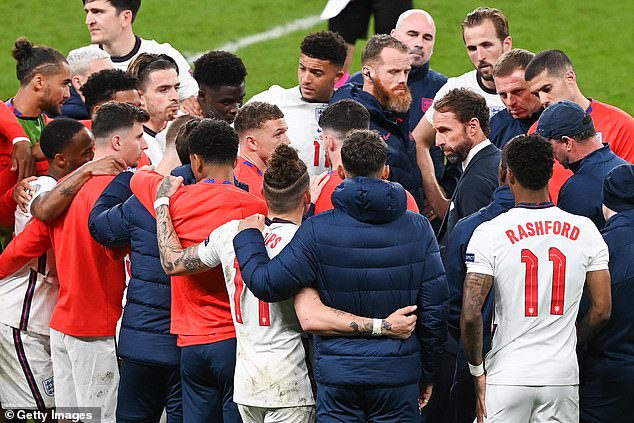 Southgate is different. The England manager wants to draw the positives from the summer, then absorb the lessons and move on.

But asked once again what he would say to those who suggest he should have been tactically more aggressive against Italy, he presented perhaps his most compelling and animated argument on the matter so far.

‘Most teams would get four in if they played two wide players and a No 10 and a nine. Or three forwards and an attacking eight.

‘But I don’t see too many teams in world football who win things playing with five attacking players and who have no tactical discipline, or who have no balance to the team. 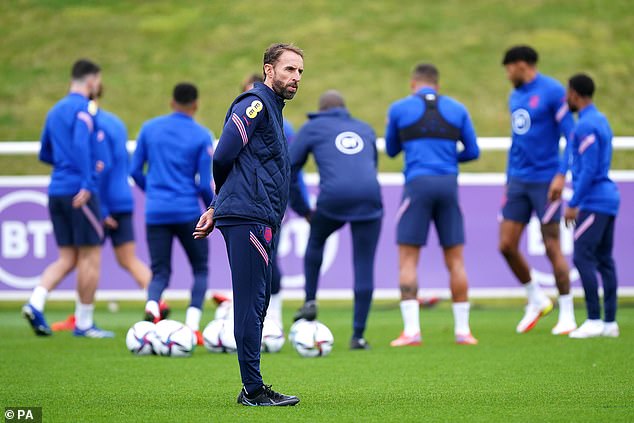 ‘Of course I understand people want to see exciting players. I get that. But I think our goalscoring record is pretty strong compared to other nations.

‘The teams that have won tournaments in the past were averaging 12 goals in those tournaments. We had 11 and Italy got 13. So we weren’t far away on that. We play good football. We build the game. We retain possession of the ball.

‘Yes, we need to do that better in the biggest matches when we are pressed intensely, without a doubt. But we can’t get every attacking player on to the pitch and some of them still have a long way to go to be the finished article.’

Southgate is irritated by this subject, make no mistake. He is not a man generally troubled by criticism. He has seen what has happened to previous England managers. So he didn’t necessarily expect to arrive here from the Euros to find flowers strewn at his door.

Nevertheless, he is clearly tired of the view, held by some, that he was too negative in the final. In his mind, England were a few better penalties away from achieving something very special. 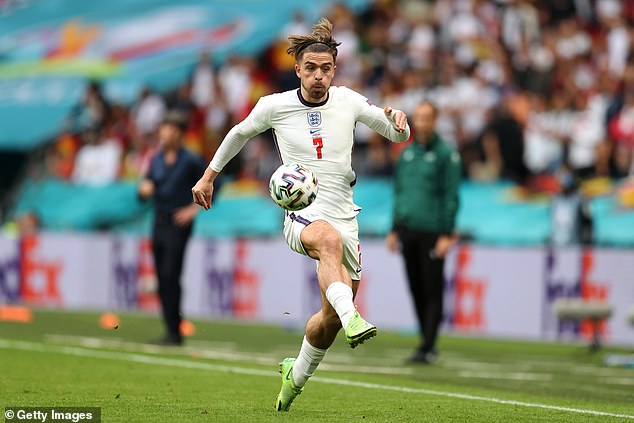 He has a point. England did not lose a game in regulation time during the tournament. Nations possessing arguably more talent — France and Belgium, for example — went home early. But the perception lingers that he should have released the handbrake and the only way to really move on now is to win more matches and make more progress.

Certainly there will be no change to England’s immediate style under the 50-year-old. On Thursday night in Budapest against a decent Hungary team, we can expect to see 4-2-3-1 employed once again.

Having made a good start earlier in the year to World Cup qualifying, England can make huge strides towards qualifying for Qatar 2022 over the next week, but they are going to have to be on their mettle to do so. Andorra face England at Wembley on Sunday, which is pretty much a gimme. But next week Southgate takes his players to Poland for the conclusion of this triple-header.

Hungary drew with France and Germany in the Euros. Poland held Spain. As such, the test for England is clear. 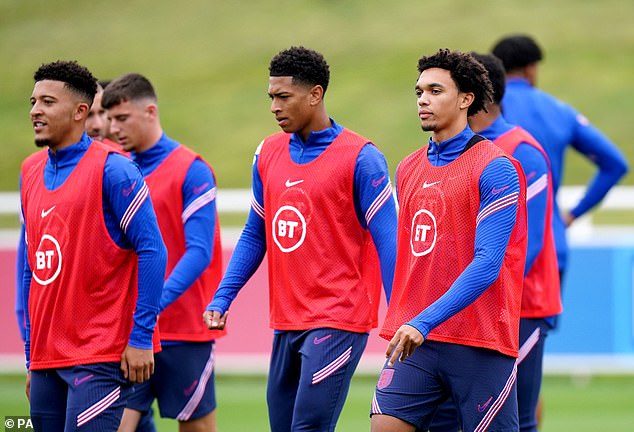 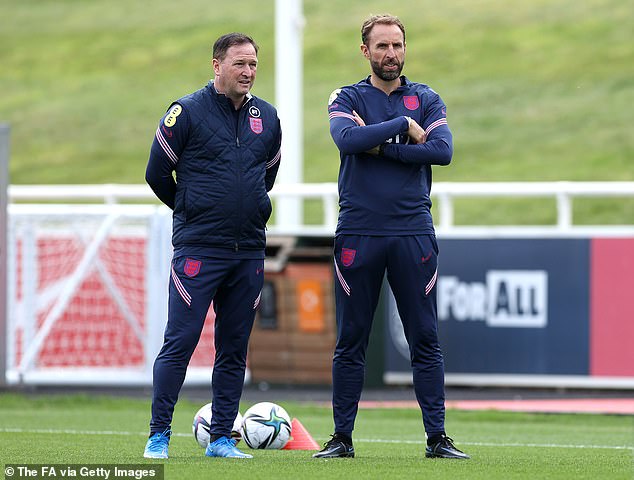 ‘We’ve got to get back to base camp now,’ Southgate said. ‘We’re not going into a final. We’ve got to play qualifying football away from home and we’ve got to give ourselves the opportunity to go to Qatar. We’ve got to have the humility to embrace that reset button and make sure we’re not just swanning around like a team who got to a final.

‘Mentally this is a good test for us. We’ve got to go away from home now in front of 60,000 fans. We have talked to the players about a different atmosphere but that is the test as a top player. You’ve got to show the resilience and the fortitude to be able to play and control these games.

‘We’ve got to become a team who perform in all those different environments that we encounter. We’ve had good matches at home but we’ve got to be able to go away and pick those results up as well.’

On this subject, Southgate is right. England were impressive in the summer but their big knockout victories — against Germany and Denmark — came at Wembley.

What would have happened had their vanquished opponents had home advantage instead? Maybe England’s displays in Budapest and Warsaw over the next week will go some way to telling us.