Spain defender Aymeric Laporte has defended team-mate Alvaro Morata after the striker missed a few big chances in the goalless draw against Sweden on Monday night.

Despite dominating the ball for large periods in Seville, Luis Enrique’s side could not find a breakthrough against a dogged Swedish side as they had to settle for a point in their Euro 2020 opener.

Morata and strike partner Gerard Moreno were both guilty of squandering big chances on Monday night yet Laporte – who chanced allegiance from France to Spain ahead of the tournament – is adamant Morata’s form will turn soon. 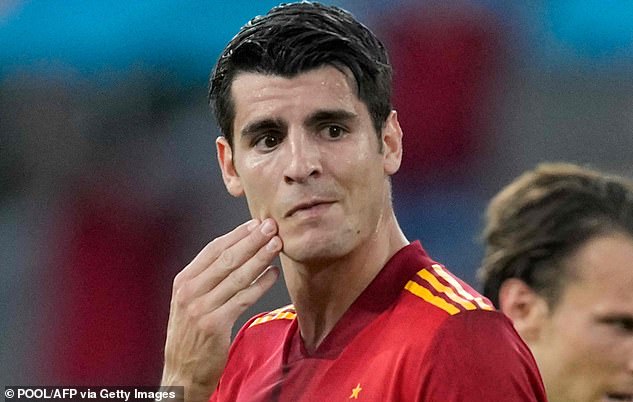 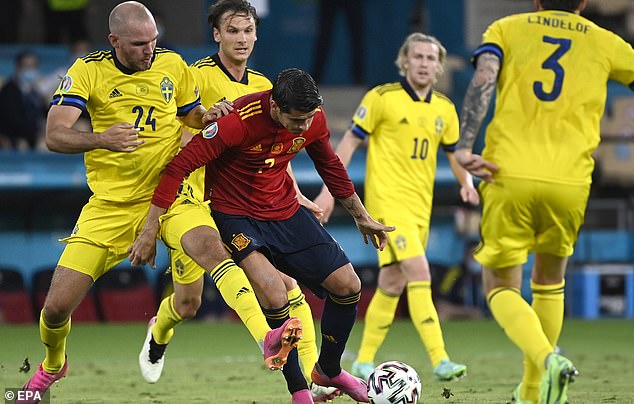 ‘You can’t doubt an attacker like Alvaro (Morata), who has already shown a lot,’ Laporta said after the 0-0 draw.

‘Next time he scores three and shuts everyone up.’

Spain boss Enrique spoke similarly of Morata, instead focusing on a turn of luck as the tournament progresses.

‘I also heard applause for Morata (not just boos), and I’ll focus on that,’ he said.  ‘Morata is a great player who does a lot of things very well.

‘No luck today, but that’s football and that’s life. It is easier to play with the public in your favour, and I hope that will change.’ 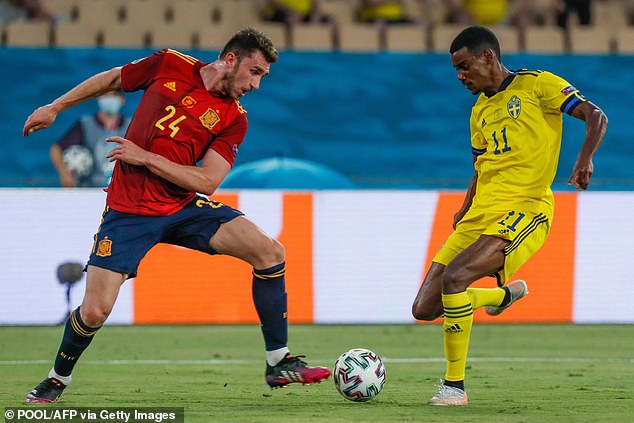 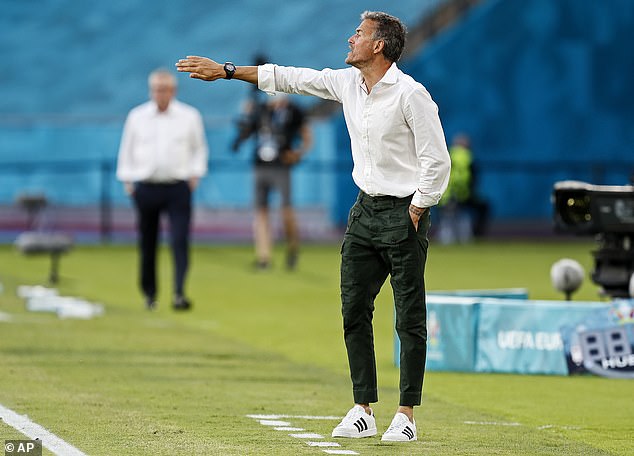 The players did receive a chorus of boos in Seville at the full-time whistle, which did not sit well with midfielder Dani Olmo.

‘I don’t understand why they boo. The fans have to support us all,’ he said after the game.

Spain next host Poland – who lost to Slovakia 2-1 in Saint-Petersburg – on Saturday in Group E.