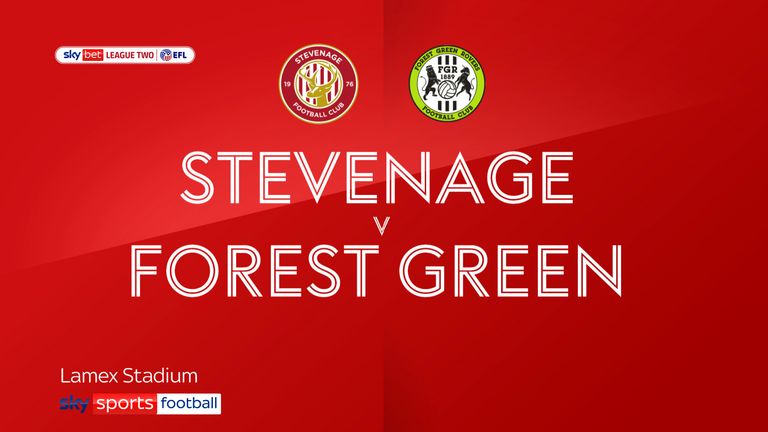 Alex Revell’s side were in the bottom two at the start of the year but now find themselves 12 points clear of trouble, while Rovers have dropped to third after a bad night at the Lamex Stadium.

Stevenage went ahead after half an hour when Luther James-Wildin’s pass put Elliot Osborne in behind down the right and his cut-back gave Newton a tap-in from a few yards.

The Boro were excellent for the remainder of the first half and it took a terrific save by Lewis Thomas, at full stretch, to prevent Tom Pett from adding to their lead.

But Thomas could not stop Forest Green from falling further behind a minute later, as Newton’s deflected effort squirmed in off the post despite the goalkeeper’s best efforts.

Elliott List made the game safe for Stevenage in the 64th minute when he left Thomas standing with a first-time shot after being played in by Chris Lines.