Arsenal boss Mikel Arteta will already be thinking about the transfer business he wants to carry out this summer – both in and out of the club. The Spaniard has already used 24 players since he came permanent head coach in December, so has had a good look at the majority of his first-team squad. Express Sport has chosen five players Arteta should look to move on, in order of who should go first.

Mesut Ozil’s agent has recently stated there is no way the German will be leaving Arsenal before his contract expires in the summer of 2021.

However, it must be the job of Arteta and Gunners chiefs to do their best to ship Ozil out as quickly as they can.

The attacking midfielder has been a regular under Arteta, starting every Premier League game his former team-mate has been in charge of so far.

But Ozil’s output this season of one goal and one assist in 17 league games is not good enough for someone who is paid £350,000 a week to create. 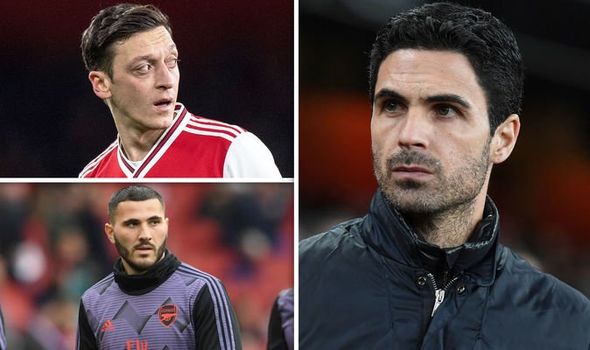 It is unlikely Arteta will see Henrikh Mkhitaryan as part of his plans going forward.

The former Manchester United midfielder has spent this season on loan at Roma and Arsenal will be hoping the Serie A side want to make the deal permanent.

Reports say they do, though that may depend on them qualifying for next season’s Champions League – Roma are currently fifth in the Italian top flight.

Like Ozil, Mkhitaryan’s hefty wages – said to be around £180,000 a week – is something Arsenal could do without paying next season.

Mohamed Elneny has also been out on loan this season, at Turkish giants Besiktas.

He has been a regular starter during his time there and there have been reports that the player is keen on signing permanently.

There is no place for Elneny under Arteta, with the Egyptian little more than a capable backup for cup competitions.

He still has a couple of years left on his Arsenal deal so could attract a notable fee. 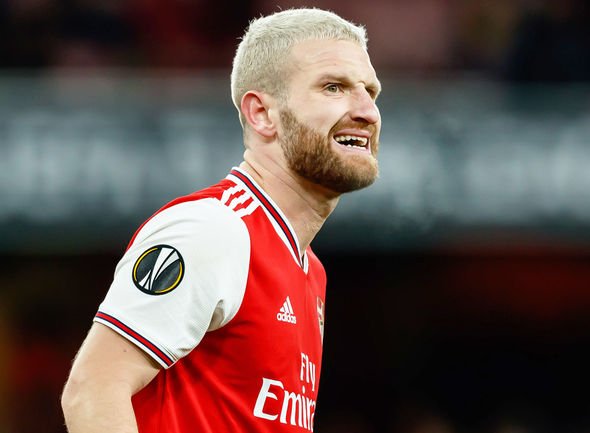 Left-back Sead Kolasinac may not be high up some fans’ list of players they want to leave but there are a few reasons why he slots in at No 4.

Kolasinac has struggled with injuries a lot during his time at Arsenal, especially this season where the Gunners have had to rely upon 18-year-old winger Bukayo Saka in defence for the last few months.

Kieran Tierney is also rather injury prone and has made just 5 league appearances since his summer move from Celtic – though he is due back soon from the dislocated shoulder he suffered in December.

Kolasinac looks set to miss a number of matches now with a shoulder injury of his own but the 26-year-old has also not been convincing both defensively and attacking when he has played, so getting a fee this summer for a player who joined for free three years ago looks like a good deal.

Shkodran Mustafi may have been higher up this list a few months ago but at times his performances under Arteta have been somewhat impressive.

That being said, Arsenal should still look to move the German on in the summer.

With David Luiz and Sokratis Papastathopoulos both the wrong side of 30, 27-year-old Mustafi is arguably the only one of the trio who has a chance of attracting a reasonable fee.

None of the three defenders named should be in Arteta’s long-term plans but getting some money for Mustafi to spend on improving that area of the pitch could be crucial.