Goals from Ivan Toney Vitaly Janelt and Marcus Forss saw them come from two down to sink Bournemouth 3-2 on aggregate and reach the Wembley final for the second successive season.

Frank, who whipped up the 4,500-strong crowd before and throughout the match, said: “What a rollercoaster of emotions. Only sport, and especially football, can do that. 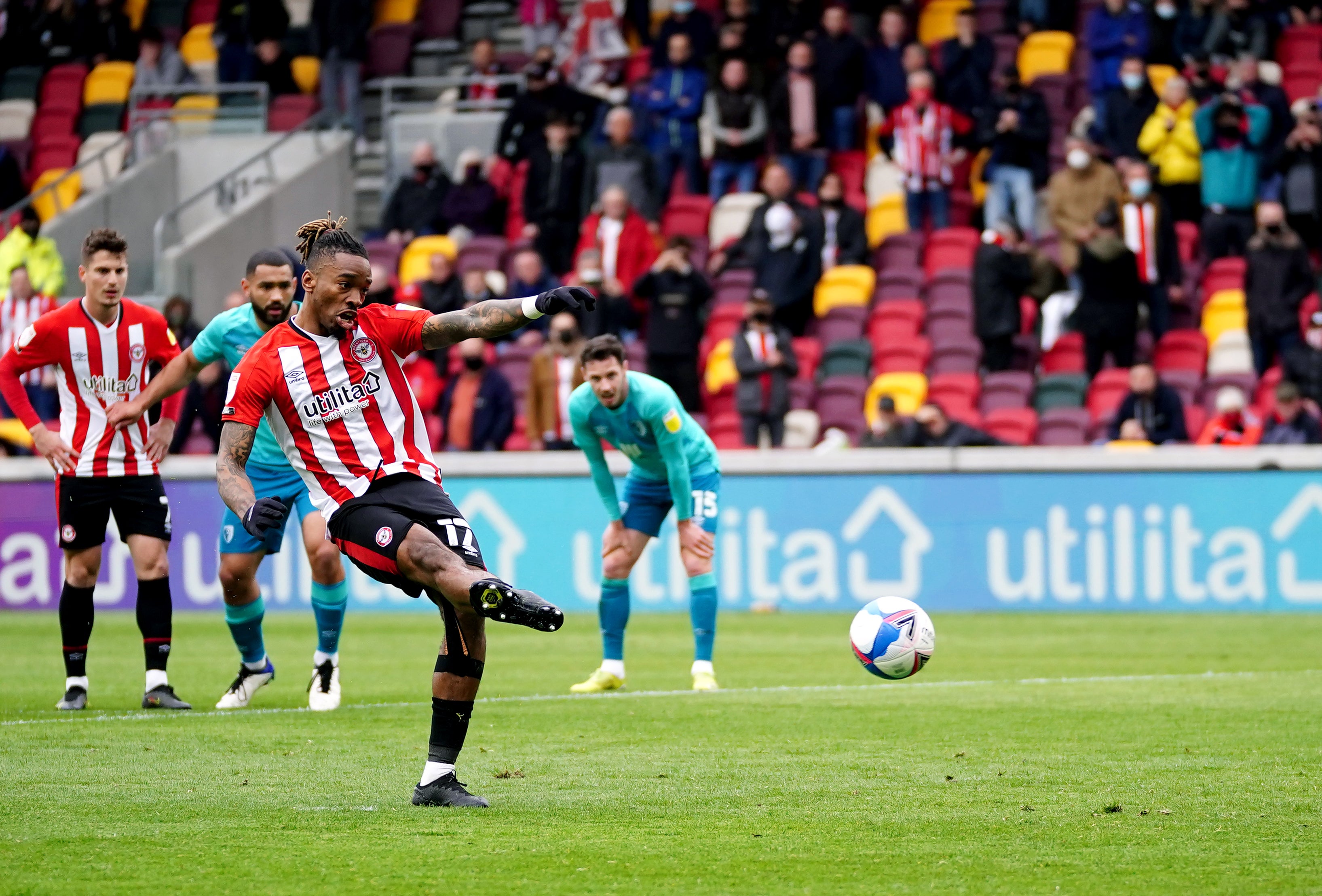 On his run around the pitch prior to the match, Frank added: “We knew our fans would be a factor – I’d never do that, it’s not what I really want to do, but I went a little bit out of my comfort zone because these games are always about the finest of margins.

“We have achieved something big and we know the ultimate is to win on Saturday. There is a long, long way before we are across the line.”

Bournemouth went 2-0 up in the tie when Arnaut Danjuma, who scored the only goal in the first leg, ran the length of the field from a cleared Brentford corner and finished past David Raya.

But Brentford were handed a lifeline in the 15th minute when a cross from Emiliano Marcondes hit the arm of Lloyd Kelly as he slid in to block.

With no away fans present you could have heard a pin drop as Toney stepped up to take the penalty, but the striker calmly slotted home his 32nd goal of the season to haul his side level on the day.

Bournemouth, already indulging in persistent timewasting to the evident frustration of Frank, were reduced to 10 men after 28 minutes when former Bees defender Chris Mepham saw red for bringing down Bryan Mbeumo.

Five minutes into the second half Brentford were level on aggregate after Janelt’s  shot looped into the far corner, and with 10 minutes remaining Marcondes got away down the left and cut the ball back for Forss to prod home. 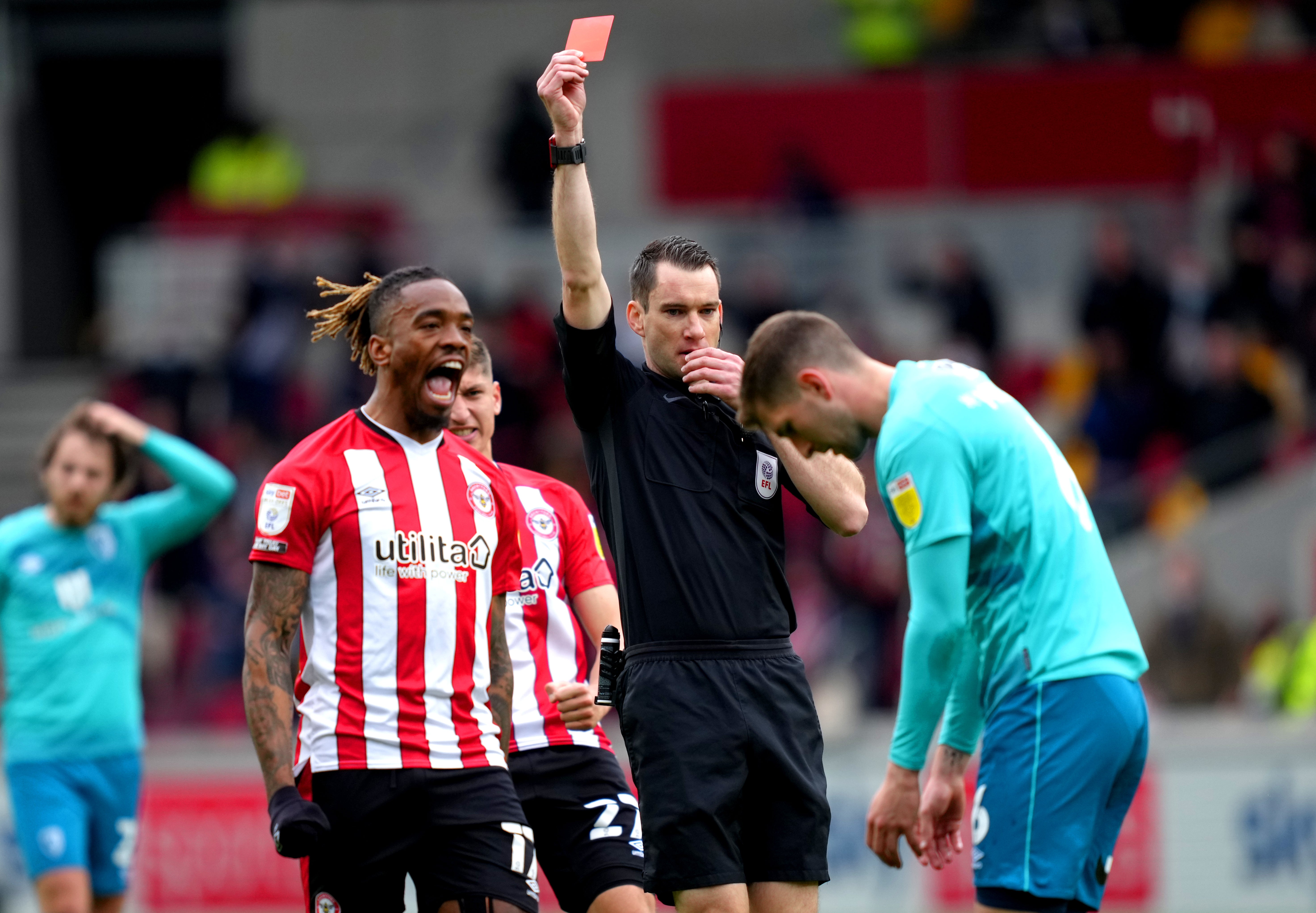 Cherries boss Jonathan Woodgate admitted the fans played a big part as he blasted the decision to award a penalty for Kelly’s handball.

“I’m absolutely devastated to be honest, the players are as well,” said the former Leeds and Real Madrid defender.

“But I can’t for the life of me see how he’s given a penalty – it hit his thigh then his hand.

“I thought the fans got on top of the referee, and their coaching staff did. Honestly, it’s beyond me how he gives it.

“That changes the game, then we make an error with the red card and it’s difficult enough playing here with 11 men, let alone 10 men.”

Woodgate, appointed Cherries boss in February until the end of the season, could not comment on his future.

“It’s been a crazy few months,” he added. “At the end of the day it’s not my decision.”