Brentford manager Thomas Frank believes his side will be all the better for Wednesday’s Carabao Cup run-out against Chelsea, even though they lost.

The Bees’ hopes of reaching the semi-finals of the competition were dashed as they conceded twice in the last 10 minutes to go down 2-0 to Thomas Tuchel’s side at the Brentford Community Stadium.

After two Premier League postponements for coronavirus-related reasons, however, Frank was simply happy to be back in action. 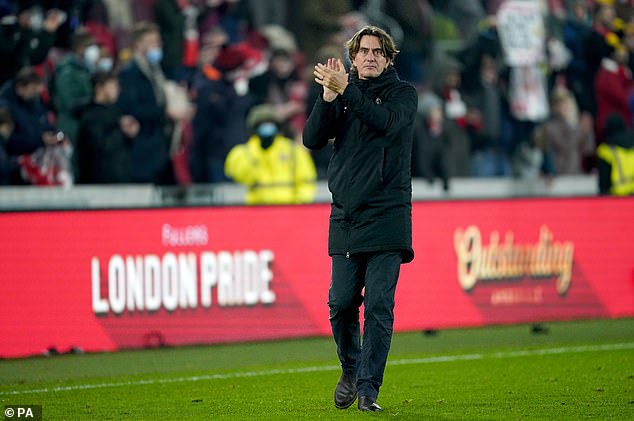 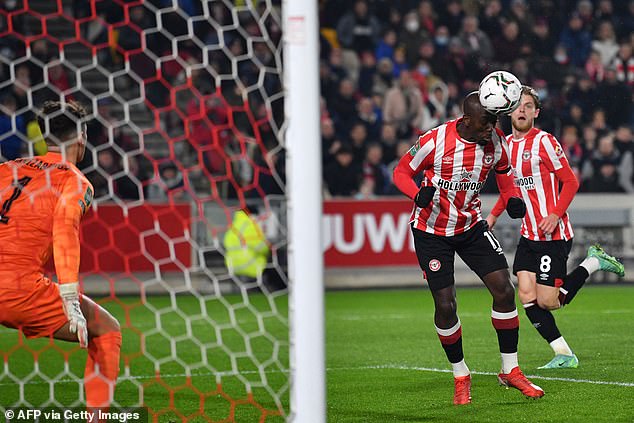 ‘I think the game was very important for us to get up to speed,’ said the Dane, whose side travel to Brighton on Boxing Day.

‘After six says where we couldn’t train – yes they were running but it’s not the same – you saw the impact of that when training (resumed).

‘There were quite a few of the players that didn’t feel that fresh and were struggling in certain spells.

‘They got through it because it was only six days but now the system just got that boost and they will be ready to go on Boxing Day.’ 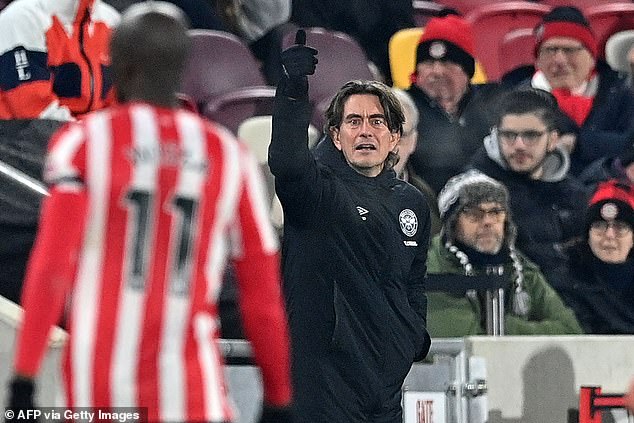 The game on Sunday will be Brentford’s first league outing in 16 days after games against Manchester United and Southampton were called off following Covid-19 outbreaks at clubs.

Frank has confirmed there have been no new positive cases among his squad this week.

Frank is hopeful main striker Ivan Toney will be ready to start at the Amex Stadium. 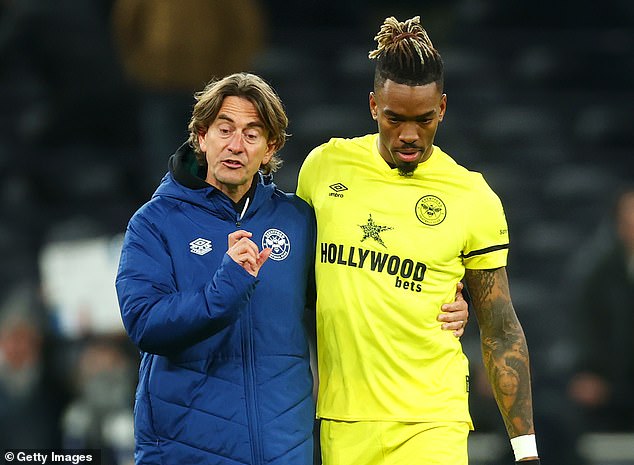 The 25-year-old, who has scored five goals this season, returned as a second-half substitute against Chelsea having been one of the players to have contracted the virus.

Speaking at a press conference, Frank said: ‘Let’s see, but it’s no secret that if he’s fit and available I would like to start him and try to play him as many minutes as possible.’