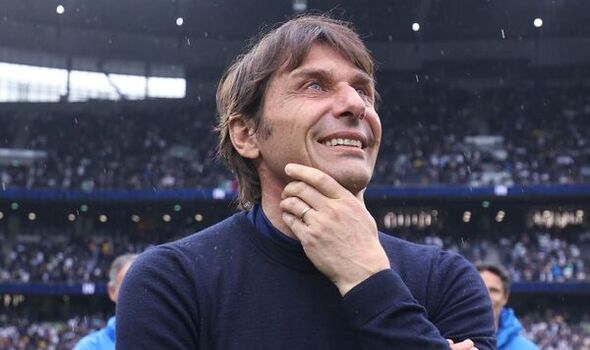 Tottenham took a giant step towards Champions League qualification for next season on Monday night after their bitter rivals Arsenal slipped up with a 2-0 defeat to Newcastle. The result means Spurs only need a point against already-relegated Norwich on the final day of the campaign to seal a fourth-place finish.

It would be a remarkable achievement given that they were languishing down in ninth position when Antonio Conte was appointed as manager back in November. And the financial boost that playing in Europe’s elite competition offers means that there will be pressure on chairman Daniel Levy to splash the cash on new signings in the summer. Here, Express Sport look at four potential transfers Spurs could be pursue if they get the job done and finish fourth…

Dybala is one of the most attractive-looking free agents this summer after it was decided that he would not sign a contract extension with Italian giants Juventus. The 28-year-old forward is a player who Conte will know well from his time in Serie A.

And the lure of linking up with Conte, along with the offer of Champions League football, may well make Spurs an intriguing proposition for the Argentinean. They could face competition for his signature, however, with Jose Mourinho’s Roma and Manchester United also thought to be keeping tabs on his situation.

Conte is believed to be keen on prioritising another centre-back in the transfer window to line-up alongside the likes of Cristian Romero and Eric Dier. One of the defenders Spurs are thought to have been keeping a close eye on is Croatian Gvardiol, who has impressed in Germany for RB Leipzig this season.

The 20-year-old made a total of 45 appearances in all competitions for his team, helping them secure a fourth-place finish in the Bundesliga. With Leipzig likely to demand at least £40m for his services, however, it remains to be seen whether Levy would be willing to splash out so much on a relatively inexperienced player who is yet to be tested in the Premier League.

Closer to home, England U-21 wing-back Spence is another who is attracting the interest of some of the biggest teams in Europe. The London native has shone in the Championship for Nottingham Forest on loan from Middlesbrough, and looks destined to move on to bigger and better things in the summer.

With the wing-back position a crucial position for how Conte’s teams operate, Spence looks on paper like he could be a perfect addition to the squad.

A bit more of a left-field shout, perhaps, but if Conte is looking for a bit of flair and unpredictability to add to his attacking ranks, he could do much worse than Richarlison. The Brazilian has impressed again for Everton this season despite their woeful campaign, scoring nine goals and creating five assists in the Premier League.

Richarlison looks certain to demand an exit in the summer regardless of whether or not the Toffees are relegated, and the prospect of him linking up with the likes of Harry Kane and Son Heung-min is an intriguing one. Whether it comes to pass, however, remains to be seen.