In these modern times, few can lay claim to having a more fitting surname than Eric Dier.

The spelling might be slightly different, but the pronunciation is the same along with the official meaning of it – 'very serious, extreme or bad'.

Three words to sum up the actions of what this England and Tottenham role model did following his side's FA Cup defeat to Norwich on Wednesday night.

You can have fun with names like Margaret Court (tennis), Usain Bolt (sprinting), George Best (football) or even Bob Flowerdew (gardening). But the cretinous behaviour of Dier is no laughing matter.

The term 'full kit w*****' was coined for John Terry after he decided to slip on his Chelsea strip to lift the Champions League trophy in 2012, despite being suspended for the final in Munich. Fast forward to this week and we've now had Dier, also in full work gear, climbing over the pitch side barriers and into the stand to confront a supporter who had abused him – and then got into an altercation with the player's brother sitting nearby.

The Football Association and Spurs have launched an investigation and Dier is now facing the prospect of a hefty fine and suspension.

Two blokes falling out and abusing each other in the stand is common practice. It's called life. It happens at every game and is part of the fabric of football. Like it or not, fans pay their money and are entitled to their opinion, as long as they remain within the boundaries of what is deemed acceptable.

What isn't part of that same fabric of the game is an experienced, international player taking it upon himself to charge into the corporate section of a ground to settle a score with a punter who has said something he doesn't like.

It might just prove to be the most significant and memorable thing Dier does all season.

His indefensible behaviour reflects his current state of mind, as well as the rapidly deteriorating campaign of this ragtag Spurs team under the increasingly flawed and dated leadership of Jose Mourinho. How has it come to this? Nine months ago one of the brightest, young managers in the game had led Spurs to their first Champions League final. The future looked bright under Mauricio Pochettino.

The decline since has been as rapid as the same Mr Bolt I mentioned earlier, but the dark clouds were hanging over Dier long before Spurs' remarkable fall from grace began.

He found himself on the fringes of the team towards the end of last season and little has changed this time round. Dier, who has also been jettisoned from Gareth Southgate's England squad, was hauled off after just an hour of the recent game with Aston Villa.

Dier personifies the current state of his side. He looks lost, devoid of focus and rational thinking.

But in one moment of madness Dier forgot all of this. He stuck two fingers up to protocol. He rode roughshod over the basic principles a professional footballer should adhere to and brought shame on himself and those who pay his sizeable wages.

It was downright embarrassing and pathetic. No arguments Eric, the authorities have to throw the book at you. The European side won't need much motivation heading into their Ryder Cup showdown with Team USA in Wisconsin this autumn.

Europe have won the biennial competition nine times out of the last 12 – on both continents it has to be said.

Spanking the Yanks has become almost routine, but if our European stars want an extra incentive to defend the trophy at Whistling Straits in September, all they have to do is pin the name of Paul Azinger on the locker room wall.

Outspoken Azinger provoked outrage after questioning the bottle of Englishman Tommy Fleetwood as he looked to win the Honda Classic in Florida.

In the process, Azinger belittled the European Tour after claiming European players have to win on the PGA Tour to prove themselves and what they've achieved closer to home counts for little or nothing. 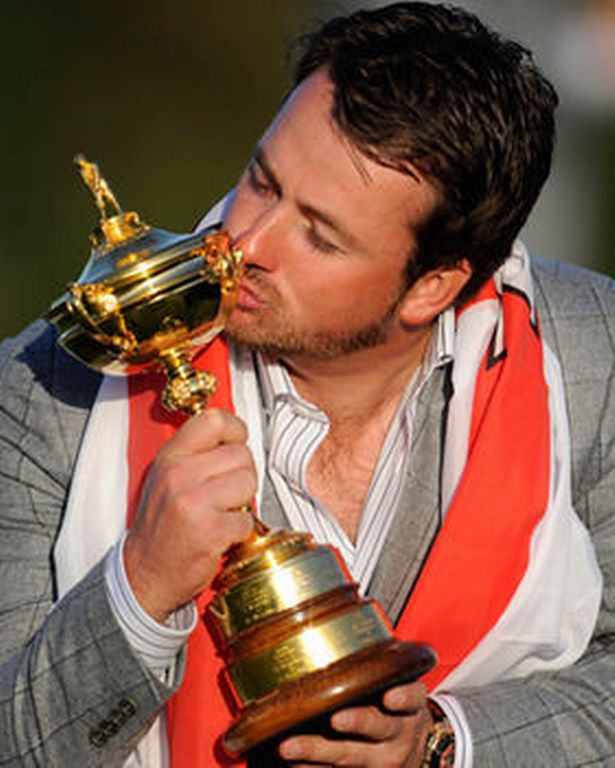 Azinger's remarks were disrespectful, condescending and arrogant and the 60-year-old should know better at his age.

But amid all the backlash on social media it took a neutral in the shape of Australian commentator Wayne Riley to make the most valid point of all.

Riley said: "There are other places in the world to win golf tournaments than the United States. Maybe the Americans should go play on the European Tour – it might help them win the Ryder Cup (for once)".

Azinger is entitled to his opinion of course – and some idiots might even agree with him – but irrespective of whose side you choose to be on, they are sure to add a hefty dose of extra spice to the latest edition of one of sport's greatest occasions.

So buckle up, it could be a very bumpy ride.