Tottenham star Dele Alli looked “lost” as a false No 9 in Spurs’ FA Cup fifth-round clash against Norwich on Wednesday, says former Stoke and Burnley forward Jonathan Walters. Tottenham boss Jose Mourinho claimed before the match Alli is currently his best option as central striker. That is because both Harry Kane and Heung-min Son are currently missing due to injury.

However, Walters was not impressed with the England international in the first half for the visit of the Canaries.

Spurs took an early lead though Jan Vertonghen’s header but Walters says the hosts did not kick on in the remainder of the half.

“I think in the first half an hour you saw a decent performance from Spurs,” Walters said on the BBC.

“[Lucas] Moura and [Giovani] Lo Celso were causing problems, Dele Alli looks a bit lost up there as the No 9. 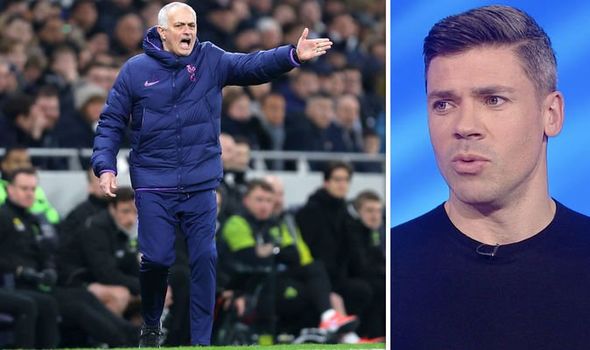 “They scored the goal and they seemed to just sit off and let Hanley and the other centre-back have it.

“There was no pressing whatsoever, it was almost like ‘you two have it, we’re happy to sit here and let you have it’.

“To be fair Norwich at that time didn’t really cause them any problems.

“So from that point on, because they were sitting off, there was no tempo to them, there was no real chances until the end and Norwich got the better of them and sort of came into the game the more it went on.”

Mourinho named 18-year-old striker Troy Parrott on the bench, who the Spurs boss has said he will introduce to the first-team gradually.

“Our solutions are the solutions that you know,” Mourinho said.

“We do different things according to matches and feelings.

“Is Dele, from all of them, the one that has more the profile of a number nine? Yes, he is probably the closest one to it. 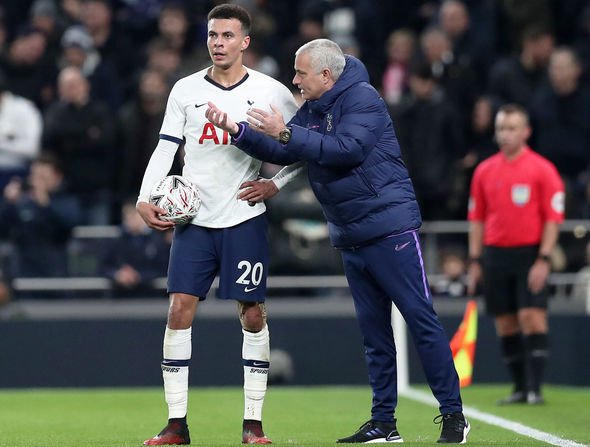 “So sometimes Dele, sometimes Lucas and a little bit of Parrott, step-by-step too. So there you go.”

“What a delivery,” he added.

“You start off the game really well and that’s an unbelievable delivery.

“But Vertonghen there has a free run. He just ducks, he just lets him run and Vertonghen will be just rubbing his hands at that.

“He’s got the two at the back, he’s got a free run, not even a block on him. He ducks out the way, nice little finish.”