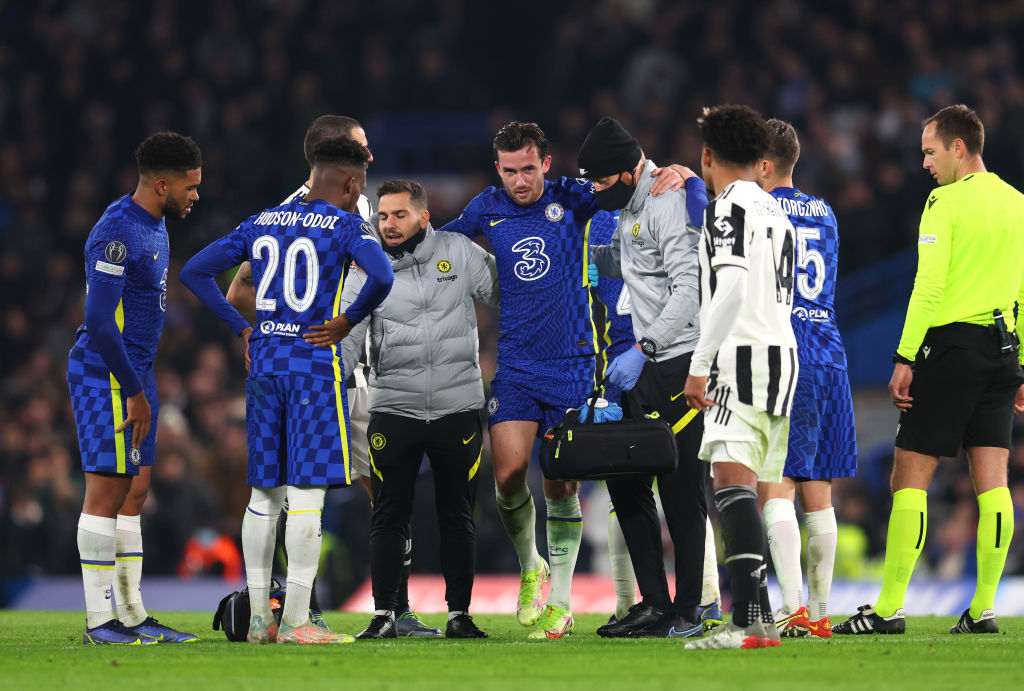 Chelsea enjoyed a fantastic 4-0 win over Juventus in the Champions League on Tuesday night, but it was marred by both N’Golo Kante and Ben Chilwell suffering knee injuries.

Goals from Trevoh Chalobah, Reece James, Callum Hudson-Odoi and Timo Werner gave the Blues the resounding win at Stamford Bridge, but manager Thomas Tuchel was hit with some bad news as well.

Kante limped off in the first half, replaced by Ruben Loftus-Cheek, while Chilwell looked in more pain in the second half as he was helped off the field, replace by Cesar Azpilicueta.

Tuchel could clearly not go into too much detail immediately after the match, but confirmed that they were concerning knee injuries for the midfielder and the left-back.

‘He [Chilwell] has a sharp pain in the knee, unfortunately N’Golo as well, he twisted his knee a little bit,’ Tuchel told BT Sport. ‘I can tell you more tomorrow, they will both be examined

‘Chilly is in a fantastic moment, so, so important for him personally, so, so strong. Let’s hope for the best.’

Both Chilwell and Kante have been in fine form for the Blues in recent weeks and will be big losses if they are to miss the upcoming matches.

Chelsea host Manchester United on Sunday in the Premier League, followed by a trip to Watford and West Ham visiting Stamford Bridge.