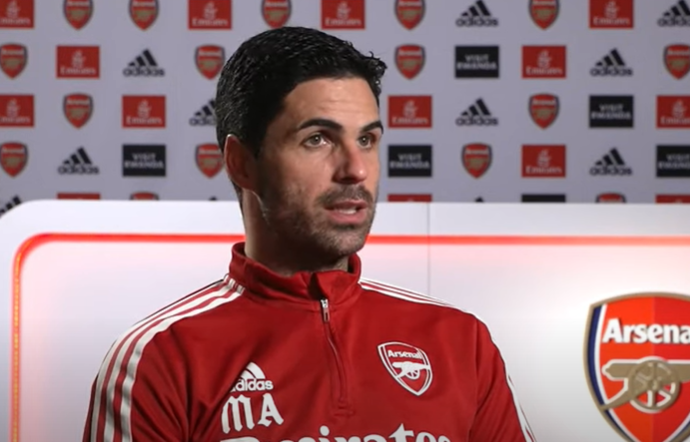 Mikel Arteta has played down the suggestion of Arsenal looking for short-term quick fixes in the January window in a bid to seek cover for two of his most experienced central midfielders.

A lack of European football this season has allowed the Spaniard to comfortably manage the workload of his squad which was able to cope admirably without the services of Granit Xhaka, who missed nearly three months with a knee injury.

Arteta is set to be left short next month, however, with both Thomas Partey and Mohamed Elneny set to participate in the Africa Cup of Nations, while it remains to be seen how quickly Sambi Lokonga recovers from a bout of Covid.

Arsenal have been stung before in the past by taking gambles in the January window, but they have largely backfired with Kim Kallstrom and Denis Suarez the two most obvious examples.

Both players struggled to make any sort of impact in the Premier League and were discarded after less than six months and Arteta is keen to avoid making a similar mistake.

‘I don’t think we are going to be able to sign players just for this short period of time,’ said Arteta.

‘I think it’s a little bit unrealistic. But we will sit down now and make the right decision if we can.’

‘No, I think they have shown always the support,’ he added when asked if he felt he had enough support from the club’s board in the transfer market.

‘Since I’ve been here it’s always been the case. We have tried to explain the plan that we want to put in place really openly.