West Bromwich Albion have appointed Valerien Ismael as their new head coach after agreeing a compensation package with Barnsley.

The 45-year-old has signed a four-year contract at The Hawthorns.

Chief executive Xu Ke told the club’s website: “I am delighted to welcome Valerien to The Hawthorns. Valerien has established a reputation as an excellent coach and I have been impressed by his professionalism, enthusiasm and hunger to succeed.

“His performance last season with Barnsley, and his coaching career to date, all point to a man who has a long, successful career in front of him. It is my hope that he is with us for at least the next four years.

“I am confident that by working together we will be able to achieve our goal of returning to the Premier League, but success is earned by building on strong foundations, and our plans must now look further into the future.” 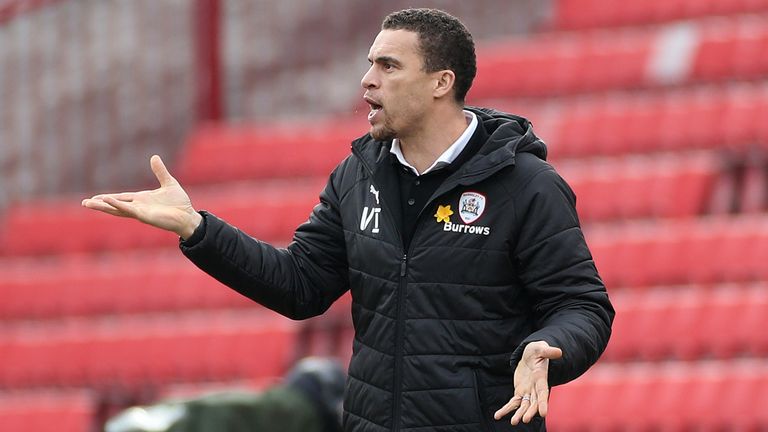 Ex-Wolfsburg boss Ismael led Barnsley to the Championship play-off semi-finals last season, where they were beaten by Swansea City.

He has previously managed Greek club Apollon Smyrnis and Austrian side LASK.

The Frenchman, who will join the first-team squad for pre-season training after a quarantine period, said: “I feel really proud to have accepted this challenge and after talking with Ken [Xu Ke] about the project here, and how we would integrate a new identity, I’m ready to get to work.

“I feel a big responsibility but I’m ready for this job and I am delighted to be here.

“I know a lot about the club’s history and the atmosphere at The Hawthorns, which is an amazing stadium, and the fans make it a special place to play.

“This was the next step I wanted to take in my career and I’m ready to work with everyone at this club. Although there’s going to be a lot of hard work this season, I am excited for the big task in front of us.”

Former boss Sam Allardyce quit the Baggies at the end of last season following the club’s relegation to the Championship.

The club’s owners decided not to pursue former Sheffield United boss Chris Wilder for the role and then talks broke down with former Huddersfield boss David Wagner.

Sky Sports News reported in May that Swansea boss Steve Cooper and former Chelsea manager Frank Lampard were also on the club’s shortlist of candidates to replace Allardyce.